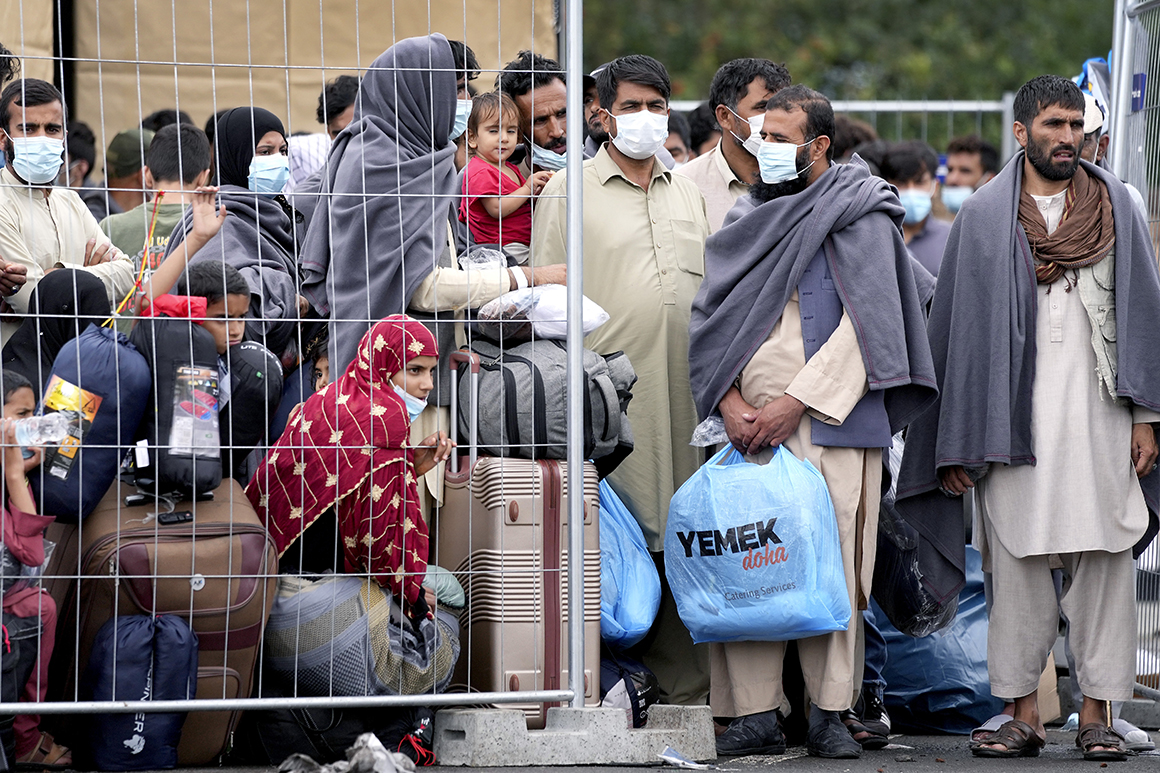 A US official confirmed the CIA’s involvement in the evacuation, noting that the agency “worked closely with other agencies to facilitate access to the airport for U.S. citizens and Afghans in various ways.”

The New York Times first reported that the United States used the base for evacuations. However, the full extent of the operation in the last days of the evacuation effort has not been previously reported. A CIA spokesman declined to comment on the operation.

At least some of the evacuees were taken by plane from the secret connection, known as Eagle Base, to the airport to bypass the chaotic crowds and the terrorist threat around the gates. Several helicopter flights operated by a US company flew from an area around Eagle Base to Kabul airport beginning on August 15, when the Taliban took control of the city, according to flight data obtained by POLITICO.

Flight data suggest that some of the evacuees were flown to Germany. During the same period, aircraft owned by a US government contractor flew from Kabul Airport to Ramstein Air Base in Germany.

The effort was coordinated with US diplomats and staff, who were moved from the embassy to Hamid Karzai International Airport after the Taliban took control of Kabul. The diplomats had communicated directly with US citizens trying to leave Afghanistan but feared for their safety – especially after the embassy publicly urged Americans not to travel to the airport last week amid an attack by the terrorist group ISIS-K.

The Pentagon’s joint special operations command also helped reach hundreds of American citizens inside Kabul and around the country.

The House Intelligence Committee was briefed on the operation in August, two sources said, as lawmakers from both sides sought details from the Biden administration about efforts to evacuate Americans from Afghanistan. A spokesman for the committee declined to comment.

Eagle Base, the sprawling CIA complex located less than three miles north of the airport, has a controversial history. The base was established early in the Afghanistan conflict at a former brick factory and was used by the CIA from 2002 to 2004 for “intensified interrogation” of terrorist suspects. The CIA also used it to train Afghan counter-terrorism units.

But in the rush to leave Kabul in recent weeks, the connection provided a crucial staging base for evacuees hoping to get out of Afghanistan – before being demolished on August 27 as part of efforts to ensure no sensitive equipment or intelligence would fall into the hands of the Taliban.

As the overall evacuation effort continued, the threat from ISIS-K terrorists to specific gates at the airport grew. U.S. officials began instructing U.S. citizens to go to various gates to gain access to the airport for evacuation.

As the threat shifted, officials constantly mixed it up, the defense officer said – one day instructing people to go to a gate and the next day telling them to meet somewhere else.

U.S. officials also instructed civilians and vulnerable Afghans, including commandos, to take to Eagle Base as a safer stopover en route to the airport.

During a call at 4pm on August 25 in Washington or at 12.30 on August 26 in Kabul posted countermeasure. Peter Vasely, the commander of the U.S. forces in Afghanistan, that about 1,000 out of 2,000 Afghan commandos were to be evacuated, along with a number of U.S. citizens who came from Eagle Base, had been sent to the airport.

These people came out just in time. Just hours later, around 6 p.m. 18:00 in Kabul on August 26, an ISIS-K suicide bomber detonated an explosive device just outside the airport, killing 13 US officials and hundreds of Afghans.