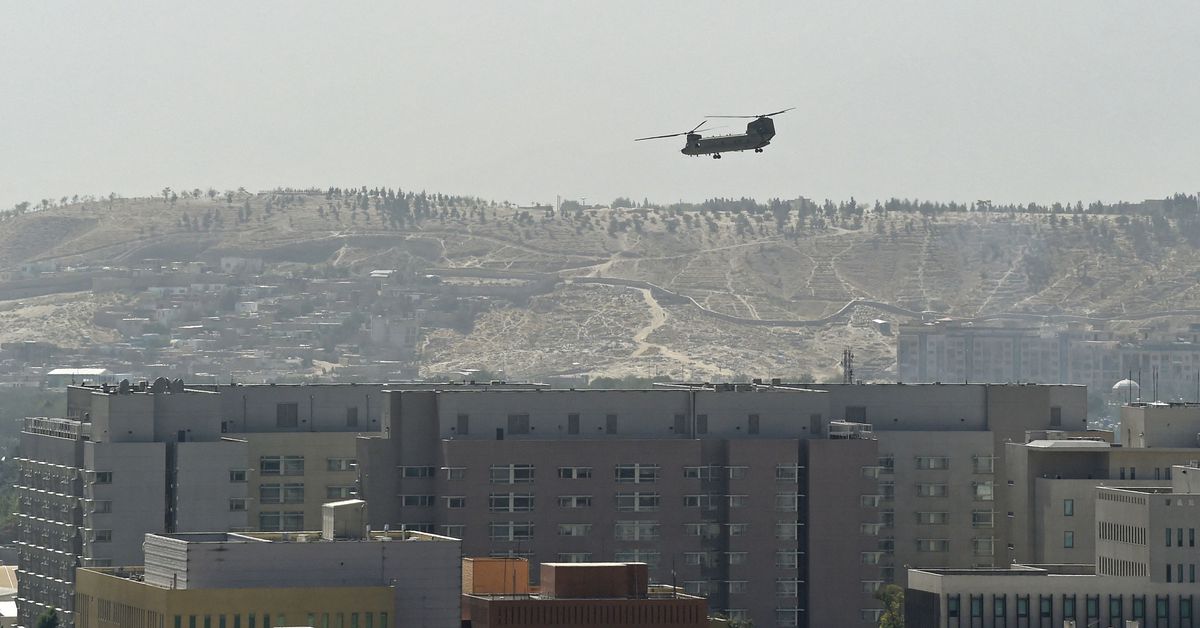 On Sunday morning, the Taliban successfully reached Afghanistan’s capital, Kabul, after an accelerated move across the country, with the militant group quickly seizing the last government-controlled detentions within the last week.

The Islamist militant group’s successful conquest of the capital marks the final stages of the Taliban’s full takeover of the country. The Taliban has accelerated its operations to gain control of Afghanistan since last year’s agreement between the rebels and the United States under then-President Donald Trump, which agreed to a complete withdrawal of US military forces. As a August 31 deadline for the withdrawal of U.S. troops approached, the Taliban last week began a rapid seizure of outposts, cities and towns leading all the way to Kabul.

Perhaps most telling of the developments on the ground was the departure of President Ashraf Ghani, whose departure from the country on Sunday was confirmed by Abdullah Abdullah, Afghanistan’s top negotiating official, without saying a word. “The former Afghan president has left the nation,” Abdullah, the leader of the High Council for National Reconciliation, said in a video message on Facebook. “He has left the nation in this state; [for that,] God will hold him accountable. ”

In a later statement, Ghani said he was leaving the country to avoid bloodshed when Taliban forces entered the presidential palace. At noon, a Taliban official announced the group’s plans to rename the state to the Islamic Emirate Afghanistan.

KABUL, Afghanistan (AP) – Taliban official says they will soon declare the Islamic Emirate Afghanistan from the presidential palace in Kabul.

According to the Washington Post, the Taliban’s lightning strike over the past month was captured by major government-controlled cities. Kunduz was the first “key city” that fell to rebels after days of negotiations led by the tribe’s elders, resulting in its surrender, Post reported. After that, it was almost like a domino effect – other major hubs like Kandahar and Herat fell to the Taliban through negotiated agreements with local officials. These agreements with the Taliban typically involved the transfer of control of cities in exchange for safe return or disbursements.

Early Sunday morning, Taliban forces had reached the government-controlled city of Jalalabad, where officials surrendered without a single shot. Soon the remaining cities around Kabul quickly fell into the hands of the rebels. Taliban forces reached the capital’s gates in a matter of hours.

This Kam Air flight apparently could not take off because hundreds of people have tried to get on board pic.twitter.com/Q1HgT0gU5Y

Although analysts did not expect the Taliban insurgency to succeed this soon, the group’s strategy showed to take control of the capital through peaceful negotiations instead of a violent offensive itself quickly. An exodus of residents and foreign diplomats began when the Taliban began negotiations with Afghan officials.

Neighbors and allies have stepped in to help civilians evacuate the country – the United Arab Emirates’ foreign ministry said it would facilitate the evacuation of foreign diplomats and staff through the country’s airports, while Germany has said it would send military aircraft to evacuate German. nationals and Afghan support staff. U.S. embassy staff and citizens struggled to evacuate before the Afghan capital was captured.

How did the government collapse so quickly?

While the collapse of the Afghan government accelerated rapidly over the past week, it was primarily born out of insecurity created by negotiations in Doha, Qatar, more than a year and a half ago. The agreement was concluded in February 2020 between the United States and the Taliban, confirming a full US withdrawal along with reduced allied forces.

U.S. officials and Afghan military officials described a demoralized military following the Doha agreement, seeing the agreement as the government’s guaranteed defeat against the Taliban. “They saw that document as the conclusion,” an Afghan special forces officer told the Post, referring to government-affiliated officials. “The day the deal was signed, we saw the change. Everyone was just looking for themselves. It was like [the United States] let us fail. “

Conditions within the Afghan military deteriorated rapidly thereafter, exacerbated by a combination of corruption – many Afghan officers claimed they had not been paid for months – and an attempt to survive against the Taliban as US military presence began to shrink. In late July, President Joe Biden reiterated the United States’ commitment to fulfill the Doha Agreement, which guarantees a complete withdrawal of troops by 31 August.

“We did not go to Afghanistan to build a nation,” Biden said. “It is the right and responsibility of the Afghan people alone to decide their future and how they will govern their country.” Political observers have criticized the move, arguing that such an abrupt exit from Afghanistan could make the country vulnerable to the overthrow of the Taliban. Still, the deadline for withdrawal was looming.

As concern over the U.S. exit grew, the Taliban began sending small groups of fighters to government-controlled rural outposts, and entering into agreements with low-level representatives of the standing Afghan government through bribes or security guarantees. Although Afghan officers say the country’s elite military units remained committed to protecting the government’s restraint, without the support of local leaders and military personnel on the ground, their efforts to defend the country ultimately failed. What needs to be seen is how the Taliban, now in control, manage the transition and deal with political rivals and those it regards as enemies.