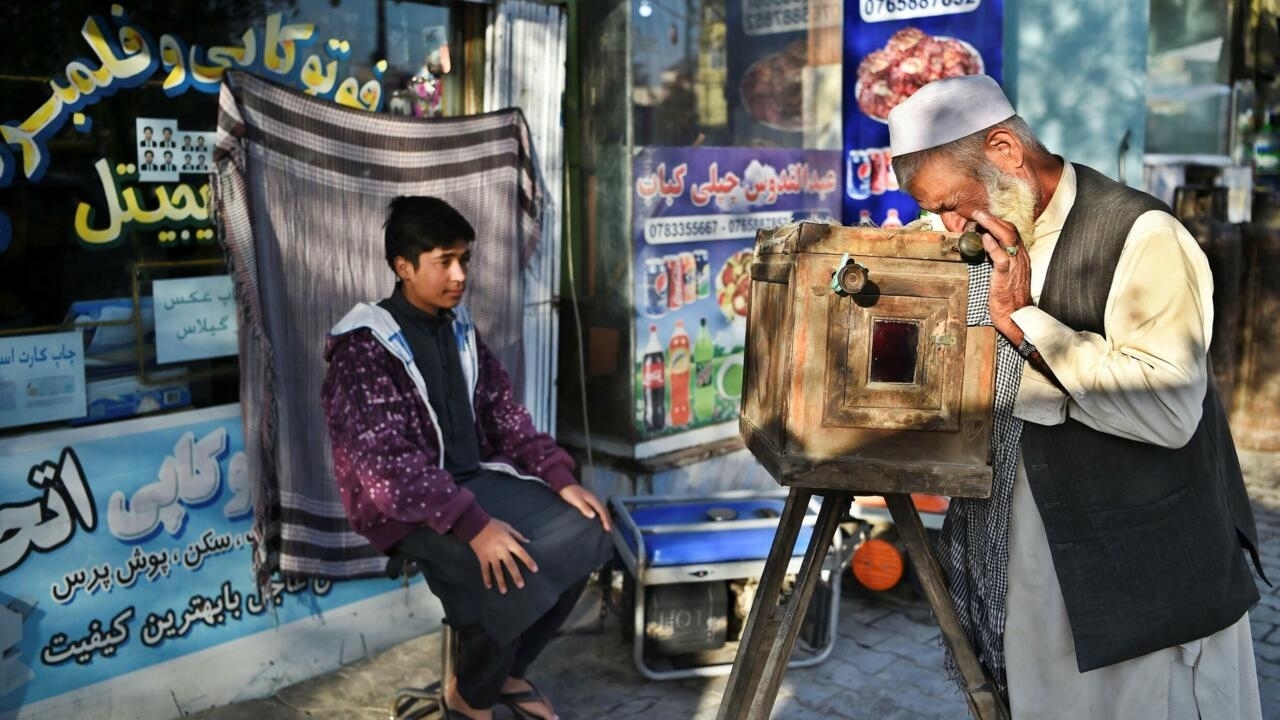 Kabul (AFP) – Haji Mirzaman was only a teenager when he started taking pictures with a homemade wooden box camera in his cousin’s studio in the center of Kabul.

He took black-and-white portraits of people for passports, identity cards and other documents, using his “magic box” on a sidewalk, and made prints in a few minutes.

Now in the 70s, he says the instant camera – or “kamra-e-faoree” as it is known in Dari – has survived wars, invasions and a Taliban ban on photography, but is now in danger of disappearing due to digital technology.

“These cameras are retired now,” he told AFP in his small house in Kabul as he set up the box on its wooden stand.

The box is both camera and darkroom, and to show how it works, Mirzaman put photographic paper and developer liquid inside the device in preparation for a shot.

Then he briefly removed the lens cover and instantly made a negative.

He reached into the box through a light-tight funnel, processed the negative, and then developed a print.

In a few minutes the picture was ready.

“Today, photographers use all digital cameras … fewer and fewer people know how this camera works,” he said.

The boxes were made by local carpenters, he said, but the lenses were imported.

The golden age of boxing cameras in Afghanistan came when the compulsory national service was introduced in the 1950s, which meant that thousands of recruits needed pictures for military identity cards.

The Taliban, which ruled Afghanistan from 1996 to 2001 and banned images of people, allowed Mirzaman to take official photos with his boxing camera.

After the expulsion of the group, the machines thrived again as millions of students returned to schools and ID cards were made mandatory.

Since their return to power in August, the hardline Islamists have made no public statement about taking pictures – and young warriors are often seen taking pictures of each other or taking selfies with their mobile phones.

Mirzaman has taught all of his four sons photography, but no one now uses box cameras.

The family’s last remaining kamra-e-faoree are now on display outside their studio – a striking reminder of Afghanistan’s photographic history.