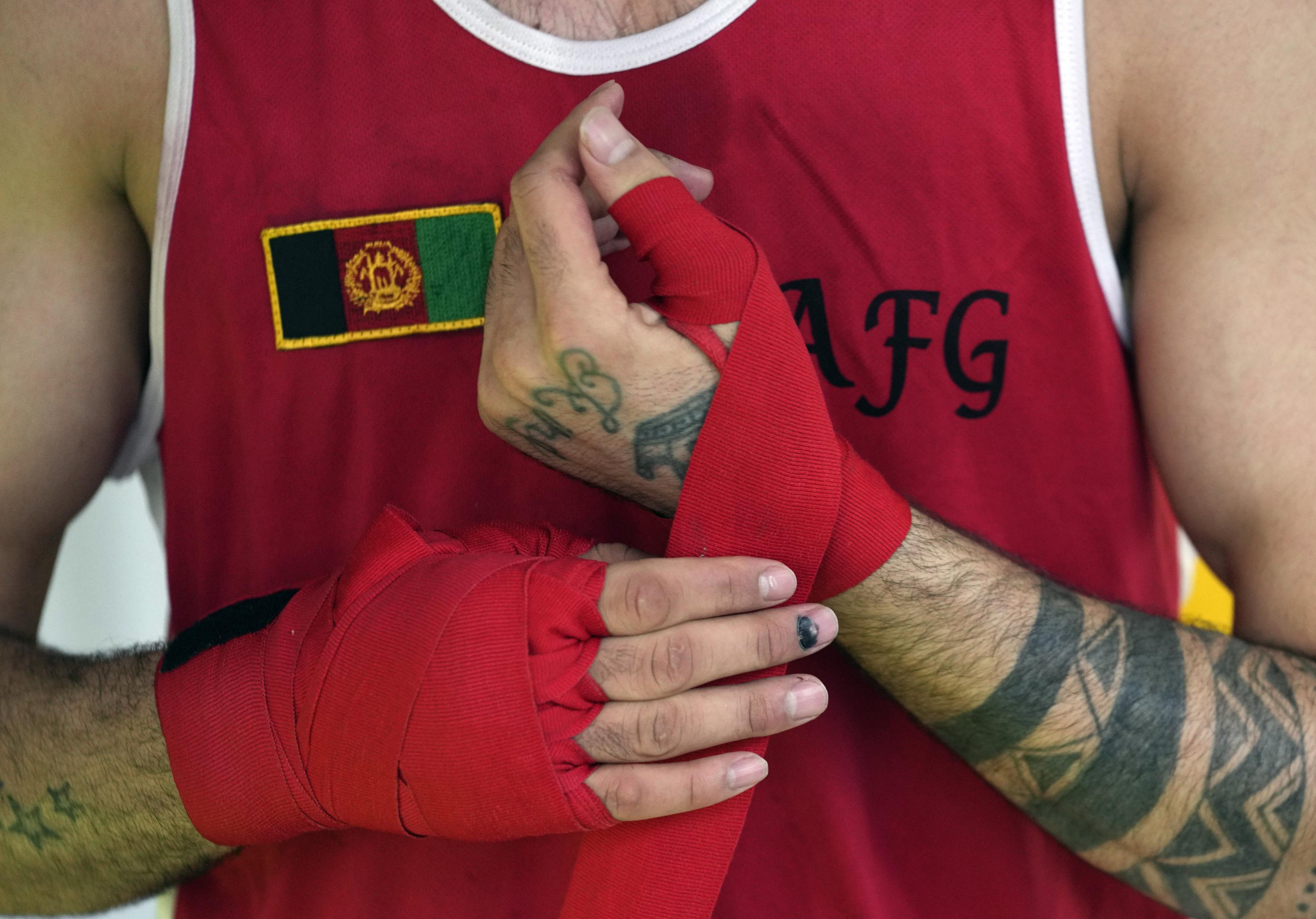 BELGRADE, Serbia (AP) – They secretly trained and fought to get to an international tournament in Europe. Now members of the Afghan national boxing team are seeking refuge in the West in hopes of continuing both their careers and their lives without danger or fear.

The Afghan boxers, their coach and a top man in the boxing federation remained in Serbia after the AIBA World Boxing Championships ended in early November, saying they could face retaliation from the Taliban if they returned home.

“When the Taliban regime came to Afghanistan, everything changed,” said Waheedullah Hameedi, secretary general of the Afghan Boxing Federation. “It was difficult to get to a world championship under the new regime, the new government.”

The team has contacted several foreign embassies to secure humanitarian visas and asylum protection. Some EU nations have rejected them, but the 11-member group has not given up hope of finding a safe haven.

Tens of thousands of Afghans, including athletes, have fled the country since troops from the United States and other foreign nations withdrew in August and the Taliban took over. Hameedi said the Taliban do not approve of boxing and team members have little chance of pursuing their careers freely in Afghanistan.

“As you know, the situation in Afghanistan is very tough, very bad,” he said, speaking in English. “They (the Taliban) did not allow the first days to continue boxing and open the gym. Everyone was afraid to go anywhere to box or for anything else.”

Hameedi’s father, a former secretary general of the Afghan Boxing Federation, was shot down in 2019 by unknown assailants. After the national team participated in the Asian Boxing Championships in Dubai in May, Hameedi was determined to take his boxers to Serbia for the World Championships in late October.

Boxing was banned in Afghanistan under the Taliban’s previous rule in 1996-2001. While its leaders have tried to portray themselves as more tolerant this time around, Hameedi insisted that officials and boxers have been threatened and feared for their safety.

“Boxing is ‘haram’ for them (the Taliban), something in Islam that is illegal for them,” he said.

Prior to the trip to Serbia, the boxers trained in hidden places and tried to stay under the radar and hid their plan to compete in the international tournament, Hameedi said. They managed to get a visa to Iran, and once in Tehran, they applied for a visa at the Serbian embassy before rushing on to Belgrade, he said.

The 11 Afghan boxers competed in Serbia as part of a “fair chance” team of 14 members, sponsored by the International Boxing Association for refugees and other athletes who had to flee their countries, Hameedi said.

The group’s Serbian visas have since expired. Hameedi said friends and relatives warned them not to return to Afghanistan. While thousands of migrants and refugees arrive in Serbia, most plan to continue to countries in Western Europe where it is easier to find jobs and earn a living.

“We hope we will receive visas as soon as possible so there is no problem in Serbia,” Hameedi said. We can easily travel to a safe country and their future will be given. ”

Hameedi said he, the coach and the nine boxers who are still with them in Serbia do not want to cross borders illegally to reach Western Europe, but they have not applied for asylum in the Balkan nation either.

Lawyer Marko Stambuk, who works with the Belgrade Center for Human Rights, said the Afghan boxers contacted the organization and have been informed about their options for seeking asylum in Serbia.

Stambuk acknowledged that the boxers feared a return to Afghanistan because of Taliban policy and a generally unstable situation. They are “aware of their rights and obligations (in Serbia) and now they are thinking about what to do now,” he said.

In the midst of the uncertainty, the boxers continue to train in local gyms. Hasibullah Malikzadah, 20, said he is afraid to return to Afghanistan and wants to continue boxing elsewhere.

“I want to be a good champion,” and a role model for kids around the world, he said after a training session. “I really want this. I really have a good dream.”