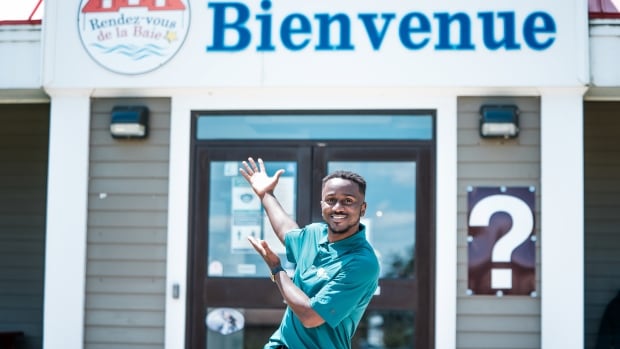 A campaign has been launched to attract Afghan refugees to French-speaking communities in Nova Scotia and to offer support to local organizations looking to help newcomers integrate.

The Canadian government is helping refugees in Afghanistan and has committed to resettling 40,000 of them in Canada. Some of them may end up in the Clare region.

Nahimana and his Halifax-based team are laying the groundwork to bring Afghan refugees to Nova Scotia, including French-speaking communities in Clare municipality.

“Society has expressed to us their interest in receiving Afghan refugees,” said Nahimana, who grew up speaking French in his native Burundi but immigrated to Canada seven years ago. “It’s a big job, but the good thing is that when they have volunteers, anything can go smoothly.”

Located in southwestern Nova Scotia, Clare municipality is located on St. Mary’s Bay and is home to more than 25 small villages. It has a population of more than 8,000 and is one of 14 communities across Canada participating in the Welcoming Francophone Communities Initiative led by Immigration, Refugees and Citizenship Canada.

“We were all touched by the images of thousands of refugees fleeing Afghanistan earlier this year,” said Amy Paradis, communications officer at Clare Municipality. “Many of our people want to band together to see what we can do as an academic and francophone community to help refugees settle into our peaceful and welcoming community.”

Hundreds of Afghan refugees have already landed in Canada.

Work has already begun on trying to bring some of these refugees, many of whom are currently in some of Canada’s major cities, to their quiet coastal communities. Some of that work includes creating documents that promote what Clare has to offer.

“There are many benefits to immigration for Clare from an economic, cultural, and humanitarian point of view,” said Clare Municipal Deputy Inspector Yvon LeBlanc.

“We are fortunate to live in a peaceful society, and it would be an honor to share this peace with Afghan refugees who greatly deserve it.”