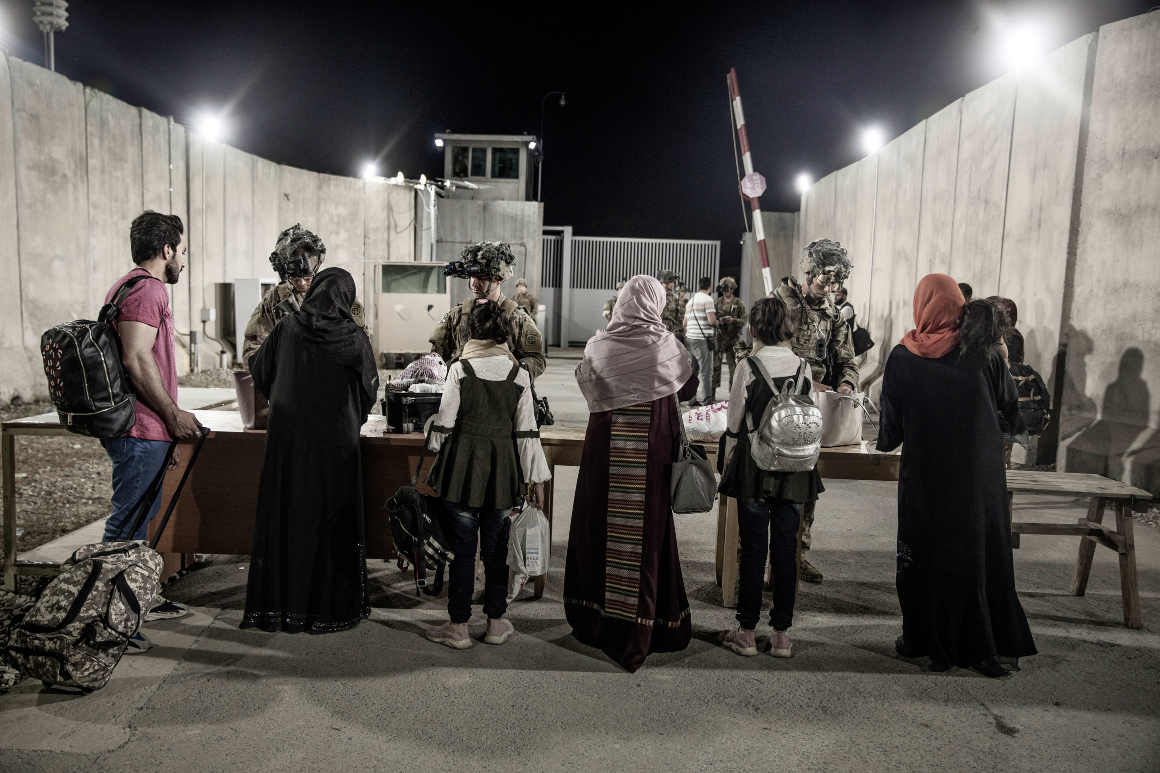 Some of the individuals described the effort as nothing out of the ordinary and part of the growing public-private partnership on evacuation. “In my mind, the FBI was trying to be helpful, not to scare,” said a person familiar with the search.

Others saw it differently. “Every time you are visited by the FBI or contacted by such an entity, it is worrying,” said a person associated with the groups, who, like others, spoke on condition of anonymity to discuss a sensitive topic.

After Kabul fell in mid-August, dozens of volunteer groups consisting of former US special forces, relief workers, intelligence officers, congressmen and others with experience in Afghanistan showed up to help with the evacuation effort. Some of the members launched missions shepherd evacuees to safety, while other coordinated meeting places at the airport far from over WhatsApp and other messaging apps.

Since the U.S. military operation officially ended on August 31, the groups have continued evacuation work, mobilizing resources and chartering aircraft to help the remaining U.S. citizens and vulnerable Afghans escape the country.

The Biden administration has taken heat to the retreat and the chaotic scenes around Hamid Karzai International Airport as desperate people tried to flee the country. Critics claim that the US government have not done enough to get Americans and vulnerable Afghans out of the country, necessitating the emergence of ad hoc organizations.

But some of the groups and individuals working on the evacuation effort are wading into potentially muddy legal waters, for example, by hiring for-profit contractors for security and escort services. Erik Prince, a former Navy SEAL officer and the founder of the private military company Blackwater, offered people space on a chartered plane out of Kabul for $ 6,500 per person.

The FBI initially reached out to Task Force Pineapple when it registered a “significant increase” in the amount of money in an attached 501 (c) (3) nonprofit bank account, Parlatore said. Parlatore believes the FBI was notified when the bank filed a suspicious activity report due to the change, a normal practice, he said.

Pineapples were “happy” to work with the agency, giving them a clean health statement, Parlatore said.

But other veteran groups “are not doing the right thing,” he said, adding that the FBI should investigate any group involved in Afghanistan’s rescue efforts.

“We have heard of groups asking for money based on false claims about their efforts. We have heard of groups taking actions that actually undermine the legitimate efforts of others,” Parlatore said. “Not everyone necessarily deals with criminal intentions, but when you have a situation like this, bad actors unfortunately take advantage of tragedies. “

A person familiar with the calls said the FBI does not want groups offering bribes or paying the Taliban to evacuate people from Afghanistan, as this practice raises concerns about human trafficking.

Further, this person said that one of the groups that received a call was Glenn Beck’s Nazarene Fund. Beck has drawn attention to the activities of his organization, praises Pakistani Prime Minister Imran Khan on Twitter for “act[ing] on his willingness to help. “

The Nazarenes Foundation did not respond to a request for comment.

In September, the Biden administration launched an attempt to coordinate with the groups through the State Department and the Pentagon, It reported POLITICO. But members said the only role of the governing coalition so far has been to gather and review the groups’ manifestos.

A senior official from the Ministry of Foreign Affairs said in an interview with POLITICO that the effort would partly focus on deconflicting the various lists of potential evacuees, which each of the groups has independently composed, and verifying each person’s status.

This work is complementary to the official Foreign Ministry evacuation effort, which coordinates with Qatar authorities to fly people out of Kabul airport on Qatar Airways flights.