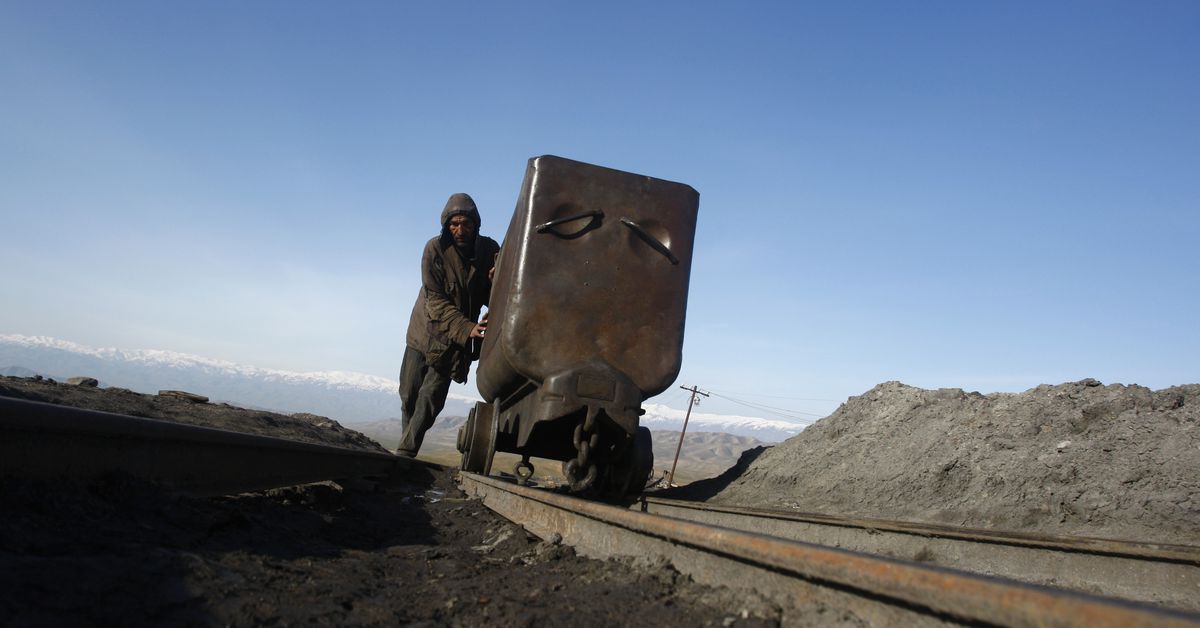 An Afghan miner pushes a wagon at the Karkar coal mine in Pul-i-Kumri, about 170 km north of Kabul, March 8, 2009. REUTERS / Ahmad Masood

August 19 (Reuters) – As the Taliban return to power in Afghanistan after 20 years of absence, the Taliban have regained control of natural resources, which a former mine minister once said could be worth up to $ 3 trillion.

That estimate was made towards the end of the last commodity supercycle in 2010 and may be worth even more now, after a global economic recovery from the coronavirus shock sent prices for everything from copper to lithium skyrocketing this year.

Below is a list of some of Afghanistan’s key resources, as estimated by the country’s Ministry of Mines and the US Government, as well as their potential monetary value for the war-torn Afghan economy if the security challenges can be overcome.

A 2019 report from Afghanistan’s Ministry of Mines and Petroleum put the country’s copper resource at nearly 30 million tonnes.

A roadmap for the Afghan mining sector published by the ministry the same year said there were an additional 28.5 million tonnes of copper in undiscovered porphyry deposits. That would bring the total number close to 60 million tons, worth hundreds of billions of dollars at current prices, as the demand for the metal grows.

This gigantic asset still needs to be developed, but the 11.08 million tonnes of copper MCC estimates it should possess would be worth over $ 100 billion at current London Metal Exchange prices.

OTHER METALS The 2019 report also said that Afghanistan had more than 2.2 billion tons of steelmaking iron ore, worth over $ 350 billion at current market prices.

Gold resources were much more modest, with an estimated 2,700 kg worth nearly $ 170 million, while the Afghan ministry also said base metals aluminum, tin, lead and zinc were “located in several areas of the country.”

An internal memo from the U.S. Department of Defense in 2010 reportedly described Afghanistan as “lithiums Saudi Arabia,” meaning it could be just as crucial to the global supply of battery metal as the Middle Eastern country is to crude oil.

The comparison was made at a time when lithium was already widespread in electronic device batteries, but before it became clear how much lithium would be needed for electric vehicle (EV) batteries and the world’s low carbon transition.

A 2017/18 report from the US Geological Survey notes that Afghanistan has deposits of the spodums, a lithium-bearing mineral, but does not provide tonnage estimates, while the Afghan report for 2019 does not mention lithium at all.

However, the Ministry of Ministers’ 2019 report says that Afghanistan has 1.4 million tonnes of rare earth minerals, a group of 17 elements valued for their uses in consumer electronics as well as in military equipment.

That is according to the Afghan report from 2019, which cited a joint US-Afghan assessment and implies a value of $ 107 billion for crude oil at current market prices alone.

Afghanistan has historically been an important source of lapis lazuli, a deep blue, semi-precious stone that has been mined in the country’s northern Badakhshan province for thousands of years, as well as other gemstones such as rubies and emeralds.

The finest grades of lapis lazuli can cost up to $ 150 per carat, according to the 2019 Afghan report, which notes, however, that the majority of the gemstones mined in the country leave the country illegally, mostly to Peshawar in Pakistan, denying Afghanistan crucial revenues. .