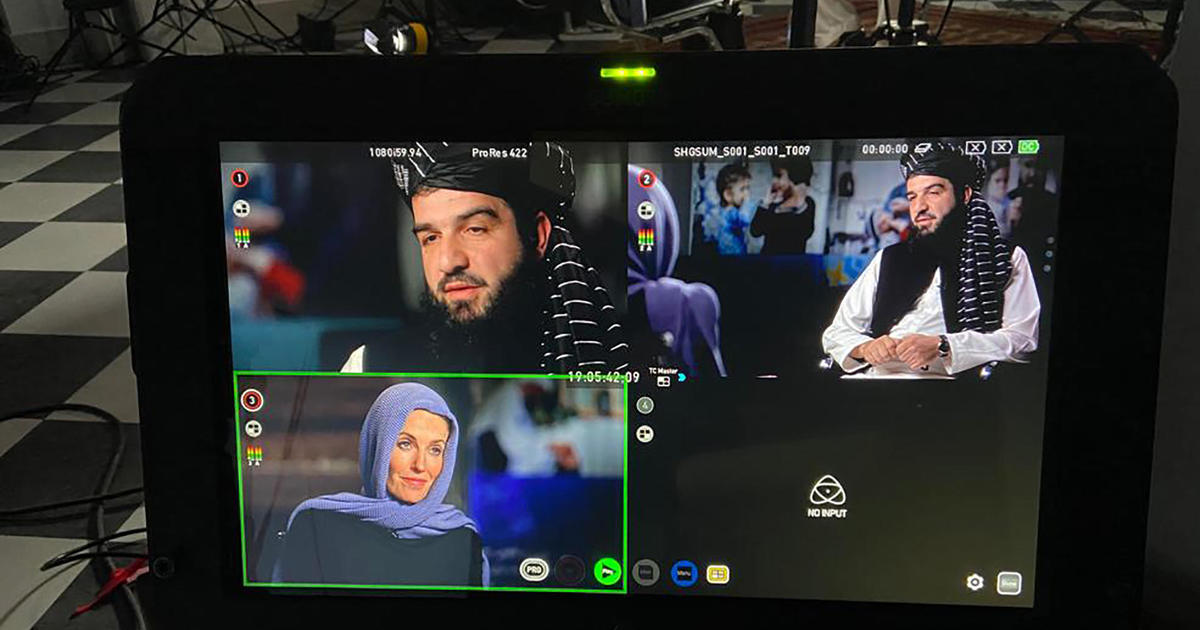 “Surreal” was the word used by 60 Minutes correspondent Sharyn Alfonsi and producer Ashley Velie to describe their recent trip to Afghanistan, where they reported on the humanitarian crisis in the war-torn country.

The couple began working on the story after the Taliban took power in the midst of the US military withdrawal.

“Afghanistan is in deep crisis right now for a number of reasons,” Velie told 60 Minutes Overtime. “[Those reasons] primarily lack of cash, lack of any way for people, average citizens, to pay for food, for health care, for daily necessities. Everything has absolutely been frozen there, shut off, nothing. “

The journey from the United States to Afghanistan included stops in Qatar and Pakistan before Alfonsi and Velie and their team aboard a UN plane from Islamabad to Kabul. It is one of the few means of transportation into the inland nation. Since the Taliban took power, commercial flights have stopped.

Velie spent months communicating with the Pakistani consulate and the Afghan mission in New York, which is not affiliated with the Taliban and has ties to the previous government. The mission told 60 Minutes that they could grant visas, but they could not guarantee safe passage or entry into Afghanistan and would have to be released from all responsibility if anything were to happen during the trip.

The expedition did not lack full moments in the new Afghan paradigm. Alfonsi and Velie noted that checkpoints had once been manned by US troops, international allies and the Afghan army had been taken over by the Taliban. Taliban soldiers carried fatigue discarded by Western forces and manned the Humvees left by the U.S. Army after nearly two decades of war. The experience at each checkpoint varied depending on the location and time of day.

“I can not stress enough how strange that scene is to see these Taliban fighters, not in their traditional uniform, Afghanistan uniform, as we are used to seeing, but in the uniforms of American soldiers,” Alfonsi said. “They wore helmets, elbow pads, knee pads, night vision goggles, things to do when you’re on a helicopter. And they’re wearing them on the side of the road … I can only imagine what it would be like to see someone who had spent so much time in the military there driving up to see it. It was surreal. “

At a checkpoint, Alfonsi and Velie remembered the tense moments after the team’s vehicles were stopped and surrounded by about 40 armed Taliban soldiers. The men began to request passports and identification handed out. Alfonsi said she hid a phone with a tracking device in her boot. The fighter jets opened the trunk and took helmets and armor vests 60 Minutes often with them when reporting from dangerous places. After about 45 minutes and several calls made by the team’s Afghan fixer to the Taliban’s ‘officials’, the team was allowed to drive the last five minutes to the Taliban-guarded hotel.

“There were definitely moments where we did not feel safe,” Alfonsi told 60 Minutes Overtime. “Whether you were sitting in the car in traffic and worried about being a target that way, or whether you were walking through a province or sitting down with the Taliban, I think our heads were on a turn the whole time we were there. “

60 minutes traveled to Afghanistan in hopes of interviewing a member of the Taliban leadership. Despite weeks of negotiations, it was not guaranteed. The confirmation came towards the end of the trip that the Taliban’s Minister of Health, Dr. Qalandar Ebad, would take a meeting with Alfonsi. The 60 Minutes team quickly traveled to a Taliban-run polio vaccine clinic, where they met the 41-year-old urologist, who was recently appointed to his ministerial post.

At the conclusion of the interview, the Minister invited the 60 Minutes team to join him for a meal.

“I do not think it was lost to anyone that we are there and make a story about people starving. The children are starving, these families are starving and they have just put this beautiful post out for us,” Alfonsi said.

For Velie, it marked a dramatic change from the first time she worked in Afghanistan after 9/11 and the fall of the Taliban.

“It was a whole new world, and there was a lot of hope there in Afghanistan at the time,” Velie said. “And 20 years later, we are here, and the Taliban are back and strong as always, if not stronger.”

Both 60 Minutes journalists said they observed the many challenges facing the people of Afghanistan. Winter hits the country with 38 million people with poor infrastructure, little money and lack of food. Much of what comes into Afghanistan is due to non-profit organizations continuing to operate in the country.

“I do not think there is any man or woman in Afghanistan at the moment who does not understand the scale of the crisis that Afghans are experiencing,” said Mary Ellen McGoarty, director of the World Food Program in Afghanistan.

McGoarty said in November that the World Food Program had delivered 130,000 tons of food to about 12.4 million people in Afghanistan.

The UN warned that if nothing is done, more than a million Afghan children will “suffer from severe acute malnutrition and die without treatment.”

At Ataturk Children’s Hospital, despair is impossible to miss. Dr. Atifa Shapur told Alfonsi that there is neither food for the hungry children nor medicine to cure the sick. While she was in the hospital, a desperate mother asked Alfonsi to take her malnourished and sick child.

Dr. Shapur, a female doctor trained in Afghanistan, told 60 Minutes that her family encourages her to stop going to work because it is no longer safe. She said many of her colleagues have been stopped by the Taliban. She and the hospital staff have not been paid for four months. They keep popping up.

“The feelings as a mother, as a woman and as a doctor make me come,” explained Dr. Shapur.

Days before 60 Minutes visited the hospital, it had to be evacuated because ISIS threatened to bomb it.

“We’re at a really critical time there, and I think it’s being ignored all too easily by everyone,” Velie said. “It’s a shame, and it’s unscrupulous, I think, especially after spending a week there. Something needs to be done.”