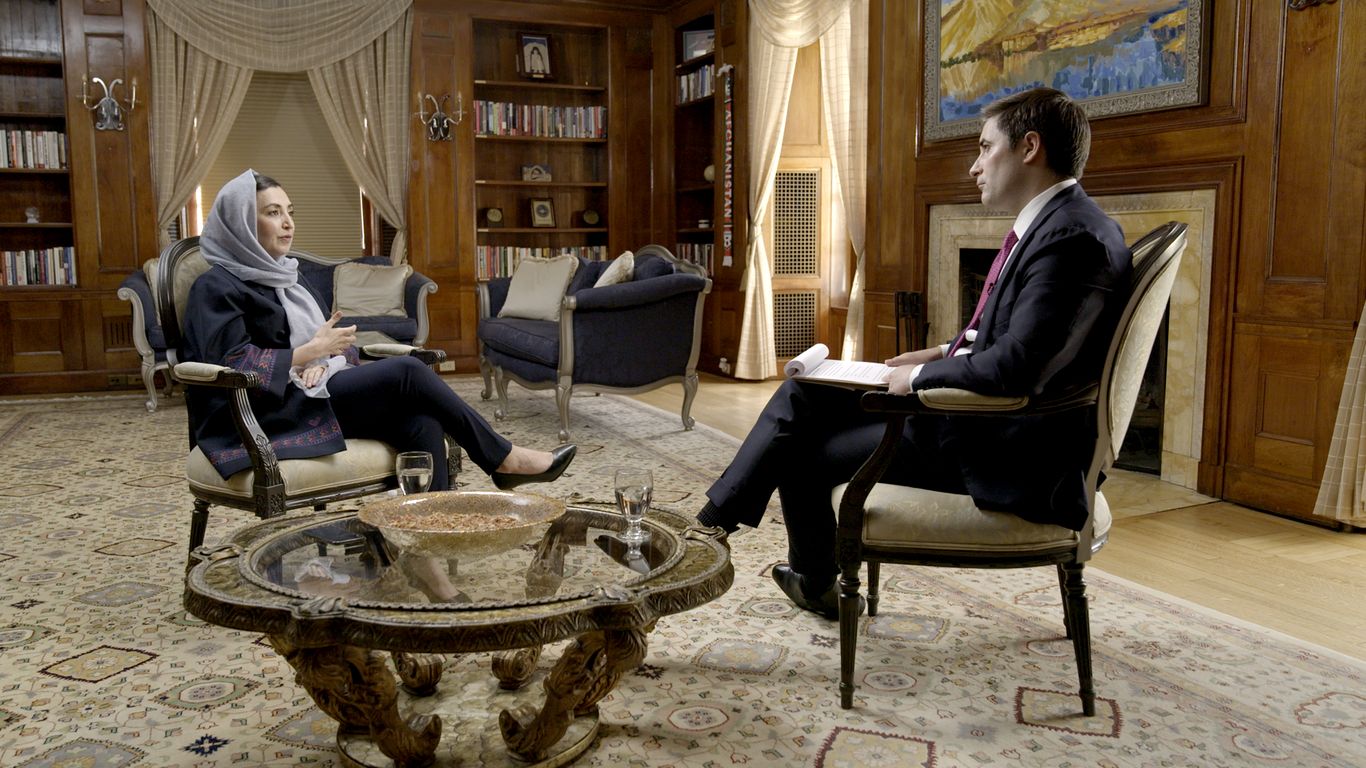 Afghanistan’s ambassador to the United States, Adela Raz, has lost her country and her faith in the US government – and her life’s work of liberating women and girls is in ruins. She shared her despair with “Axios on HBO” in her first TV interview since Kabul’s fall.

The big picture: Raz said bluntly that she did not think President Biden cared about the fate of Afghan women and girls. She also revealed new details to Axios, indicating that former President Ashraf Ghani’s secret escape was more deliberate than publicly known.

In a devastating moment, she suggested that she felt guilty for encouraging Afghan women to believe in a new future and serve with her in government, and for those she encouraged to stay in Afghanistan.

Driver news: The interview was recorded last Monday at Raz’s office on the top floor of the Afghan embassy in Washington.

Plots: She has kept the embassy open with a skeleton staff and flags her country’s tri-colored flag in the courtyard instead of the Taliban’s whites.

Why it’s important: Raz said she no longer trusts the US government and doubts that any Afghan will trust US policy for a long time.

Raz said her own government failed on many levels, including Ghani’s leadership.

She said Afghan security forces relied too heavily on US technical expertise and air support and crumbled as the US withdrew after 20 years of funding and training.

She said Ghani – her former boss – owes Afghans an explanation for his “betrayal” by secretly fleeing the country and effectively ceding Kabul to the Taliban without a fight.

Looking back: Raz was 16 in 2002 when the Americans invaded Afghanistan and swept the Taliban from power. She said she remembers thinking, “This is the end of Afghanistan’s misery because the United States is the superpower. When it arrives, that’s it. That’s the end of it.”

What’s next: Raz, 35, is now in an extraordinary situation.

A group there have reached out to Raz is the Taliban. She said they were trying to get her and other ambassadors to join a Zoom call. She ignored the invitation.