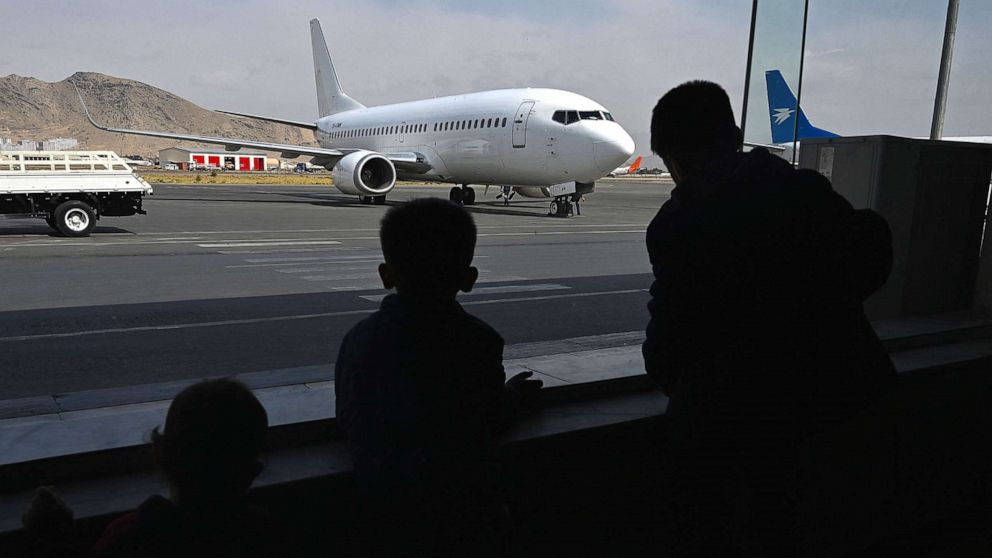 It is an important milestone for the State Department, nearly three months after President Joe Biden ended the US mission in Afghanistan and the unprecedented, chaotic evacuation operation.

But the situation on earth has changed rapidly and repeatedly, making this “milestone” a moving target.

Some Americans who asked for help have not yet traveled, and hundreds of others remain in the country who could change their minds and seek a way out, especially since many of those staying only do so because extended family members who are Afghans, have not been able to get out.

“This mission will continue. These numbers are nothing more than a snapshot of a given day. It is not that we are closing the store, but we are marking an important milestone,” said the senior State Department official.

Since August 31, 385 U.S. citizens have left Afghanistan with the help of the U.S. government, according to the State Department, but that number did not include a plane that departed Thursday for Doha, Qatar.

That number will now grow even more as the fewer than 80 U.S. citizens still in the country seeking help will be evacuated in the coming days, according to the senior official. They declined to specify how, but said there will be more charter flights.

In all, that means nearly 450 U.S. citizens will soon have left Afghanistan with the help of the U.S. government – about four times as many, as Secretary of State Antony Blinken said, remained in immediate aftermath of Biden’s withdrawal on 31 August.

The agency has previously defended that difference by saying that the situation on earth is constantly changing.

“The number fluctuates as people change their minds about traveling, or as some American citizens choose to return, as many have family members in Afghanistan that they do not want to leave, and we have seen that – so the number is very high,” he said. a State Department spokesman told ABC News on Tuesday.

Some lawmakers and advocacy groups have said the number is even higher, and Senator Ben Sasse, R-Neb., Said last month that the administration “shamelessly and repeatedly lied about the number of Americans trapped behind Taliban lines.”

The high-ranking State Department official dismissed some of the criticism of “bad faith” as “political and biased” and reiterated the administration’s commitment to giving all U.S. citizens who want to leave Afghanistan a way out.

Many Americans left behind by the massive evacuation operation in August have also expressed anger and resentment over what they describe as abandonment.

“How can you leave a U.S. citizen with the background I have who can be hunted at any time? How can you leave them there?” said Prince Wafa, a 30-year-old naturalized U.S. citizen born in Afghanistan. After serving with U.S. forces for four years and securing a special immigrant visa, Wafa has lived in San Diego but returned to Afghanistan this summer to help his wife get out.

While Wafa was unable to get a seat on an evacuation flight out before the troops left, about 6,000 U.S. citizens were evacuated out of nearly 124,000 people in total, according to the State Department.

The administration still hopes to increase the pace of flights out of Afghanistan in the coming weeks, especially with the help of the Qatari government, which has arranged chartered Qatari Airways flights. On Friday, Blinken will meet his counterpart, Deputy Prime Minister and Foreign Minister Mohammed bin Abdulrahman Al Thani, for a strategic dialogue where the issue will be discussed among many, the senior official said.

For several months now, there have been talks between Qatar’s and Turkish governments, the Taliban’s interim government and private companies to reopen Kabul’s international airport. But hopes of a speedy reopening appear to have faded, particularly due to damage to the airport during the August evacuations and concerns over airport security.

The senior official declined to say how close the parties may be beyond that they “were not there yet” and the agency worked “still closely with our partners” on this goal.

But so far, the Taliban itself has not been a problem, according to the senior official.

“The Taliban have been uneven in some areas, but when it comes to safe passage and allowing those who want to leave the country to leave the country, I think they have largely stuck to that commitment, and I think that the milestone we reached yesterday is a testament to that, “said the senior Foreign Ministry official.

In a joint statement on Thursday, delegations from the United States, Russia, China and Pakistan said they “welcome the Taliban’s continued commitment to allow safe passage for anyone wishing to travel to and from Afghanistan.” The diplomats met with senior Taliban leaders on the sidelines of their Islamabad summit on Thursday, according to their statement.

While hundreds of Americans and other foreigners have come out, there has been intense criticism of the many Afghans who are left behind and still seeking departure, especially those who worked for the U.S. military or diplomatic missions and whose lives are now in danger.

“The U.S. military and diplomatic presence in Afghanistan may have ended in August, but the U.S. government’s commitment did not,” Sunil Varghese, political director of the International Refugee Assistance Project, or IRAP, said in a statement on Tuesday. “The Biden administration must provide immediate, realistic avenues for the safety of these communities.”

The senior Foreign Ministry official declined to say how many Afghan partners the administration has helped evacuate. But they said thanks to the work of non-state partners as veteran groups, a few thousand have been able to fly out on charter flights, including some on those organized by the Qatari government, where the United States has facilitated seats.

“Even if we reach a point where any American who has raised his hand and is ready to leave has risen, our efforts to help others will continue,” the senior official added.