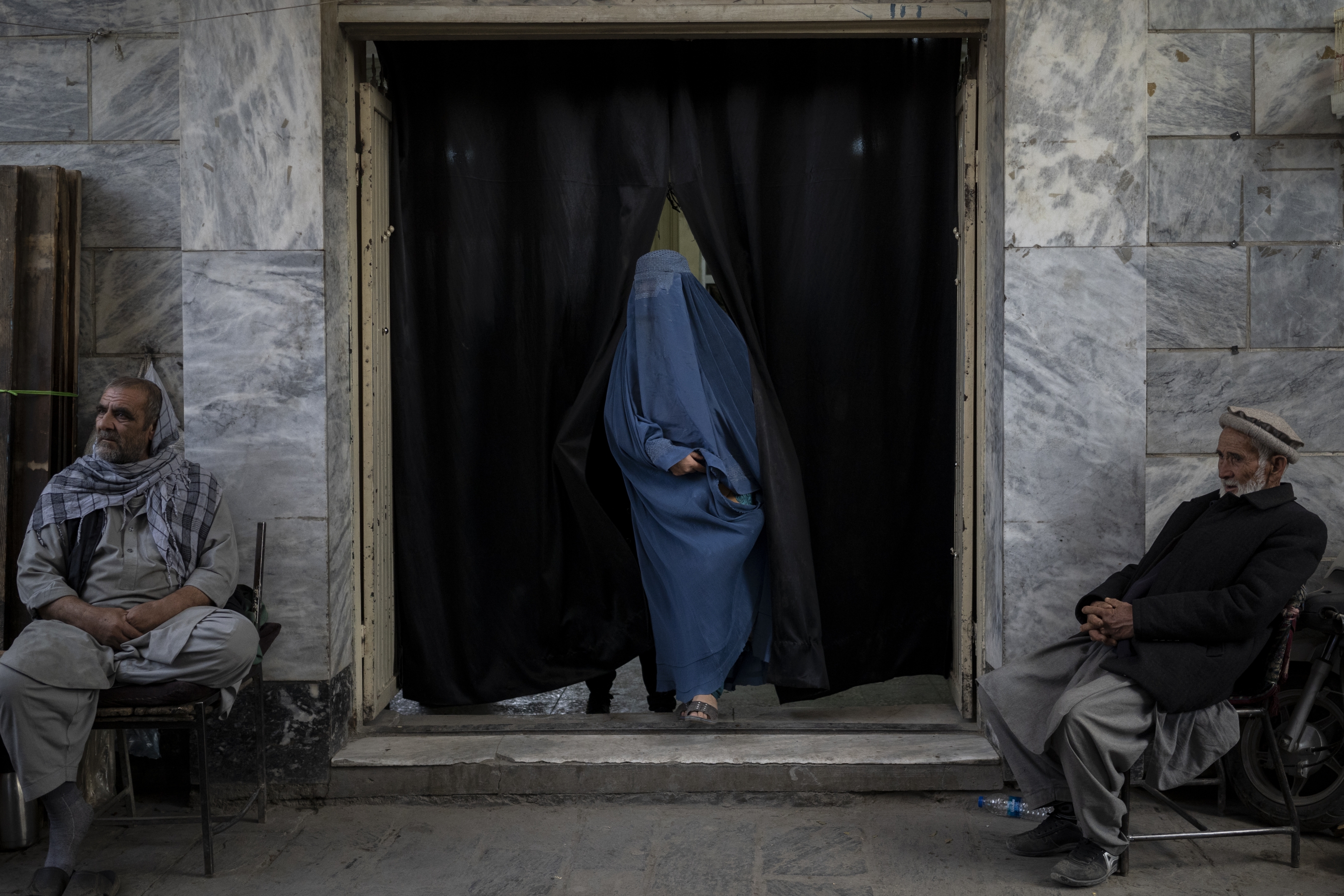 KABUL, Afghanistan (AP) – Outside a Shiite shrine in Kabul, four armed Taliban fighters stood guard as worshipers signed up for Friday prayers. Next to them was a guard from Afghanistan’s predominantly Shia Muslim Hazara minority, an automatic rifle slung over his shoulder.

It was a sign of the strange, new relationship that the Taliban’s takeover of Afghanistan in August brought. The Taliban, Sunni Muslim hardliners who for decades have targeted the Hazaras as heretics, are now their only protection against a more brutal enemy: the Islamic State group.

Sohrab, the Hazara guard at the Abul Fazl al-Abbas shrine, told The Associated Press that he is getting along fine with the Taliban guards. “They even pray in the mosque sometimes,” he said, giving only his first name for security reasons.

Syed Aqil, a Hazara who visits the shrine with his wife and 8-month-old daughter, was upset that many Taliban still wear their traditional attire – the look of a jihadi rebel – rather than a police uniform.

Since taking power, the Taliban have presented themselves as more moderate compared to their first rule in the 1990s, when they violently oppressed the Hazaras and other ethnic groups. Following international recognition, they promise to protect the Hazaras as proof of their acceptance of the country’s minorities.

But many Hazaras still have deep distrust of the rebels who became rulers, who are predominantly ethnic Pashtuns, and are convinced that they will never accept them as equals in Afghanistan. Hazara community leaders say they have repeatedly met with the Taliban leadership and asked to join the government, only to be rejected. Hazaras complain that individual warriors discriminate against them and fear that it is only a matter of time before the Taliban return to repression.

Some changes from the previous era of Taliban rule are clear. Following their takeover, the Taliban allowed the Shiites to perform their religious ceremonies, including the annual Ashura procession.

The Taliban initially confiscated weapons that Hazaras had used to guard some of their own mosques in Kabul. But after devastating IS bombings of Shiite mosques in Kandahar and Kunduz provinces in October, the Taliban returned weapons in most cases, Gawhari and other community leaders said. The Taliban also make their own warriors available as guards for some mosques during Friday prayers.

“We provide a safe and secure environment for all, especially the Hazaras,” said Taliban government spokesman Zabihullah Mujahid. “They should be in Afghanistan. Leaving the country is not good for anyone.”

The Hazaras’ trip to Taliban protection shows how horrified society is for the Islamic State group, which they say aims to exterminate them. In recent years, IS has attacked the Hazaras more ruthlessly than the Taliban ever did, triggering bombings against Hazara schools, hospitals and mosques, killing hundreds.

IS is also the enemy of the Taliban and often attacks Taliban forces.

In Dashti Barchi, the vast district of western Kabul-dominated Kabul, many were skeptical that the Taliban would ever change.

Marzieh Mohammedi, whose husband was killed five years ago in fighting with the Taliban, said she is scared every time she sees them patrolling.

The differences are partly religious. But Hazaras, who estimate to make up 10% of Afghanistan’s population of nearly 40 million, are also ethnically segregated and speak a variant of Farsi rather than Pashtu. They have a long history of being oppressed by the Pashtu majority, some of whom stereotype them as uninvited guests.

Aqil said that when he tried to go to a police station to get a document, the Taliban guard spoke only pashtu and impatiently slapped the gates in his face. He had to come back later with a Pashtu-speaking colleague.

Frictions in the central heartland of the Hazaras in Afghanistan have given rise to concern. In Daikundi province, Taliban fighters killed 11 Hazara soldiers and two civilians, including a teenage girl, in August, according to Amnesty International. Taliban officials also expelled Hazara families from several Daikundi villages after accusing them of living on land that did not belong to them.

The highest level Hazara in the administration is a Deputy Minister of Health. A few Hazaras hold provincial posts, but they long ago joined the Taliban uprising and adopted their harsh ideology. Few in the Hazara community recognize them.

Ali Akbar Jamshidi, a former parliamentarian from Daikundi province, said the Hazaras want to be brought into the cabinet and intelligence and security agencies.

“The Taliban can benefit from us,” he said. “They have the opportunity to form a government for the future, but they are not using that opportunity.”

Copyright © 2021 The Associated Press. All rights reserved. This material may not be published, broadcast, written or redistributed.