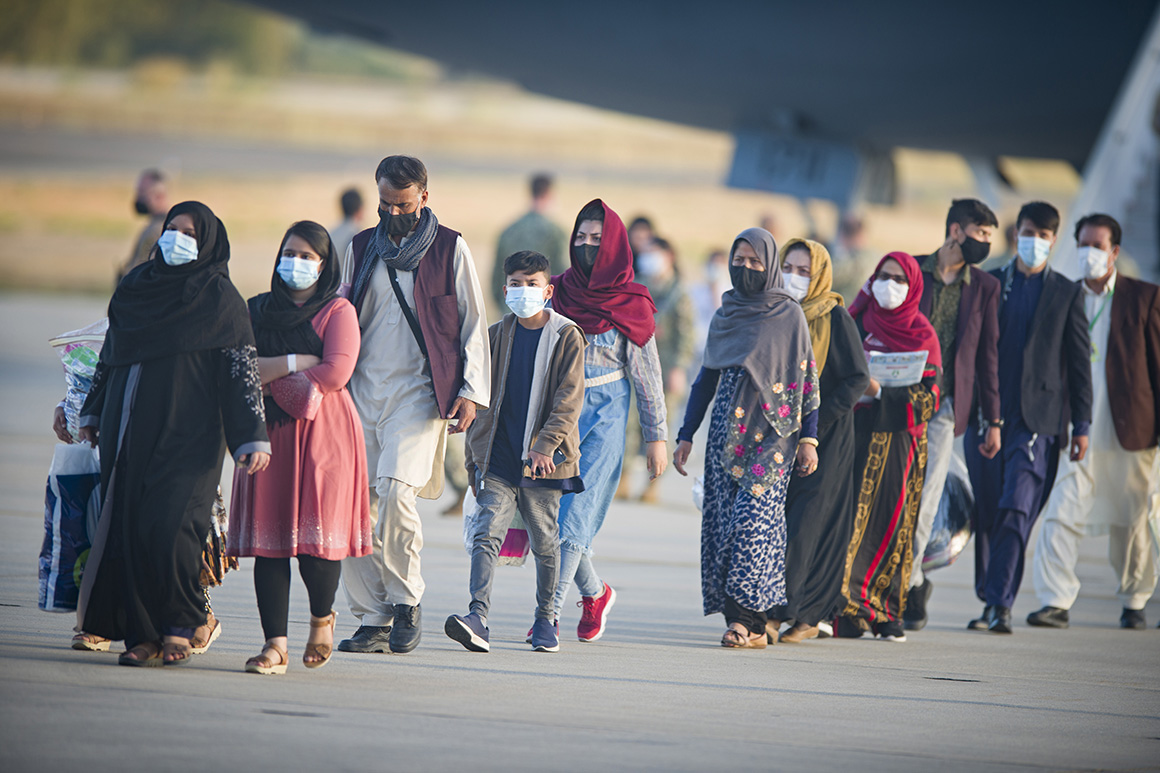 The senior officials of the administration spoke on condition of anonymity to discuss ongoing considerations on the evacuation process. The CDC did not immediately respond to a request for comment. The Pentagon did not comment. The National Security Council referred POLITICO to comments made by White House Deputy Secretary of State Karine Jean-Pierre.

Jean-Pierre told reporters Monday that the administration will suspend flights for “at least seven extra days.” But senior officials who spoke to POLITICO said they were preparing for the flights to be halted for a long time, pointing to the time it would take to vaccinate thousands of individuals and that immunity was developing.

“All arriving Afghans are currently required to be vaccinated for measles as a condition of their humanitarian probation and critical immunizations,” Jean-Pierre said Monday.

Measles is extremely contagious, according to CDC data. About 90 percent of people who are not vaccinated will get the virus. Afghanistan’s vaccination rates are notoriously low.

Although senior health officials are concerned about the possibility of more individuals testing positive, there are currently no reported cases at the Ramstein base, said a senior official with direct knowledge of the case. It is unclear if there are further cases in Qatar, the person said.

According to the World Health Organization, a measles outbreak is defined as two or more laboratory-confirmed cases that are “time-related” or with rash dates beginning seven to 23 days apart. An outbreak is considered terminated when there are no continuous cases for 46 days from the beginning of the last case.

The delay would extend the time evacuees would need to stay at U.S. military bases, where crowded conditions get worse by the week, according to two other people helping with the U.S. evacuation response abroad.

The United States is also screening Afghan evacuees for Covid-19 at both its national and international bases. The Federal Emergency Management Agency has also set up a mass vaccination site for refugees at Dulles Airport outside Washington, DC