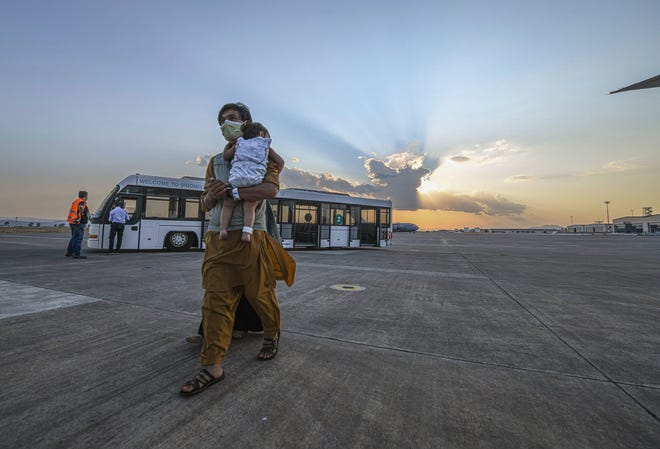 Columbus City Council approved the creation of a housing fund this week to facilitate the resettlement process for about 350 Afghan evacuees who fled their homeland earlier this year and are ready to start their new life in the city.

The initiative, called the Afghan Neighbors Rental Assistance Fund, will set aside $ 50,000 to cover rent costs for Afghan families if they default. The goal is to assure landlords that they will get their payments, even in the event that tenants fall behind with the rent, said Councilman Emmanuel Remy, who sponsored the legislation.

Like other refugee groups, all Afghan evacuees are entitled to a one-time federal scholarship of $ 1,225 to cover personal expenses. Part of the money goes to pay their rent before they find a job. Despite federal assistance, however, landlords are sometimes reluctant to rent out to refugees because most newcomers do not have a rental history, credit score or income when they first arrive in the United States, Remy said.

“This is a great example of public-private partnerships to solve a problem that we saw with the Afghans being relocated,” Remy said. “It seems that Congress did not address their housing problem, so it has fallen to local governments like us to try to come up with creative solutions to ensure that these people have adequate housing.”

Columbus’ two resettlement agencies, Community Refugee and Immigration Services and US Together, will keep the money from the city program and refund landlords if a tenant is unable to pay rent. At the end of the 12-month program, the agencies will return unused money to the city.

Remy said that given past experience, he does not expect many families to default on their rent, and he believes agencies will spend only a small percentage of the fund.

“Immigrants have shown that they work very hard to support their families,” Remy said. “We know that when they get here, they will find a job, so we just need the landlords to understand that the city supports their stay for 12 months.”

The city is also working with the Columbus Apartment Association and Columbus Realtors to get landlords to waive Afghans’ application fees, streamline the approval process and accept background checks that the U.S. government performed when the evacuees first entered the country.

“The challenges will be the tight housing market that we experience in Columbus and place large families,” said Laura Swanson, CEO of the Columbus Apartment Association. “CAA will work with the city and start contacting our members as soon as we have more program details in place.”

Nadia Kasvin, director of US Together, said she hopes the new initiative will help open the door for landlords to work with other refugee groups in the future. In addition to the approximately 350 evacuees from Afghanistan, Columbus’ two resettlement agencies are preparing to receive approximately 1,600 refugees from other countries this fiscal year.

“We just want to have the door open for us so we can explain to them all the support that refugees get and how the standard rate is low because of their early employment and self-sufficiency,” Kasvin said.

“My hope is that this fund will allow us to develop relationships with more landlords, and then we will be able to secure housing for other refugees as well.”

Yilun Cheng is a member of the Report for America Corps and covers immigration issues for the broadcast. Your donation to match our RFA grant helps her write stories like this. Please consider making a deductible donation at https://bit.ly/3fNsGaZ.