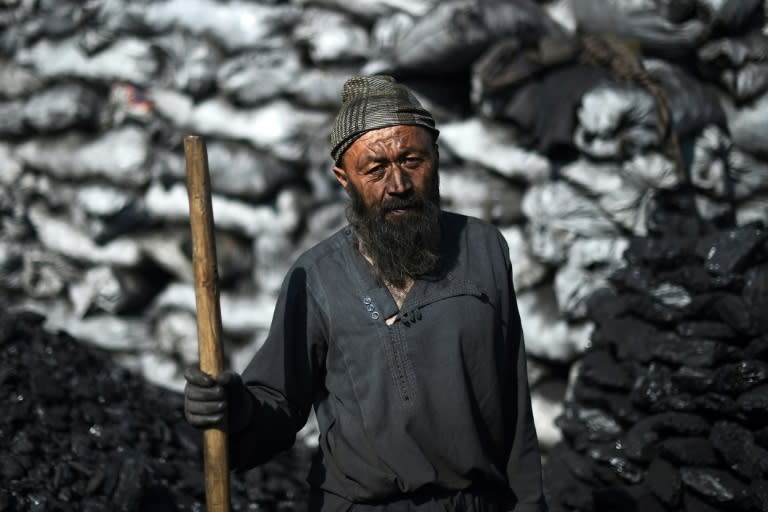 In a Kabul market, coal arrives in tonnes while the winter cold sets in.

Although prices are rising, Afghans have few options other than burning it for heat, creating some of the world’s most dangerous air.

More than three months after the Taliban ousted the Western-backed government, Afghanistan’s economy is facing collapse.

Under such desperate conditions, Daudzai says coal is still cheaper than the alternatives.

“If we had electricity and gas, people would not use coal,” says one of the market traders, Abdullah Rahimi.

None of Rahimi’s about 40 employees appear to have escaped the black dust that has crept deep into the wrinkles of the older workers.

It is already well established under the nails of the younger staff and is probably also inside their bronchi, although some are not yet 15 years old.

They throw coal blocks at each other, push wheelbarrows filled with bags, make piles of shovels and load customers’ vehicles.

It is far from this month’s COP 26 climate summit in Glasgow, Scotland, where nearly 200 nations signed an agreement to try to stop global global warming, citing coal consumption among the biggest culprits.

Afghanistan, one of the world’s poorest countries, remains a relatively modest polluter.

In 2018, the average Afghan caused 0.2 tons of CO2 emissions against about 15 from the average American, figures from the World Bank show.

Nevertheless, Kabul is often ranked among the 10 worst cities for pollution globally.

Every winter, the air in the capital, located at an altitude of 1,800 meters (5,900 feet), becomes toxic, filled with smoke from household heating that burns coal, wood and all other waste that can be burned, from household waste to car tires.

From the surrounding mountains one can clearly see the thick cloud of smog that covers the basin where at least five million people live.

“Global warming is a worldwide problem. We are aware of this,” Daudzai said.

“It’s getting hotter and hotter, we don’t get snow every winter like we used to.”

Plagued by decades of war, and still reluctant to the consequences of the Taliban’s takeover in August, the environment is rarely a priority for Afghans.

International aid has dried up and the economy has stalled, while climate change-related drought is spreading hunger.

Coal prices have risen by nine percent in the past year, partly due to more expensive transport.

Business is suffering, but “we have to buy coal to survive” winter, he says.

In another market, Sharifa Atayee, a 38-year-old widow with five children who had come to ask for prices, gives up.

“It’s too expensive this year,” she says.

She does not know when she will be able to buy more. She used to work in the police but has been unemployed since the arrival of the Taliban.

Now without pay, she has sold all her gold and jewelry, but that is not enough.