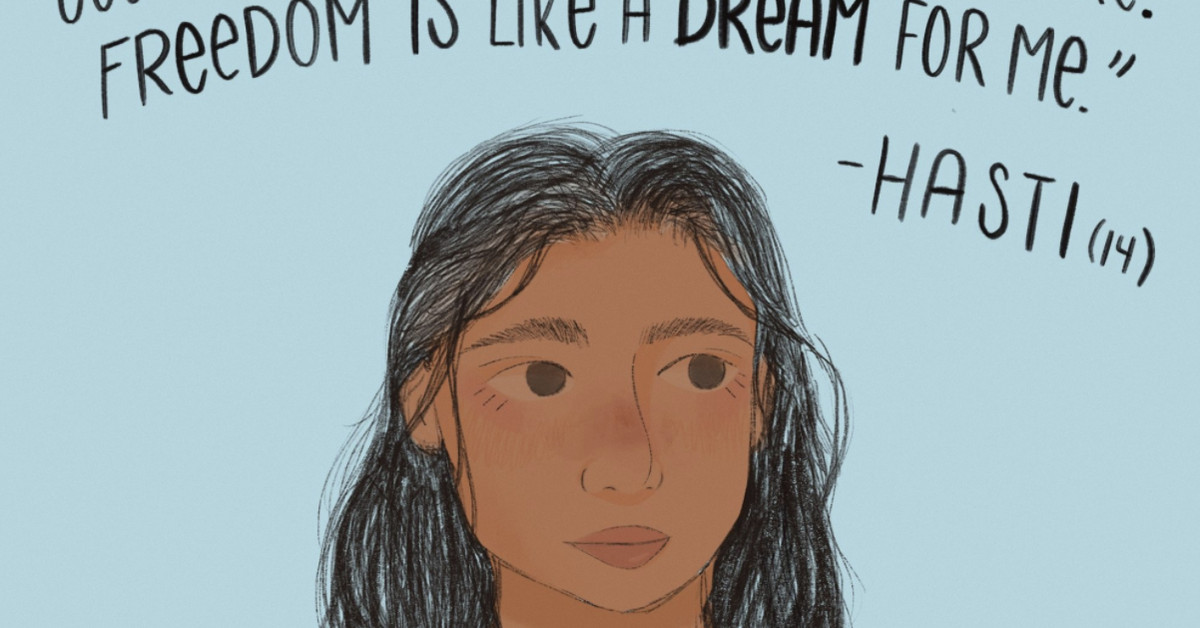 This article was first published as ChurchBeat newsletter. Sign up to receive the Newsletter in your inbox every week.

Six years ago, a Latter-day Saint lawyer named Kristen Smith Dayley volunteered to help an Afghan woman who had fled to the United States seeking political asylum. The woman’s husband was still in Turkey, where he fled after being beaten and left for dead in Kabul.

The woman called Dayley every month with the same question, “When can we get him here?”

“It’s almost seven years ago now,” Dayley said recently. “The wife applied for asylum in 2015 and a hearing is still not planned. I’m still in touch with the family, but I no longer get those calls. ”

Such stories are stronger than facts and figures, said Dayley, CEO of Their Story Is Our Story.

The organization recently launched the Global Refugee Archive, a database of refugee stories now available to the public on the Scholars Archive website of Brigham Young University’s Harold B. Lee Library.

The organization currently has a special project. Four Afghan women and girls are sharing their journal records this fall as they experience the Taliban’s takeover of their country following the departure of the US military.

“The day the Taliban came, I cried a lot,” a 14-year-old ninth-grader wrote on September 1st. “It’s almost three weeks since they arrived and I’ve not been out a single time because I’m so scared of them. I do not think I can go to school, to courses or become a doctor anymore. Freedom is like a dream for me. “

The girl’s 19-year-old sister managed to flee to Russia last month, where she is continuing her education and caring for her mother and sisters at home.

“I’m worried about my family because my father still does not know,” the older sister wrote. “Last week, he threatened to take my sister … and hand over my mother to the Taliban (if I leave). I do not know where he got the news that I wanted to go. “

The Global Refugee Archive is essential to help people understand national and international crises at the individual level, said Robin Peterson, director of archives at Their Story Is Our Story.

Their story is our story protects refugees by gaining their consent to what can and may not be shared, often using aliases or blurring or blurring of faces in photos or videos.

The Global Refugee Archive now includes more than 50 interviews, a gallery of photographs, a gallery of works of art by volunteer artists, and an archive of some social media posts.

The BYU library offers unlimited database space, and Their Story Is Our Story is in negotiations to add other stories from new partners around the world, such as humanitarian organizations and other groups working with refugees.

“We are very pleased that the BYU Library has been able to partner with TSOS and provide a digital home to the archive in our institutional repository,” said Ellen Amatangelo, the library’s scientific communications coordinator.

The archive builds on Their Story Is Our Story’s previous efforts to share its collection of stories, a powerful 2018 book, “Let Me Tell You My Story.”

“I have no way of guaranteeing a happy outcome for any of the people I work with,” Dayley said, “but I reckon I can stand with them and I can make sure they are alone.”

Why Latter-day Saint Missionaries and US Embassy Evacuate Ethiopia (Nov. 6)

Family, friends to honor the life of Shannon Flynn, the colorful voice of ‘Murder Among the Mormons’ (Nov. 5)

A TSOS founder helped me tell a powerful refugee story last year, about a Syrian teenage girl named Hind and her family’s shaky escape on foot from Syria after bombs fell on their neighborhood. The journey forced a family of non-swimmers into a terribly choppy Aegean Sea in an inflatable boat filled with 70 other people.

President M. Russell Ballard, Acting President of the Quorum of the Twelve Apostles in The Church of Jesus Christ of Latter-day Saints, consecrated the 170th Temple of the Church.

The simple reason why the church will close all temple cafeterias in 2022.

What will Christmas in Temple Square look like this year?

Ken Jennings returns to “Jeopardy!” – and Temple Square gets a shoutout.

For Sale: What’s there in this collection of rare and historic Latter-day Saints items worth $ 3.2 million?

The First Presidency announced the dates of the Open House and the dedication of the Rio de Janeiro Temple in Brazil (with interior, exterior photos).

Why this Latter-day Saint ‘surfing family’ spent a week in a Jewish home on an NBC reality TV show.

Researchers have proven that two condors experienced virgin births: “It’s a reminder that if you do not think you understand nature, she always has surprises.”

A female high school hockey goalkeeper was subjected to vulgar shouts by students of an opposing team. Where were the adults?

Behind the scenes of what is happening to The Church of Jesus Christ of Latter-day Saints and its members.