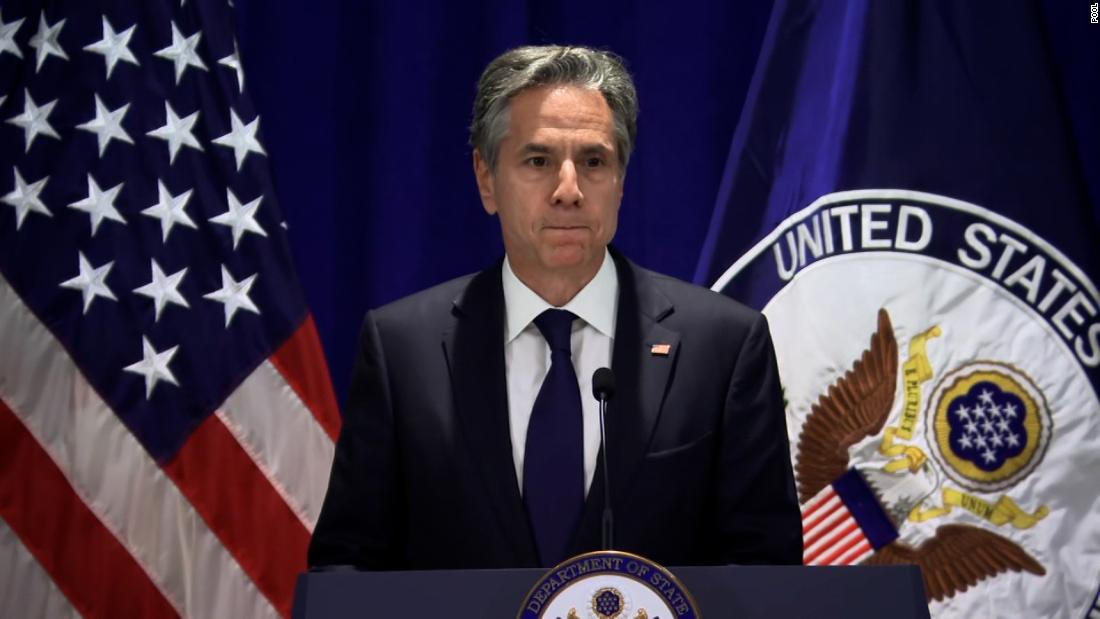 The top US diplomat, however, stressed that efforts to evacuate US citizens would continue as the number of Americans in Afghanistan who decide to leave fluctuates as people change their minds.

Blinken spoke with Qatar’s Deputy Prime Minister and Foreign Minister Mohammed bin Abdulrahman Al-Thani, saying that the US government had already facilitated the departure of more than 380 US citizens and 280 legal residents from Afghanistan since August 31, when the US withdrew back. from Afghanistan.

Blinken qualified that the U.S. citizens who had been offered the opportunity to leave are those whom the State Department “identified as ready to travel and have the necessary travel documents.”

Blinken stressed that his message relates to this one moment.

The picture “changes periodically,” Blinken said, “because what’s happening is this: Some people who have identified themselves as Americans say, nevertheless, they do not want to leave because their families, extended families , are in Afghanistan and they will continue to stay there. “

“Others change their minds and have told us they do not want to leave and then decide that they want to leave, so that number changes too,” Blinken explained. “And yet others since August 31 have come forward to identify themselves as Americans. So we will continue this effort as long as people want to leave.”

“This is an effort that will continue,” Blinken confirmed.

A State Department spokesman told CNN on Thursday that they are “in touch with a few hundred other U.S. citizens who do not want or are not ready to travel.”

Before speaking with journalists, Blinken and Al-Thani on Friday signed an agreement to allow the Qatari embassy in Kabul to represent US interests in Afghanistan as part of the strategic dialogue between the United States and Qatar.

“Today, we are signing two new agreements that reflect our deepening cooperation on Afghanistan,” Blinken said. “The first is to establish Qatar as the United States, which protects power in Afghanistan. Qatar will establish a US intersection within its embassy in Afghanistan to provide certain consular services and monitor the security of US diplomatic facilities in Afghanistan.”

The second agreement will formalize the US partnership with Qatar “to facilitate travel for Afghans with special US immigrant visas, a role it has already played in many cases,” Blinken said, “and serve as a transit point for eligible Afghans as they complete their application process. ”

The diplomatic connection in Kabul – once one of the largest US embassies in the world – has been closed since the US withdrawal in August, and the US moved its diplomatic mission to Doha.

With no formal US-Taliban ties and no formal US diplomatic presence in Afghanistan, Qatar will now act as a “protective force” for Washington. Qatar’s embassy staff will serve in a new US interest department inside the Gulf Nation’s embassy.

The new US interest section will use some of the facilities left by the US embassy in Kabul, an official confirmed to CNN, where Qatar provides security.

Reuters was the first to report the new event.

On Monday, U.S. Special Representative for Afghanistan Thomas West told reporters that the United States “does not seriously consider” reopening its embassy in Kabul at this time.

“I think what we want to see is the establishment of a record of responsible Taliban behavior, of predictable behavior, and then we will assess what needs we have on the diplomatic front,” he said during and briefing.