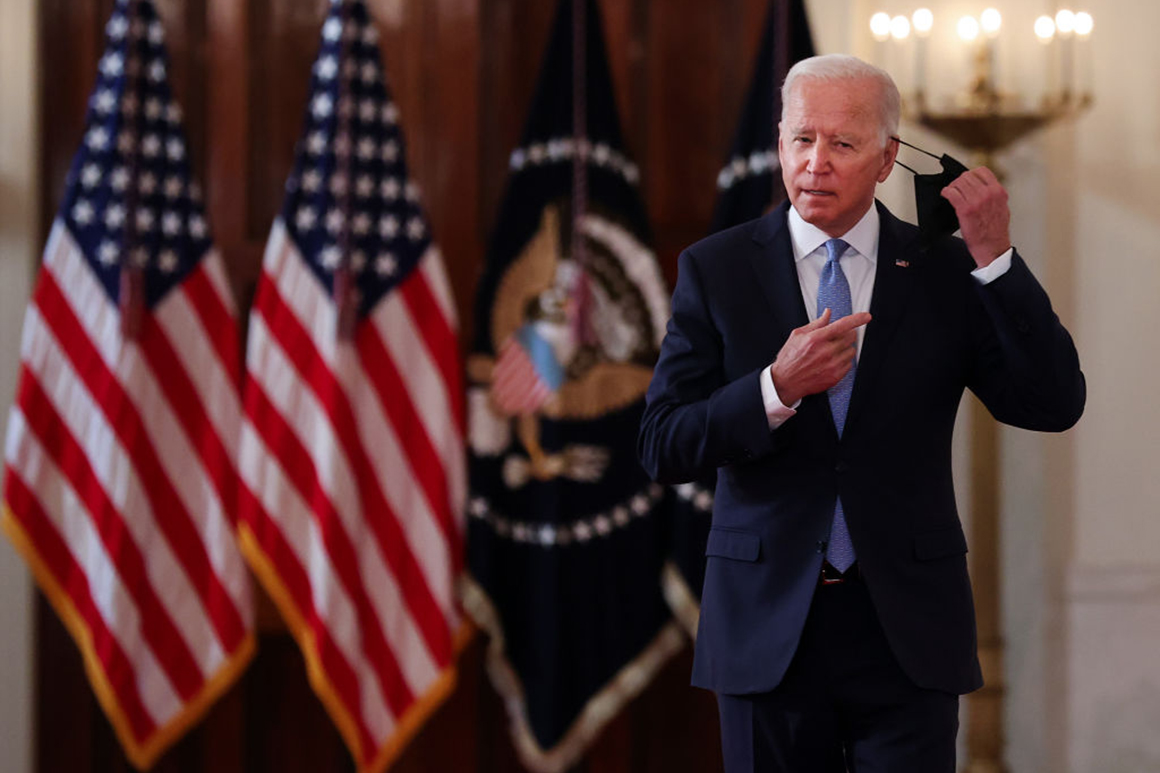 Despite these mistakes, Biden declared the U.S. evacuation of more than 120,000 people from Afghanistan an “extraordinary success.”

Biden did not spend time dwelling on his own broken promises – including a promise to fly out any U.S. citizen wishing to leave – and instead held a defiant address to end America’s longest war, defending his handling of the exit, and pointed to “corruption and abuse” in the Afghan government, which the United States spent far too much time supporting, slamming its critics to downplay the cost of the armed conflict and arguing that the country must move past the “war on terror” “, which began almost exactly 20 years ago.

“This decision on Afghanistan is not just about Afghanistan. It is about ending an era of major military operations to rebuild other countries,” Biden said. He took no questions.

Biden’s remarks served as the latest case of the president digging his heels in Afghanistan in the face of an unprecedented wave of criticism from traditional Democrats in the Democratic Party and the media. In fact, Biden has seemed more resolute and defensive the higher his critics became, and seemed convinced that voters and history would ultimately reward him for ending the war despite the chaotic withdrawal.

His administration has spent weeks finding polls showing voters support his political goals, believing that Beltway’s reaction to his decision was merely the latest case of it being cut off from ordinary voters.

“I give you my word with all my heart, I think it’s the right decision, the wise decision and the best decision for America,” he said today.

Not everyone in the administration shared the commander’s trust. “I am utterly shaken and literally appalled that we left Americans there,” an administration official told POLITICO. “It was a hostage rescue of thousands of Americans in the form of a NEO [noncombatant evacuation operations], and we have failed the no-fail mission. “Another White House official said the mission would not be complete if they left Americans.

The breakdown of the war in Afghanistan represents the biggest failure Biden has faced in his presidency – one in which he repeatedly failed to fulfill his lofty promises and flawed predictions. Biden has long been happy to prove that his doubters are wrong and wrap his persecutions in a sense of optimism. It has worked for him before, most recently with his zealous quest to win Republican support for a bipartisan infrastructure deal.

After the massive bill was passed in the Senate, he beat critics who had long said his push was an attempt to revive “a relic of an earlier age.”

‘I never thought so. I still do not, ”the president said, returning a question to reporters to ask if they had learned anything from watching Hi m negotiate and offer that he had just finished reviewing 50 statements from “very serious press people that my whole plan was dead from the beginning.”

On several other occasions, however, he has run into problems or been forced to eventually change tactics. Biden had for several months maintained that the increase in migrants arriving at the U.S.-Mexico border was part of a seasonal pattern. “It happens every single, lonely year,” he said. But the numbers through the summer have reached a peak in two decades, with a record number of unaccompanied children arriving here.

Earlier, even after months of hand-wringing from other Democrats who saw the decision as untenable and morally wrong, the administration had also refused to raise the ceiling of 15,000 people for refugee admissions set by the Trump administration. In the end, Biden withdrew and agreed to raise it to 62,500 by 2021.

In other areas where the outcome remains uncertain, he has been less willing to give. After meeting with Russian President Vladimir Putin earlier this year, Biden reprimanded the news media for being too down on the possibility of achieving strategic stability between the two countries. “The country has put a different face on where we have been and where we are going – and I’m fine with that,” he said at the time.

“I mean, look, guys,” he added, telegraphing his frustration, “I’m going to drive you all crazy because I know you want me to always have a negative impact on things.”

Yet, even when he has drilled down on valid criticism of the U.S. occupation of Afghanistan, Biden has consistently stretched the boundaries of optimism, while appearing reluctant to admit that his earlier predictions were too rosy. “There will be no circumstance where you see people being lifted off the roof of a U.S. embassy in Afghanistan,” Biden had told reporters earlier this summer.

He then dug the hole deeper, adding: “The likelihood of the Taliban overpowering everything and owning the entire country is highly unlikely.”

He was wrong on both counts.

When they were pressured into some of the predictions, Biden and his administration repeatedly tried to shift responsibility elsewhere.

Asked on Tuesday whether the president, noting the number of times U.S. citizens were warned to leave Afghanistan, essentially blames the Americans who could not get to the airport in time to be evacuated, the White House press secretary replied. Jen Psaki, “I think what the President said clearly … is that our commitment remains, there is no end to our commitment to US citizens who are in Afghanistan and who want to leave.”

Then she added: “It’s also important for people to take note and understand what the process has been and what we’ve been going through over the last few months, and that’s what the president put out.”