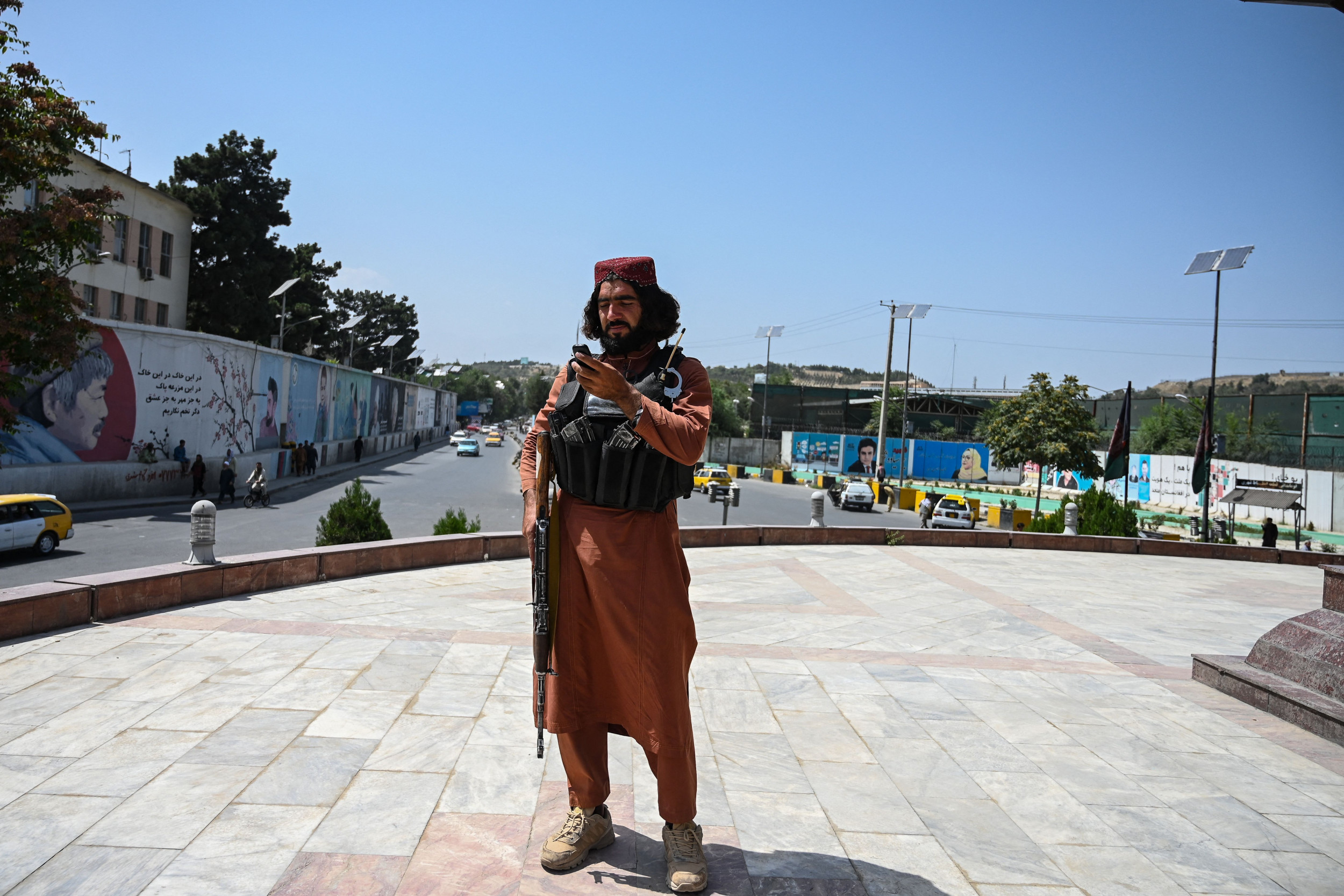 Bagram Air Base, including its prison, which holds 5,000 prisoners, surrendered to Taliban control, the Associated Press reported.

Bagram district chief Darwaish Raufi said the former US base, which held both Taliban and Islamic State group fighters, was taken over on Sunday. Other Taliban gains include Afghanistan’s capital Kabul following the collapse of the government.

On Sunday, the Taliban started a siege in Jalalabad, the last major city not under their control. The group also took the capitals of the provinces of Maidan Wardak, Khost, Kapisa and Parwan, as well as the country’s last government-controlled border post.

Earlier, a Taliban official said the palace group would announce the restoration of the Islamic Emirate of Afghanistan, the formal name of the country under Taliban rule, before the militants were driven out by US-led forces in the wake of the 9/11 attacks. . , which was orchestrated by Al-Qaeda while under the protection of the Taliban. But that plan seemed to be on hold.

The Afghans were afraid that the Taliban could reintroduce the kind of brutal rule that virtually eliminated women’s rights, and hurried to leave the country and line up at ATMs to raise their life savings. The desperately poor – who had left home in the countryside for the capital’s supposed security – remained in parks and open areas throughout the city.

Dozens of nations called on all parties involved to respect and facilitate foreigners and Afghans wishing to leave the country.

More than 60 nations released the joint statement, which was distributed by the U.S. State Department late Sunday night Washington time. The declaration states that those in power and authorities throughout Afghanistan “bear responsibility – and accountability – for the protection of human life and property and for the immediate restoration of security and civil order.”

The fall of Kabul marks the last chapter of America’s longest war, which began after the attacks of September 11, 2001. A US-led invasion displaced the Taliban and repulsed them, but America lost focus on the conflict in the chaos of the Iraq war.

It remained unclear when this transfer would take place and who among the Taliban negotiated. The negotiators on the government side included former President Hamid Karzai, leader of the Hizb-e-Islami political and paramilitary group Gulbuddin Hekmatyar, and Abdullah, who has been a vocal critic of Ghani.

“They tied our hands from behind and sold the land,” he wrote on Twitter. “Curse Ghani and his gang.”

The Taliban previously insisted that their fighters would not enter people’s homes or interfere in companies, saying they would offer “amnesty” to those who worked with the Afghan government or foreign forces.