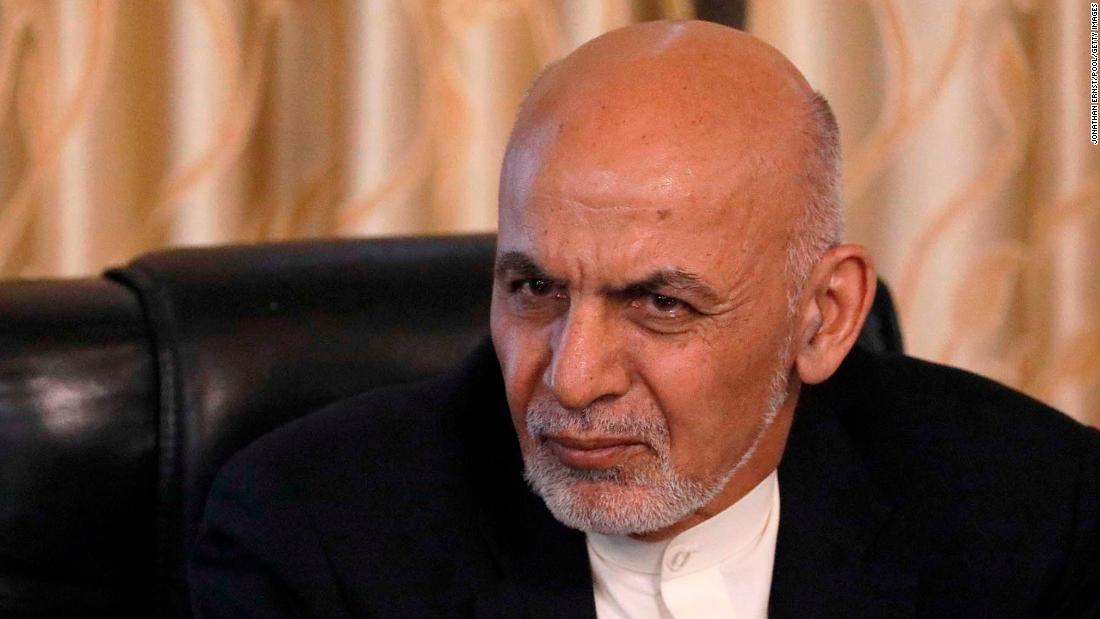 “The UAE’s Ministry of Foreign Affairs and International Cooperation can confirm that the United Arab Emirates has welcomed President Ashraf Ghani and his family into the country on humanitarian grounds,” the ministry said.

In a Facebook video message shared on Wednesday, Ghani reiterated that he was leaving the country to avoid bloodshed. He also wanted to prevent Afghanistan from becoming like Syria and Yemen, and avert “terrible disaster” by “being hanged” if he had remained in office.

He also dismissed the allegations that he left the country with a large sum, calling it a “baseless lie”.

“These accusations were all unsubstantiated and untrue and I reject them. I reject them with strong words,” Ghani said.

His departure was accelerated by the US withdrawal from Afghanistan, which paved the way for the Taliban to take on and defeat the Afghan security forces. Last week, major cities and provinces fell to Taliban fighters with little or no resistance.

U.S. intelligence analysts had predicted that it would take several weeks before the civilian government in Kabul fell to the Taliban. But on August 15, the Taliban took control of the presidential palace in the capital, while Ghani quietly made his exit.
Ghani’s abrupt departure was criticized for leaving Afghans to an uncertain fate under the Taliban.

Afghanistan’s then-acting defense minister, General Bismillah Mohammadi, slapped Ghani in a short tweet on Sunday, writing: “They tied our hands behind our backs and sold the homeland, for heck the rich man and his gang.”

The Afghan chairman of the High Council for National Reconciliation, Abdullah Abdullah, said on Sunday that God would hold Ghani “accountable and the Afghan people would also condemn him” for putting them and the country “in such a bad situation”.

The former president defended his move on Wednesday, explaining that the events had unfolded in a “hasty manner” and that he had worked to ensure a peaceful transfer of power with the Taliban.

“Those who think I fled the country, my message is that one should not judge whether one does not have all the information and details,” he said.

His departure was followed by desperate scenes on Monday at Hamid Karzai International Airport, where crowds of Afghans flocked to the tarmac and clung to military planes as they searched for a way out of the Taliban regime.
Chaos resumed on Wednesday, even though the U.S. military had gained control inside the airport. A CNN team heard shots outside the airport, while thousands tried to enter it, without any real clarity from the United States or the Taliban on how to enter the facility.

This was reinforced by the fact that the Pentagon and the State Department on Wednesday issued conflicting statements about the ability of US citizens and Afghans to reach Kabul airport. The Pentagon has said the Taliban “guarantees safe passage to the airport for US citizens.”

But the State Department said it could not ensure safe transit to the airport – and a few hours later Deputy Foreign Minister Wendy Sherman told reporters: “We have seen reports that the Taliban, contrary to their public statements and their obligations to our Government, are blocking Afghans. , wanting to leave the country, from reaching the airport.

The fate of countless Afghans who worked with the United States and its allies hangs in the balance while fearing retaliation from the Taliban, while bound into the bureaucratic nightmare of visa applications to Western countries.

The situation adds a sour tone to the Taliban’s charm offensive this week, with its officials trying to strike a moderate tone as they offered details of their new government through televised briefings, statements and press conferences.

On Tuesday, they made assurances that retaliation was not in the cards, that properties would not be confiscated, and that women would be allowed to work and study within the framework of Islamic law.

But their early promises are being undermined by their reaction to protests and reports from women living in the country.

In the eastern city of Jalalabad, Taliban fighters clashed violently with protesters, removing the group’s flag from the main square and replacing it with the Afghan flag, three witnesses told CNN.

The Taliban fired into the crowd in response, beating some of the protesters.

CNN has not been able to independently verify whether there were any victims, and the Taliban have not commented on the incident.

Despite the partial assurances from the Taliban leadership, high-profile female journalists have reported that they have been visited by the Taliban and received threatening calls from the group.

The latest comes from journalist Shabnam Dawran, who said in a Twitter video shared Wednesday that she had been barred from entering her workplace and was warned not to continue her job.

Darwan, who is an anchor at the state television company, Radio Television Afghanistan (RTA), said since the Taliban came to power that she has not been allowed to enter her office.

“Unfortunately I was not allowed, even though I had one [ID] also. Our male colleagues were able to go to the office by showing [ID] short, “she said in the video shared by Miraqa Popal, head of the Afghan news channel TOLO News.

“I was warned that you can not continue with your work as the regime has changed. Here there are great threats against us. If people in the world hear my voice, if charities hear my voice, they should help us because our lives are at great risk, “she said.

On Wednesday, Taliban leader Mawlawi Haibatullah Akhundzada called for the release of all “political prisoners” throughout Afghanistan.

“All state governors must – from tomorrow – release all political prisoners (old and young) without any restrictions or conditions, and extradite them to their families,” a Taliban twitter account wrote on Wednesday.

Taliban fighters imprisoned by Afghan national security forces for participating in insurgent activities are expected to be among the released prisoners.

The Taliban have already taken control of key prisons across the country, freeing thousands of inmates during their offensive. Hundreds of inmates were released from the Pul-e-Charki prison east of Kabul on Sunday, just hours before the Taliban took control of the capital.

Pul-e-Charki was the largest prison in Afghanistan when the Bagram airfield closed and contained a block of maximum security, which housed alleged ISIS fighters, Al Qaeda members and senior Taliban figures.