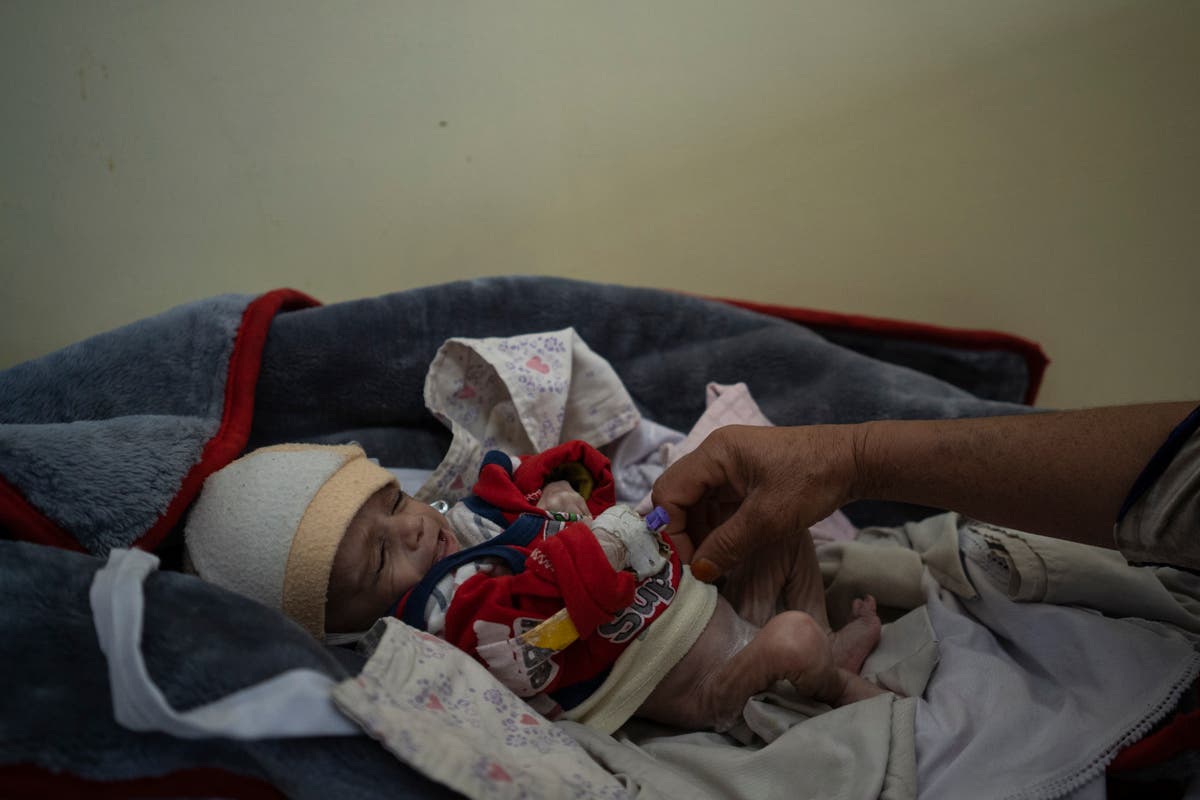 The room was dimly lit by the small oil lamp in the corner. I could hear the call to evening prayer ringing through the window. He was sitting on his little leopard-patterned rug in front of me. As I sat cross-legged, holding the bowl of fried eggs in one hand and a teaspoon in the other, I tried to encourage him to open his mouth. He resisted. He struggled to sit still. His eyes were sunken. They had no light. His bloated stomach looked bigger. Moaning, he refused to open his mouth.

After a few tries and a lot of encouragement, he briefly opened his mouth and I pushed the spoon into his mouth, just so he could close it and bite hard into the spoon. He was in pain because of the cold, I thought. Moaning restlessly, his bite on the spoon became increasingly tighter before releasing it. When I accepted the failure, I picked him up, laid him down in the corner of his rug, and covered him with another. An hour later he was lifeless. My little brother, Mohammad, was starving to death. He was buried in the village cemetery at dawn.

It was 1997, and for me, a nine-year-old Hazara boy, little Mohammad’s death was not unusual. Our people in our homeland of Hazarajat starved during the Taliban blockade. Hunger was universal. Only the luckiest had almost enough bread to eat. Something else was an unearthly luxury.

Hunger was not the only cause of death – lack of medicine was another. The memory of having a tooth pulled out without anesthesia still sends chills down my spine. I also never forget the screams of the young woman suffering from birth complications carried on the shoulders of a group of men through the thick snow towards the nearest hospital, which even in normal weather was a day’s walk away. Her cries fell silent as we watched from the roof. The men returned to take her to the mosque to prepare for her funeral.

The blockade lasted for almost two years, and the Taliban repeatedly rejected UN requests to allow aid to enter the region. Many thousands died across Hazarajat. Mountainous, unforgiving and with harsh winters, Hazarajat has very little arable land.

Back in charge, the Taliban are forcing the entire country into starvation. Afghanistan is becoming, as the director of the World Food Program has put it, “the worst humanitarian crisis on earth.” As winter approaches, the people of Afghanistan face hell. They are brutally oppressed and risk starving millions.

The Afghan catastrophe is man-made, which should shame humanity. It was avoidable. It could and should have been avoided. We knew and many of us warned that it was on its way. But we should not forget that the main culprit for this result is the Taliban. It now holds millions of Afghans hostage.

The world is facing a moral dilemma. It must find a way to get aid into the country without helping the Taliban regime. The group is doing everything it can to make aid a legitimate trick for its governance. It already uses utilities as photo options.

The need for assistance is urgent and the Taliban is taking advantage of this urgent situation. We must avoid providing assistance to and through the Taliban. The consequences of doing so will only prolong the misery inflicted on the people of Afghanistan. The international community and aid organizations must immediately create a clear framework for aid delivery, which should bypass the Taliban.

To stay up to date with all the latest opinions and comments sign up for our free weekly Voices Dispatches newsletter per. by clicking here

The Taliban must be forced to pay for the suffering it inflicts on the Afghan people, not be rewarded. The group is the cause of this tragedy, not the solution or even part of the solution to it.

Every day we get more and more evidence of horrific human rights violations committed by the Taliban throughout Afghanistan. The people of Afghanistan are not just mouths that need food. They need solidarity and support to get rid of the evil that has befallen them. Recent months, and the country’s complex history and people, are proof that the group’s rule will not last. We have a moral obligation to make sure it does not last long.

My experience cannot be compared to what millions of men, women and children are going through in Afghanistan. Things do not have to be that way.