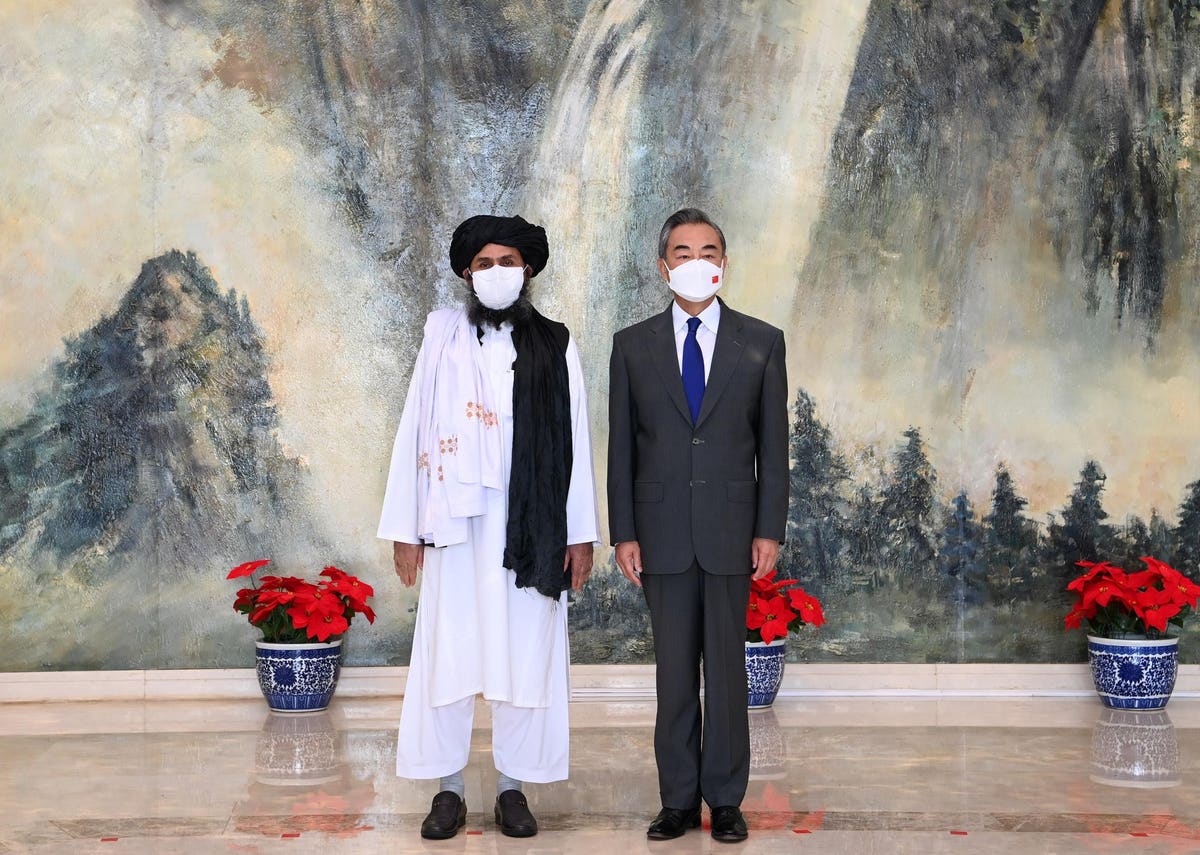 The US defeat in Afghanistan threatens to undermine the already limited US credibility and geostrategic leverage. With the rise of the Taliban, the region’s energy infrastructure and natural resources are now more at risk than ever since 2001, the year the United States ousted the Taliban regime.

While the Taliban take stock of the natural resources and US-funded infrastructures now at their disposal, strategic competitors, including China and Russia, will look at lucrative development projects that increase their regional ambitions.

They are all looking for a great prize. There is the potential for copper, gold, Afghanistan has estimated 1.4 million tons of rare earth elements (REE), minerals that are essential for the production of renewable energy technology. This makes Afghanistan a primary investment destination for China, the current king of global REE supply chains. America needs rare earths, and China controls 90% of its processing capacity.

Chinese Foreign Ministry spokeswoman Hua Chunying said Monday that Beijing will pursue a constructive role in establishing “peace and reconstruction” in Afghanistan. Russia, for its part, has ordered only a partial evacuation of its Kabul embassy staff, according to Putin’s special representative in Afghanistan: at our embassy and continued communication. “While Moscow considers the Taliban a terrorist organization, its foreign ministry has already said that the mullahs’ political liaison office is not one – as the Trump and Biden administrations did when they negotiated with the Taliban.

As a signal of acceptance of the Taliban as a legitimate military and state entity, the Chinese Foreign Ministry hosted High Taliban political leader Mullah Abdul Ghani Baradar in late July. Since then, state-run media have stressed Beijing’s commitment to filling the void left by the United States. This has been welcomed by the Taliban, which has invited China to play a role in economic development.

In Central Asia, China has invested significant capital in infrastructure projects under its Belt and Road Initiative (BRI). There is no reason to believe that the Taliban would want to interrupt Belt and Road programs that are already underway. And the future is already being negotiated. Afghanistan and China agreed in principle to deepen BRI cooperation despite uncertainty about the security situation in connection with the US withdrawal of troops. The key will be the development of the China-Pakistan corridor, which will also involve the Taliban-controlled Afghanistan. It should come as no surprise when China becomes a primary financial support to Taliban-controlled Afghanistan through royalties and taxes paid to speed up mining projects.

Despite potential Taliban-Chinese government cooperation, major infrastructure projects in Afghanistan are undoubtedly in jeopardy in the midst of the US withdrawal. These include the highly speculated gas pipeline Turkmenistan-Afghanistan-Pakistan India or TAPI. Construction of the TAPI stopped in the 1990s due to political instability during the first period of Taliban rule (1996-2001), but was then revived in 2018. Although project development was supported by senior Taliban officials, the nature of the conflict may put construction on break due to mass migration and violence.

Then there is Afghanistan’s part of the CASA-1000 project – a regional initiative designed to export excess hydropower from energy-rich Central Asia to energy-poor South Asia via connected power grids.

Similarly, a multi-billion dollar railway construction connecting Uzbekistan and Pakistan via Mazari-Sharif and eventually Kabul and Peshawar is likely to be delayed. This would be a major opening for Central Asian exports to Pakistani ports in the Indian Ocean. As the Taliban gain control of the country, railway companies will no doubt have trouble providing security and recruiting skilled labor to work in the country.

The decline in US protective, financial and humanitarian aid to Afghanistan has provided opportunities for insidious actors from Beijing to Pyongyang and from Moscow to Tehran. Implications stemming from the United States’ strategic mismanagement and abrupt withdrawal of troops are expanding beyond economic development. Clear understanding of the United States’ lack of meaning in predicting the devastating speed of the Taliban attack has seriously undermined our credibility with both enemies and allies.

A United States that does not live up to its obligations and does not protect its allies and assets invites aggression from opponents and concern from allies. In the case of China, the fallout could openly spur incursions into Taiwan, while Russia could use the defeat as a catalyst to further engage in the affairs of the Baltic states, Belarus, Ukraine and threaten Poland.

Importantly, the US defeat has given jihadist opponents a significant moral boost that could trigger attempts to destabilize the Middle East. On the streets of Gaza City, members of Hamas and Palestinian Islamic Jihad yesterday congratulated the Taliban on the victory with a public statement and sent members out to hand out free sweets at traffic intersections.

And U.S. defense officials are concerned that the security vacuum will allow Al Qaeda and others to rebuild, posing a renewed global security threat that may be greater than Afghanistan before 911. This fear is not unwarranted, as the Taliban recently liberated thousands of prisoners , including Al-Qaeda and ISIS militants, from the Pul-e-Charki prison on their way to seize power in Kabul. Because of the Taliban’s oath of allegiance, Al Qaeda leaders understand the opportunities ahead. These will encourage inspired believers to flock to Afghanistan for training and terrorist planning.

Whether the Taliban uses its newly acquired natural resources for political gain with tasteless actors or destroys them through corruption, chaos and greed – the future of Afghanistan does not bode well for the interests of America or its allies.

With the assistance of Liam Taylor and James Grant