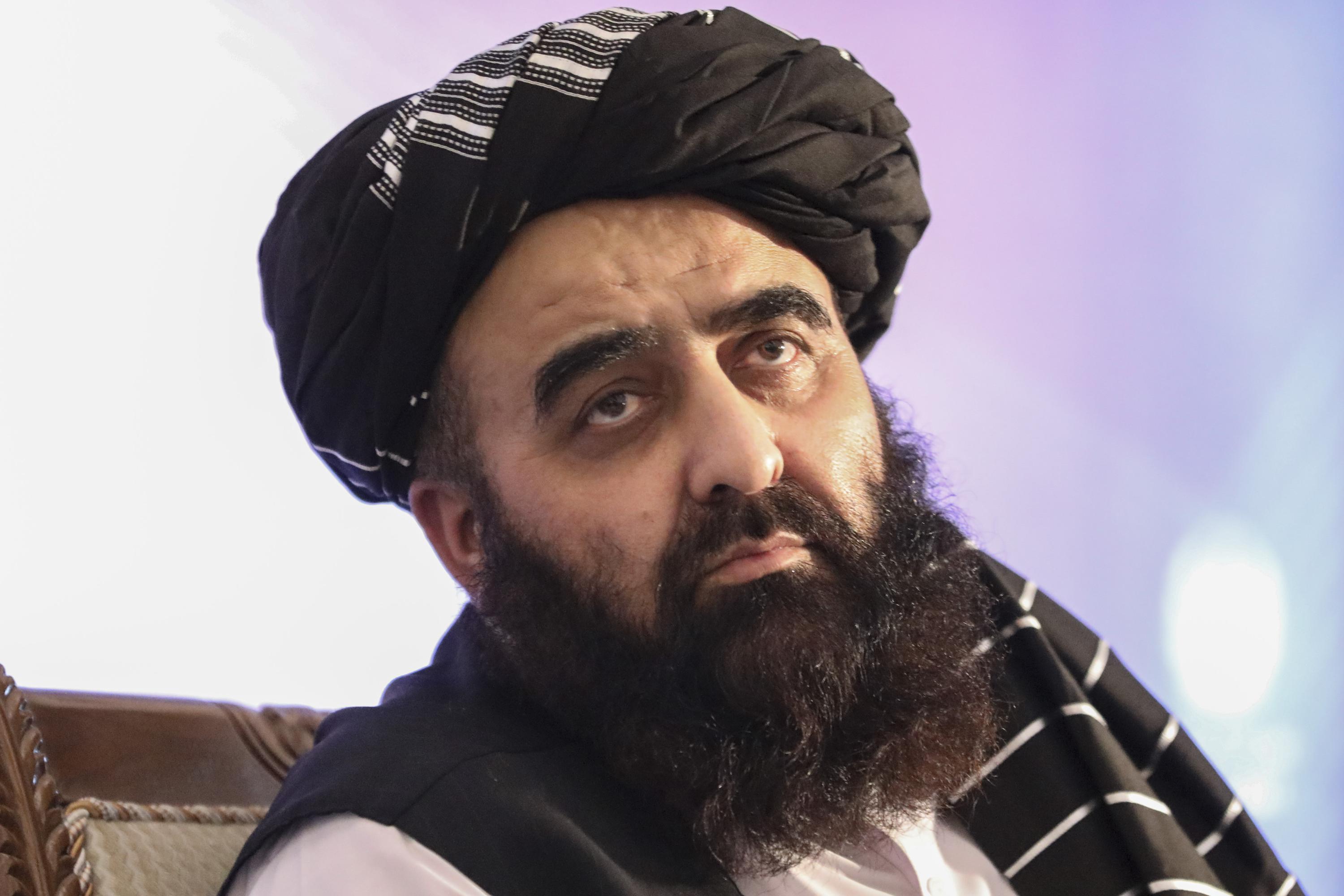 KABUL, Afghanistan (AP) – Afghanistan’s new Taliban rulers are committed in principle to education and jobs for girls and women, a marked departure from their former days in power, and seek the world’s mercy and compassion ‘to help millions of Afghans in desperate need. situation. needs, a senior Taliban leader said in a rare interview.

Afghan Foreign Minister Amir Khan Muttaqi also told the Associated Press that the Taliban government wants good relations with all countries and has no problem with the United States. He called on Washington and other nations to release up to $ 10 billion in funds that were frozen when the Taliban seized power on August 15, following a swift military attack across Afghanistan and the sudden, secret escape of the US-backed President Ashraf Ghani.

“Sanctions against Afghanistan would … have no benefit,” Muttaqi said Sunday as he spoke in his native Pashto during the interview in the scattered, pale brick building in the heart of the Afghan capital, Kabul.

“Making Afghanistan unstable or having a weak Afghan government is not in anyone’s interest,” said Muttaqi, whose aides include former government employees as well as those recruited from the Taliban’s ranks.

Muttaqi acknowledged the world’s outrage over the Taliban’s imposed restrictions on girls’ education and women in the workforce. In many parts of Afghanistan, female high school students between the ages of seven and 12 have not been allowed to go to school since the Taliban took over, and many female officials have been asked to stay home. Taliban officials have said they need time to create gender-segregated schemes in schools and workplaces that meet their strict interpretation of Islam.

When they first ruled from 1996-2001, the Taliban shocked the world by excluding girls and women from schools and jobs, banning most entertainment and sports, and occasionally carrying out executions in front of large crowds in sports stadiums.

But Muttaqi said the Taliban have changed since they last ruled.

“We have made progress in administration and politics … in interaction with the nation and the world. With each passing day, we will gain more experience and make more progress,” he said.

Muttaqi said that under the new Taliban government, girls go to school to 12th grade in 10 of the country’s 34 provinces, private schools and universities function unhindered, and 100% of the women who had previously worked in the health sector are back in education. job. “This shows that we are, in principle, committed to women’s participation,” he said.

He claimed that the Taliban had not targeted their opponents but had instead announced a general amnesty and provided some protection. Leaders of the former government live without threat in Kabul, he said, even though the majority have fled.

Last month, the international group Human Rights Watch published a report saying that the Taliban summarily killed or forcibly disappeared more than 100 former police and intelligence officials in four provinces. However, there have been no reports of large-scale retaliation.

Muttaqi accused the Afghan government of seizing power after the US-led coalition ousted the Taliban regime in 2001 from carrying out extensive revenge attacks against the Taliban. Hundreds disappeared or were killed, causing thousands to flee to the mountains, he said. The Taliban were driven out to house al Qaeda and Osama bin Laden, who were behind the 9/11 terrorist attacks in the United States.

Muttaqi insisted that poverty and the dream of a better life – not fear – drove thousands of Afghans to rush to Kabul airport in mid-August, hoping to reach America. The crushing of people had created burning images of men clinging to an departing U.S. C-17 plane while others fell to the ground as the wheels retracted.

He said the Taliban had made mistakes in their first months in power and that “we will work for more reforms that can benefit the nation.” He did not elaborate on the flaws or possible reforms.

Muttaqi withdrew from comments by U.S. Navy General Frank McKenzie, who told the AP last week that the al-Qaeda extremist group has grown a bit inside Afghanistan since U.S. forces left in late August. McKenzie is Washington’s top military commander in the Middle East.

In a February 2020 agreement that clarified the conditions for a withdrawal of US troops, the Taliban had promised to fight terrorism and deny terrorist groups a safe haven.

Muttaqi said on Sunday that the Taliban had kept that promise, along with a promise not to attack US and NATO forces during the final phase of the withdrawal, which ended in late August.

“Unfortunately, there are (always) accusations against the Islamic Emirate of Afghanistan, but there is no evidence,” Muttaqi said. “If McKenzie has any evidence, he should present it. With confidence, I can say this is an unfounded allegation.”

Meanwhile, Islamic State militants have stepped up attacks on Taliban patrols and religious minorities in the past four months. The IS Federation in Afghanistan has targeted Shiite mosques in the provincial capitals of Kunduz and Kandahar and carried out frequent attacks on Taliban vehicles.

However, Muttaqi said the Taliban had taken over in recent weeks, saying there had been no major attack in the last month. Washington’s ability to track IS activities in Afghanistan has been handicapped since the withdrawal of troops.

Muttaqi said he does not envisage cooperating with the United States in the fight against Islamic State.

However he acknowledged that their numbers were not enough to defeat Afghanistan. .

“My last point is to America, to the American nation: You are a great and great nation, and you must have enough patience and a big heart to dare to make policies about Afghanistan based on international rules and relegation, and to end it. the differences and shorten the distance between us and choose good relations with Afghanistan. ”