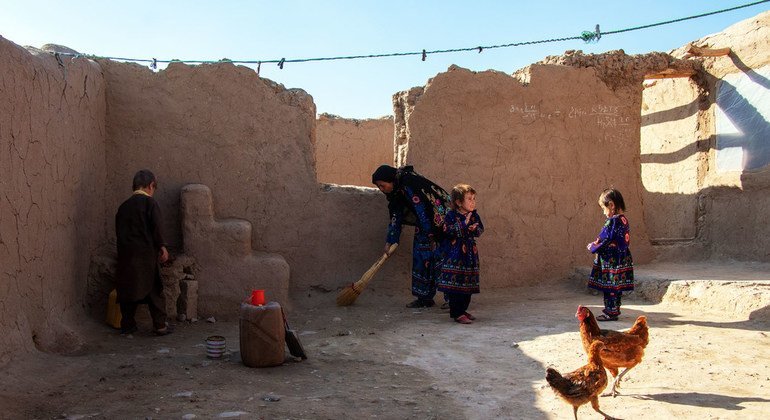 Deborah Lyons, UN Special Representative and Head of the United Nations Assistance Mission in Afghanistan (UNAMA), said that despite an improvement in the security situation, Afghans feel abandoned by the international community and concerned about their new leadership.

Snow and ice will soon block roads in hard-to-reach areas across Afghanistan, leaving thousands without access to fresh supplies and services for months.

IOM teams reach out to remote communities to help all in need with blankets, warm clothing, shelter and cash. pic.twitter.com/27OOOtpg7Y

“Ultimately, the Taliban must decide whether to rule in accordance with the needs and rights of the diverse Afghan people, or whether to rule on the basis of a narrow ideology. and an even narrower ethnic base, ”she said.

The Special Representative stressed that the Taliban are actually trying to present themselves as a government, saying that they are limited by a lack of resources and a political ideology that conflicts with current international norms of governance.

Moreover, the Taliban has neither gained the confidence of most Afghans nor convinced the citizens of their ability to govern.

Against this weak background, Ms Lyons stressed that the international community must remain engaged with Taliban leaders in order to shape a more positive future trajectory.

“Leaving the Afghan people now would be a historic mistake – a mistake that has been made before with tragic consequences “, she warned.

Outlines her team’s early interactions with de facto The Taliban administration, the Special Representative said, said engagements have generally been useful and constructive.

That de facto authorities have indicated that they want a UN presence and appreciate its assistance.

They continue to seek international recognition as well as ways to overcome the trust deficit that they recognize exists between them and the international community.

The Taliban continue to provide security to UN personnel and allow broad humanitarian access, including for female humanitarian workers, providing access to parts of the country that have not been visited for 15 years.

“Rest assured that we have not backed down from raising difficult issues with the Taliban, especially on women’s rights, girls’ education and on reports … of harassment and extrajudicial killings,” the UN official stressed.

Deborah Lyons, Special Representative of the Secretary-General and Head of the UN Assistance Mission in Afghanistan, briefs the Security Council on the situation in the country.

Ms. Lyons said the Taliban have generally acknowledged the concerns of the international community – often by acknowledging mistakes and trying to resolve them.

But they also make it clear that, for the time being, there are limits to the concessions they are willing to make on certain issues, including those relating to women’s rights and freedoms.

While de facto authorities had initially assured the global community that they would protect women’s rights under Islamic law – including the right to education – which has nevertheless been a general curtailment of their fundamental rights and freedoms.

From a woman’s right to work, to their absence from major decision-making forums and high levels of government, their limitations have become obvious.

And Taliban authorities have indicated they are working on a nationwide policy to govern girls’ right to education.

The best way to promote stability and future international support is for the Taliban to avoid the isolation that characterized their previous experience of power, Special Representative

Among their biggest concerns are the country’s paralyzed economy, inability to raise money and fear of not being able to feed themselves in the winter.

The UN has also received credible reports of house searches and extrajudicial killings of former government security personnel and officials.

Meanwhile, to date, the Taliban has proven its inability to stem the expansion of Islamic State in Iraq and the Levant – Khorasan province (ISIL-KP), where terrorist attacks have risen from 60 in 2020 to 334 so far this year.

In this context, Mrs Lyons called for the gradual establishment of constructive relations between Afghanistan and the world as a whole.

“The best way to promote stability and future international support is for the Taliban to avoid the isolation that characterized their previous experience of power,” the Special Representative stressed.