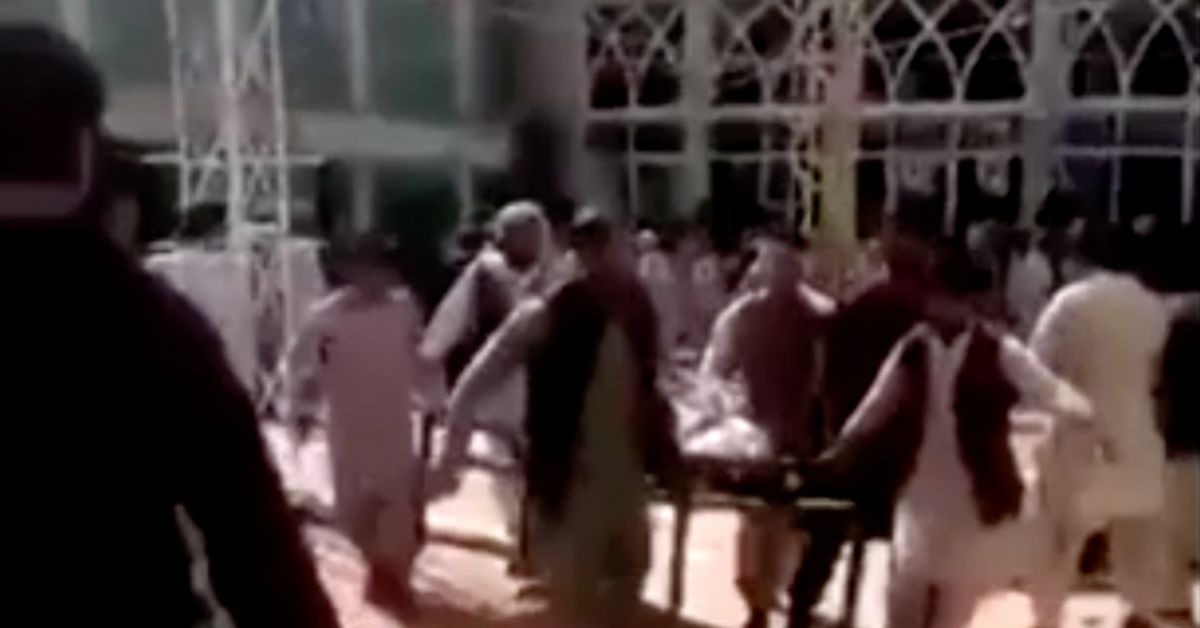 KABUL, October 15 (Reuters) – Suicide bombers attacked a Shiite mosque in the southern Afghan city of Kandahar, killing at least 35 people for the second week in a row, with militants bombing Friday prayers and killing dozens of minority worshipers.

There was no immediate assumption of responsibility for Friday’s attack in Kandahar, but Islamic State claimed the similar bombing a week earlier, killing dozens of Shia Muslims in the northern city of Kunduz.

Sardar Mohammad Zaidi, imam of the mosque, said there had been four attackers, two of whom blew themselves up at the entrance, allowing the other two to enter, where they detonated their explosives among about 3,000 worshipers just as Friday prayers ended. Read more

A health official at Kandahar’s Mirwais hospital told Reuters it had confirmed 35 dead and treated 68 wounded.

The attacks have caused shock and terror among members of Afghanistan’s Shia Muslim minority and are undermining the ruling Taliban movement’s claim to have restored security since taking over the country in August.

“When I arrived at the mosque, I saw wounded, dead bodies and people who had fallen on top of each other,” said Haji Sarwar Hazara, a local contractor who arrived shortly after the explosion.

“I do not know who has done this work, it is the enemy of Islam. But they can not create differences among Muslims,” ​​he said.

Photographs and cell phone footage posted by social media journalists showed many people apparently dead or seriously injured on the bloody floor of the Imam Bargah Mosque, also known as the Fatima Mosque, the largest of about 40 Shia Muslim mosques in Kandahar.

Taliban spokesman Zabihullah Mujahid said security forces had been ordered to arrest the perpetrators and bring them to justice under Islamic law.

Sunni Muslim fighters from Islamic State have repeatedly in the past attacked Shia Muslims with large-scale attacks aimed at killing civilians, including one who killed dozens of schoolgirls in a Shiite district of Kabul in May last year.

The Taliban are also strict Sunni Muslims, but consider Islamic State their enemy and have promised to protect all ethnic and sectarian groups since coming to power in August when US forces withdrew.

“We hope Taliban leaders take decisive steps against these vicious terrorist incidents,” it read in a Twitter post.

The UN mission in Afghanistan said those responsible should be held accountable.

Taliban special forces arrived to secure the site and an appeal went out to the residents to donate blood to the wounded.

The explosion, which came so shortly after the Kunduz attack, underscored the uncertainty about security in Afghanistan as the Taliban struggle with an escalating economic and humanitarian crisis that threatens millions with hunger.

The local affiliation with Islamic State, known as Islamic State Khorasan after an old name for the region, has escalated attacks following the Taliban’s victory over the Western-backed government in Kabul.

Taliban officials have downplayed the threat from Islamic State and rejected proposals that they could accept US aid to fight the group.

But the repeated attacks have caused growing unrest from the countries of the region about the potential for militant violence to spread across Afghanistan’s borders.

The fact that the Shia Muslim minority has once again been attacked may also create tensions among ethnic and sectarian groups in the country, which are largely Sunni Muslim but ethnically diverse.

Most Shia Muslims in Afghanistan belong to the Hazara ethnic group of Persians, who have previously complained of persecution under the predominantly Pashtun-speaking Taliban.