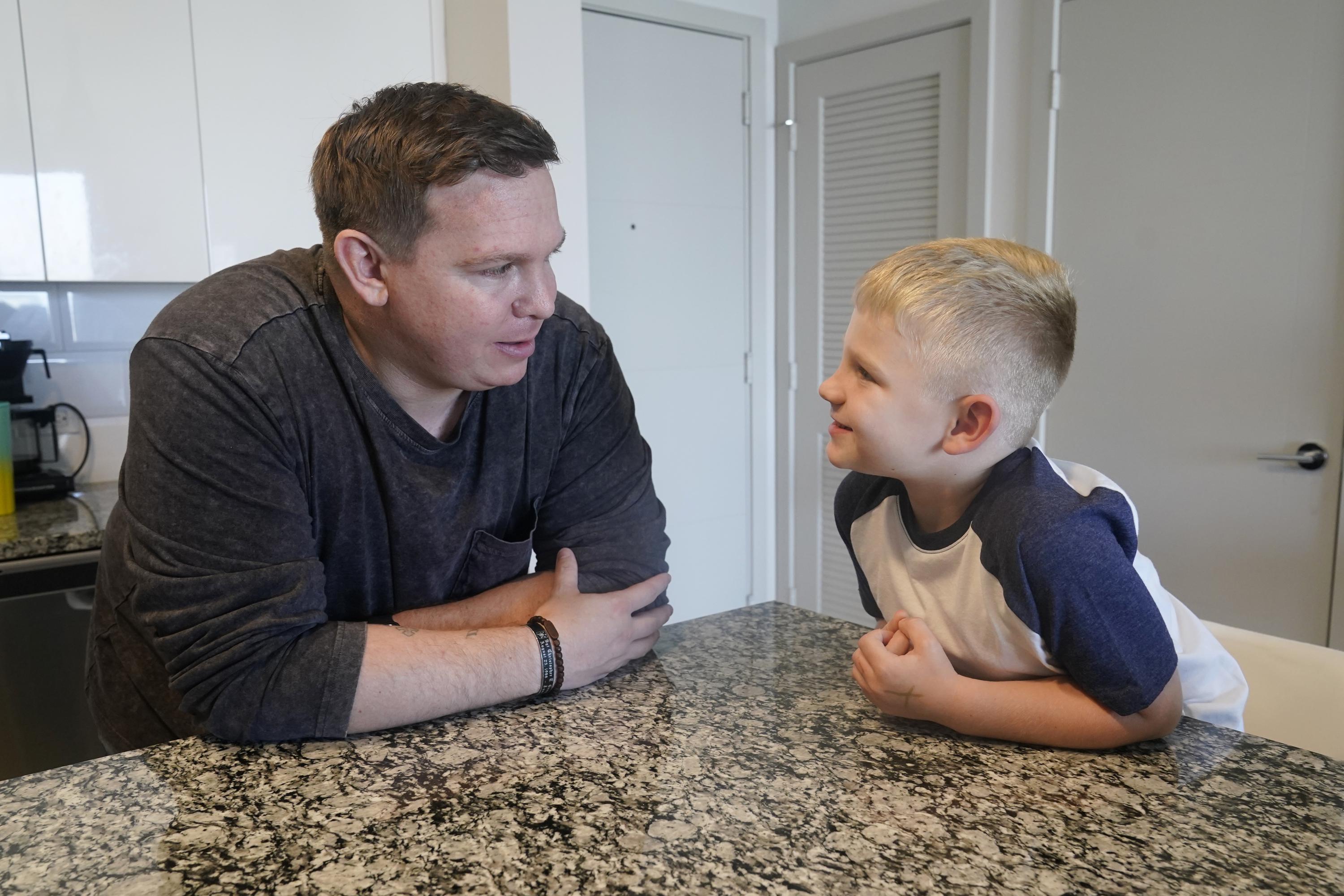 One day not so long ago I saw my soon to be 3 year old son jumping up and down to the sound of “ho” and “hey”.

It’s a song by Lumineers, an American folk-rock band. The lyrics and trampling resound throughout the kitchen and into the house. My son jumps on every verse that ends with a shout.

“Then show me, family. Hello!” He jumps.

He jumps. And then I do too.

This is a story about a curious boy without a name – at least not a name I have ever known. It was 2013, more than a decade after the 9/11 attacks. I was a Marine at the time, back in Afghanistan for the second time.

At the time, I was working on stopping a Taliban cell that specialized in making improvised explosives. In that effort, a video emerged. I saw it.

I remember him. I can not forget him. I remember watching a minute-long video showing a static video camera pointing down a narrow path between two mud hut walls, common in the small villages, often surrounded by opium poppy fields. On the screen, not much was moving.

I remember the wind from the east kicking the moon-like dust up to the west. The tree and its shadow moved across the ground as the branches and leaves broke up the sun’s rays to create abstract art patterns on the desert floor.

I remember the boy, full of energy and life, running into the frame and looking out of it. From left to right.

He is Afghan, and given the province we are in – Helmand, to be exact – he may be speaking Pashto. His small size places him somewhere between 3 and 5 years old. Perhaps he is 6, an achievement in itself; It is said that one in 10 children in Afghanistan dies before the age of 5.

While his curiosity runs wild, I know what he’s not doing. When he ran into the frame and looked out of it, he had entered a soft spot in the ground – a stain different from the rest of the hard-packed dirt. He wanted to know why. I did not.

Slowly he goes back to the middle of the picture and studies the ground carefully. Like a newly discovered toy, he begins to stomp on the soft spot in the dirt. Again and again he stomps. I’m waiting, know what I know.

Victim-operated improvised explosive devices, known as VOIEDs, have various contacts known as pressure plates. The idea is that the bomb is detonated by an unsuspecting person by completing the circuit when pressure is applied or removed from the switch.

A power source supplies electricity between the switch and the detonator, and upon completion of the circuit, the main charge explodes. Gas heats up and expands rapidly under pressure, sending shock waves and shrapnel outward.

In short: Step on the IED and if you weigh enough, the bomb will explode.

None of this is known by the curious boy without a name, who continues to step on the bomb that will not go off – the bomb, which he does not know, is a bomb.

The reason for this is perhaps even more insidious than the bomb itself: he is too malnourished and does not weigh enough to detonate the bomb that will definitely kill him. So he keeps stomping.

The curious boy without a name jumps one last time. He disappears into a dust cloud of fire and grated flesh.

The video ends with a simple question: “Play again?”

Inside my head I have no control over the answer.

My mental repetitions of the video continue, year after year, as in perfect harmony with the Afghan war itself. In many ways, the war became a monster in my life. Everything was defined by who I was before that and who I was after.

The monster took my friends in gun battles – or later, through their own hands. I could blame it on my anger and depression. My sleepless nights and unhealthy eating habits and weight gain. My failed marriage. The pills from VA. The ring for my ear and shortness of breath in the lungs. How long does it take for cancer to develop from toxic burns, I wonder.

Afghanistan is my sucking breast wound, and it always will be, because – despite what we’ve seen in recent weeks – wars do not end in a withdrawal or withdrawal or retrograde or signing of a peace treaty.

Instead, they ebb and flow in the memories of those who were there and those who got an unfortunate knock on the door one day from people in uniform. In those battlefields, there is a permanent splinter. It’s the real “forever war”.

The skepticism about the United States’ longest-running war – and now its chaotic and bloody conclusion – is heightened by recent history. It reminds us that President Trump said he wanted the troops home for Christmas and how that did not happen. Less than a year before I wanted to see the curious boy live through his last moments, then-President Obama tweeted then-Vice President Biden’s words: “We are traveling in 2014. Period.” We did not.

After several years of statements by Washington about “turning a corner” in Afghanistan, Army General Mark Milley, chairman of the Joint Chiefs of Staff, said in December that the United States had only achieved a “least success” after nearly two decades of war, leaving both American and Afghan families permanently destroyed.

I look around. What do my people know about this war, about its spilled blood and lost treasures, about me?

In 2009, then-Secretary of Defense Robert Gates said, “Regardless of their happy feelings for men and women in uniform, for most Americans, wars remain an abstraction, a distant and unpleasant series of news that does not affect them personally.”

Around me, around you, America’s latest generation of combat veterans is shifting to civilian life. They look for jobs and find them only occasionally. They are looking for healthcare and find that they need more.

They are sometimes noticed, sometimes ignored – combatants still, this time in a deeper divide between the small section of Americans who carried the bulk of the war and those for whom the wars are only, as Gates said, “an abstraction . “

I am in my house again, far from Helmand province, far from my messy days in Afghanistan, far from the anguish that is unfolding right now. It is years after the curious boy jumped on the soft spot of Afghan soil one last time. In my house, The Lumineers sing. My son is dancing.

He jumps once more. And keep dancing.

James LaPorta is a reporter on the AP’s Global Investigations Team, which covers national security and military affairs. He is a former U.S. Marine and a veteran of the Afghanistan War. Follow him on Twitter at http://twitter.com/Jimlaporta