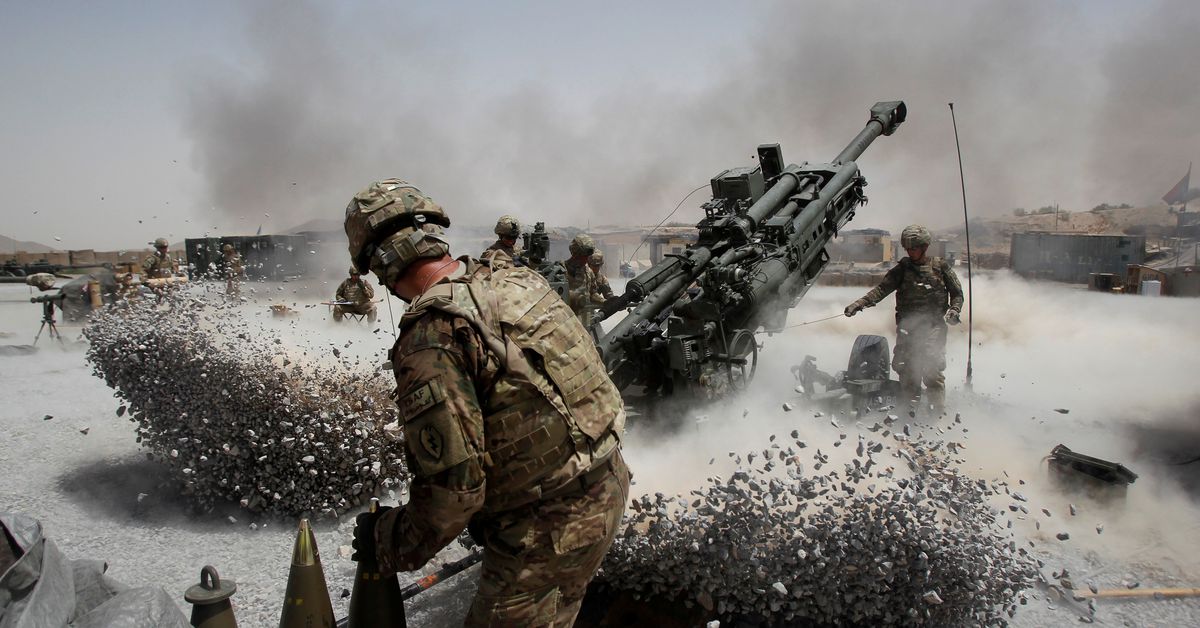 WASHINGTON, AUGUST 16 (Reuters) – America’s longest war is coming to an end, with a loss to the enemy it defeated in Afghanistan nearly 20 years ago, shocked that the government and military it supported collapsed so quickly and chaotic evacuation operations in the 11th hour.

And now the 20th anniversary of the attacks on New York and Washington on September 11 will be marked with the Taliban back in power.

“This has not been a 20-year war. It has been a one-year war fought 20 times,” said a U.S. military official to convey frustration over short-term thinking, multiple mistakes and a lack of consistency across four administrations.

Interviews with nearly a dozen current and former U.S. officials and experts highlighted the failures that paralyzed U.S. efforts to stabilize Afghanistan, where Washington spent more than $ 1 trillion and more than 2,400 U.S. officials and tens of thousands of Afghans died, many of them civilians.

Two Republican and two Democratic administrations fought to fight corruption and human rights violations, even while agreeing to a large portion of them as they sought to nurture democracy and the rule of law, build a strong Afghan military, and keep war-weary Americans engaged.

They promoted a powerful central government in a country where tribes for centuries enjoyed local self-government. Their drug eradication programs antagonized additional people in the Taliban’s strongholds in the countryside who rely on opium poppy cultivation to survive.

The intelligence shortages also weighed, including last week, when US President Joe Biden’s administration expected it would take a few months for the Taliban to enter Kabul. They only took a few days.

There were some undeniable successes.

The United States and its partners have helped improve countless lives in one of the world’s poorest countries, promote the rights of women and girls, support independent media, and build schools, hospitals, and roads.

All this is now threatened.

President George W. Bush declared a “war on terror” and overthrew the Taliban government in Kabul, which had hosted al-Qaeda militants responsible for the hijacked airstrikes in 2001. The strategy worked. For a while. The Taliban were overthrown and al Qaeda sent on the run.

But former officials and experts said that instead of working to secure Afghanistan against a re-emergence of the Taliban, the Bush administration diverted resources, personnel and time to invade Iraq on the erroneous claim that Saddam Hussein’s authoritarian government was illegal. weapons of mass destruction programs.

“The United States has been distracted by the war in Iraq for several years,” said Lisa Curtis, a former CIA analyst and regional expert who served in the Bush and Trump presidencies and is now a senior fellow at the Center for New American Security. .

“It was the right thing to do to overthrow the Taliban … Unfortunately, shortly after we overthrew the Taliban, more attention began to go towards the war in Iraq,” Curtis said.

“Are we actually trying to help build and reform this nation (Afghanistan), or are we just trying to get out?” said Jonathan Schroden, an expert at the CNA policy institute who served as an adviser to the U.S. Central Command.

He sought to reduce US forces in Afghanistan, but agreed to an increase in an attempt to pressure the Taliban into peace talks. In a speech at West Point in November 2009, he said he would send another 30,000 troops, but added that “after 18 months, our troops will start coming home.”

In an attempt to reassure his domestic audience, Obama effectively told the Taliban that they could wait for the United States.

As a presidential candidate, Obama called Afghanistan “the good war” and contrasted it with the military disaster in Iraq.

In the desperate and constant need for a stable government, the United States worked with Afghans who had influence but were embroiled in corruption and human rights violations.

Peter Galbraith, a former US ambassador who served as deputy UN envoy to Afghanistan, said the US doctrine against insurgency emphasized the need for a “local partner.”

It prompted the United States, the United Nations and other countries to legitimize successive Afghan governments and effectively accept widespread corruption, even as they alienated efforts to fight corruption.

This policy, he said, is illustrated by the blessings Washington, other countries and the UN awarded in the 2009, 2014 and 2019 presidential elections, despite the fact that they were aware of massive fraud and other irregularities.

“We do not have the toolkit to eradicate endemic corruption in society,” a former senior official told Reuters on condition of anonymity.

Corruption also infected the Afghan military, to which the United States allocated $ 88 billion over two decades.

For example, the United States never quite overcame the problem of “ghost soldiers,” non-existent troops listed on rosters by crooked commanders who took their salaries.

So while the Afghan security forces have 300,000 troops on paper, the actual number is much lower. A 2016 report from a U.S. government watchdog showed that in Helmand province alone, about 40 to 50 percent of security forces did not exist.

Current and former US officials say the Taliban would not have won if successive US administrations had acted to end the sanctuary and other support provided by Pakistan and its Inter-Services Intelligence (ISI) agency to the rebels.

“Without Pakistan, the Taliban would simply be a nuisance,” said Christine Fair, a Georgetown University expert on the Pakistani military. “They would not be a competent fighting force.”

Islamabad has repeatedly refused to support the Taliban as part of what experts say is a strategy to secure an allied government in Afghanistan to blunt India’s influence.

President Donald Trump took office in 2017 and promised to end what he called “ridiculous endless wars.”

In part, Trump’s calculation was that the Americans simply did not care enough about Afghanistan to spend billions of dollars annually when American troops died.

This led to an agreement with the Taliban in February 2020 on a complete withdrawal of US troops if the rebels met certain conditions. The Afghan government was cut out of the negotiations.

John Bolton, a veteran of the Bush and Trump presidencies, told Reuters that the deal was Trump’s biggest blunder and that Biden should have reconsidered it.

Biden continued, however, with a complete withdrawal against the advice of US military leaders and without sorting out a backlog of special visa applications from Afghans because they worked for the US government, leading to a chaotic evacuation operation.

He had become skeptical of the military action in Afghanistan after a trip to Kabul in 2009 that convinced him that the United States was trapped in a war that could not be won.

A U.S. official told Reuters on condition of anonymity that internal polls showed that most Americans supported a withdrawal, making Biden comfortable with his decision.

An Ipsos poll in April confirmed that a majority of Americans supported Biden.

What remains unclear is how Americans will view Biden’s decision after television footage of U.S. military helicopters evacuating the U.S. embassy and Afghans crowding the airport desperate to leave.

Biden insisted that Kabul would not be a repeat of the infamous 1975 U.S. evacuation of Saigon.

“There will be no circumstance where you see people being lifted off the roof of a U.S. embassy in Afghanistan,” Biden said in July.