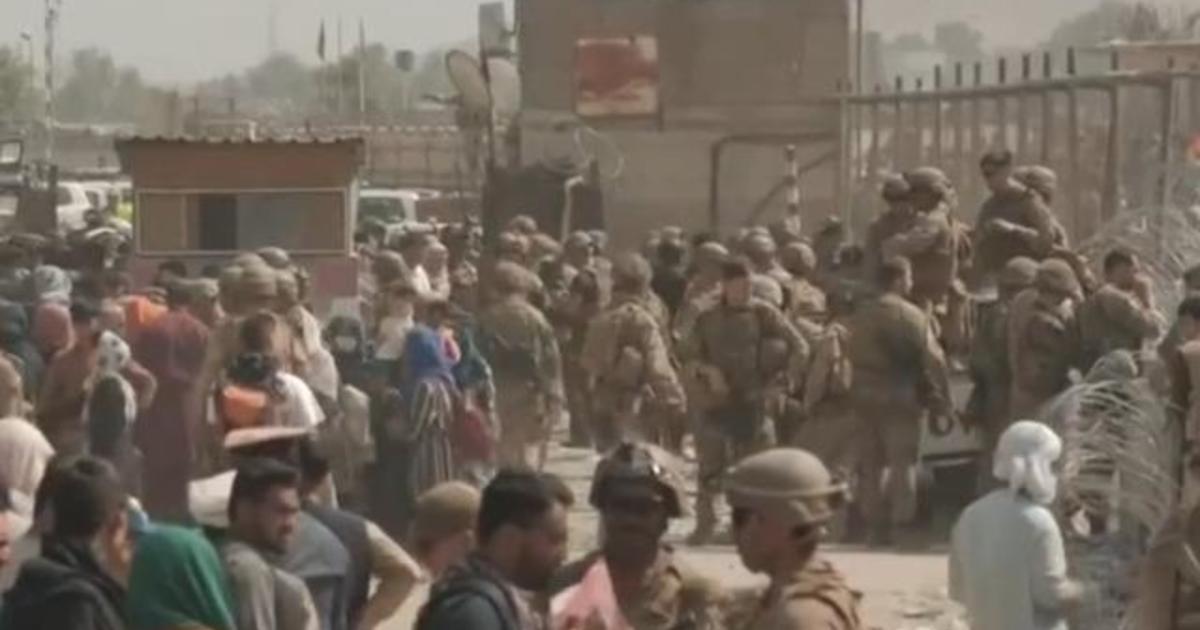 When CBS News first met Angela, an American mother in Afghanistan, she said she was visiting family in August when the government fell and the Taliban came to power. She repeatedly said she feared for her life.

“This is my passport. I do not know if you can see it,” Angela said, holding her blue American passport up to the camera. “We are trapped in Afghanistan. We’ve been here more than three and a half months. ”

In late August, as the last U.S. military flights left the country and desperation grew outside Kabul airport, Angela says she struggled for hours to get through the gates before a suicide bomber attacked the crowd. She fled the city and went into hiding.

“We have no resort. We do not know what to do, “said Angela, who asked that her real name not be used for security reasons.

Then a group of American strangers banded together and volunteered their time and expertise to get around bureaucratic blocs.

“Hearing her family and their children scream in the background actually gives me strength to try to figure out a way to get Angela out, get her family out and use it as a framework to get many more people out. . ” he said.

“They have called me. They know where I am. They know my situation. I have explained it to them so many times,” she said at the time.

But Angela said the State Department told her they could not help her mother or her siblings get on the plane because they are not U.S. citizens.

“Put yourself in Angela’s place,” Kinsella said, “how easy is it to just say, ” I’m willing to leave because we have a blue passport and you do not? ‘

CBS News spoke to another family in Afghanistan who faced a similar dilemma. The father, a green card holder, said he sent his wife and American-born sons back to a nation in the Gulf earlier this year, while remaining to help an elderly Afghan parent and extended family, including half a dozen nieces under the age of 25. The holder of the green card, who also said he feared for his safety, had worked as a translator for special operations for U.S. forces for six years.

“We’re doing this pro bono,” said Floriane Lavaud, a lawyer at the firm. “That means we give our time for free to help Angela and her family.”

Lavaud and her team compiled a 118-page file so that Angela could apply for emergency travel to the United States for the benefit of her Afghan siblings, a process known as humanitarian probation. Her mother had already filed an immigration application to the United States

Spotty WiFi in Afghanistan shortened the CBS News interview with Angela in early October when she said all she had left was hope and faith.

“God can hear us,” Angela said. “He will support us. He will make us a safer place.”

Recently, all the pieces fell into place after another group of volunteers came together and transformed a plane out of Afghanistan. The flight was not funded by the US government.

Angela and her family flew to a country in the Middle East, where her mother and siblings with their papers can now be investigated by the State Department and Homeland Security.

In response to inquiries from CBS News about Angela’s case, the State Department did not address her case specifically or the policies that could divide families like hers. In a statement, the State Department said U.S. citizens are their priority and they are pressuring the Taliban to allow those wishing to leave Afghanistan to do so.

“Our commitment to U.S. citizens, legal residents, and others to whom we have a special obligation has not changed,” the statement said. “US citizens remain our top priority. We work on a case-by-case basis to help US citizens and their immediate family members leave Afghanistan if and when they decide to leave Afghanistan. We do not provide support for expedited departure or resettlement. in the United States for extended family members of U.S. citizens. “

Catherine Herridge is a senior investigative correspondent for CBS News covering national security and intelligence based in Washington, DC