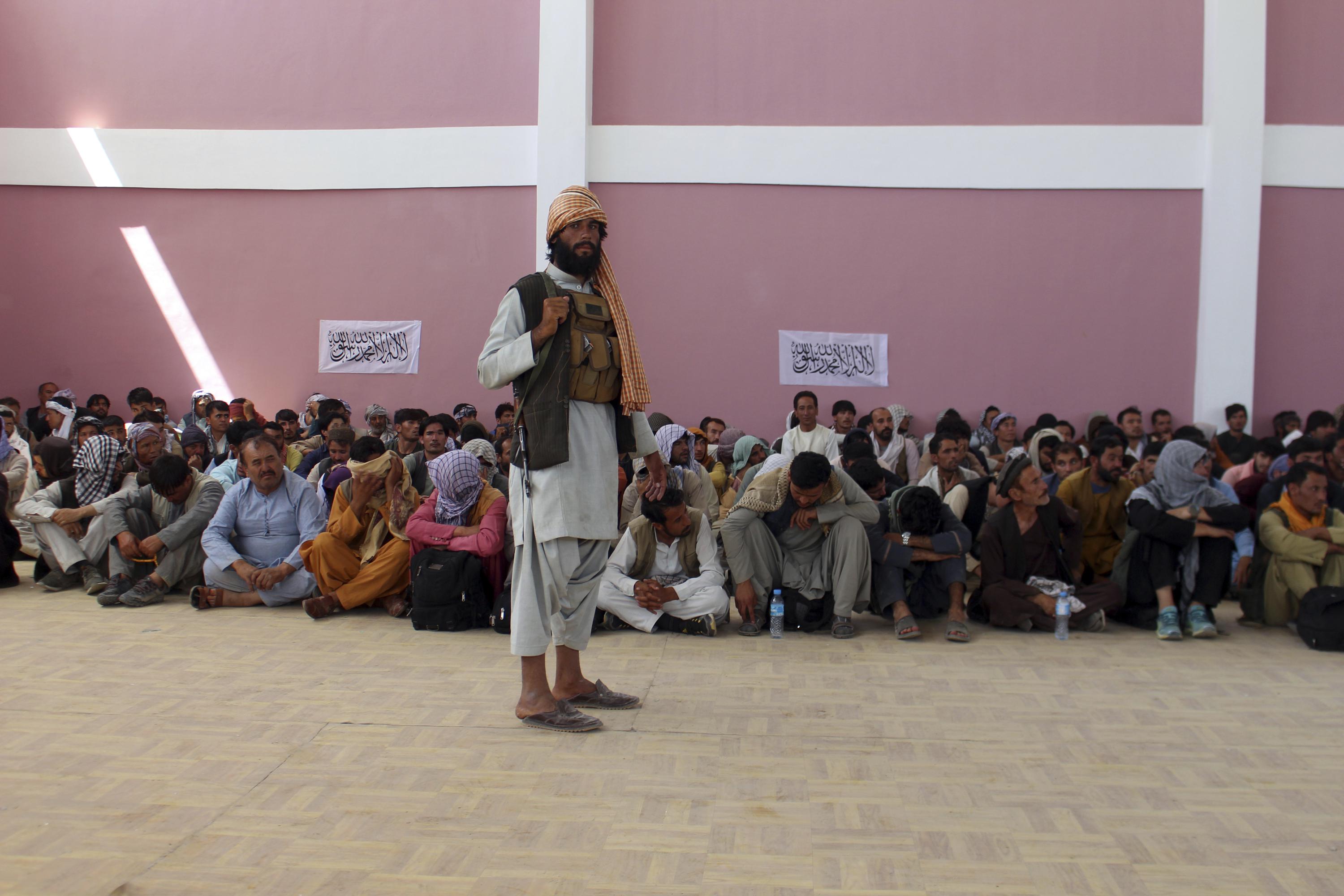 ISTANBUL (AP) – Like the Taliban fair at Kabul’s gates, they promise a new era of peace in Afghanistan, with amnesty for those they have struggled with for two decades, and a return to normal life.

But Afghans who remember the brutal rule of the Taliban and those who have lived in areas controlled by Islamic militants in recent years have seen the rebels across most of the country with growing fear. while international forces withdraw.

Government offices, shops, and schools are still closed in areas recently conquered by the Taliban, where many residents either lie low or flee to the capital, Kabul. But already now there are signs of a return to the harsh version of Islamic rule that the Afghans lived under from 1996 to 2001, when the United States drove the Taliban from power after the 9/11 attacks.

Many fear that the Taliban will roll back two decades of progress for women and ethnic minorities, while limiting the work of journalists and NGO workers. An entire generation of Afghans was brought up in the hope of building a modern, democratic state – dreams that seem to have melted away before the relentless advance of the Taliban.

When the rebels reached the capital early Sunday, a picture circulated on social media showing the owner of a beauty salon painting over posters depicting women. Young men ran home to change out of their jeans and t-shirts and into the traditional shalwar kamiz outfit.

Shops, government offices and schools remain closed in cities seized by the Taliban in recent days, with residents staying indoors or fleeing to Kabul due to security fears. Many seemed to lie low until they saw what kind of order the militants were imposing.

A 25-year-old university graduate working for a local NGO in the western city of Herat, who fell to the Taliban last week, said she has not left home for several weeks because of the fighting. After talking to other residents, she said there were few if any women out on the streets and even female doctors stayed at home until the situation is clearer.

“I can not face Taliban fighters,” she said by telephone from Herat, asking that her name not be used for fear of retaliation. “I do not have a good feeling for them. No one can change the Taliban’s attitude towards women and girls, they still want women to stay at home.”

She had planned to begin a master’s degree this year at Herat University, where women make up more than half of the students.

“I do not think I would be ready to wear the burqa,” she said, referring to the all-encompassing blue cloak women were forced to wear under Taliban rule. “I can not accept it. I will fight for my rights no matter what happens.”

The Taliban has issued statements aimed at reassuring Afghans. They say there will be no revenge attacks on those who worked for the government or its security services and that “life, property and honor” will be respected. They urge Afghans to stay in the country and have promised to create a “safe environment” for businesses, embassies and foreign and local charities.

But some of their actions send a different message.

Last month, after capturing the Malistan district of southern Ghazni province, Taliban fighters went door to door looking for people who had worked with the government, killing at least 27 civilians, wounding 10 others and looting homes, according to the semi -official Afghanistan. Independent Human Rights Commission.

After conquering Herat, Taliban fighters paraded two alleged thieves through the streets with black makeup on their faces. It is considered a warning, while repeat offenders risk having a hand cut off. The Taliban have also been known to stone suspected adulterers and carry out public executions in accordance with their harsh version of Islamic law.

Under their previous rule, the Taliban blocked women from working outside the home or going to school. Women were required to wear the burqa and were to be accompanied by a male relative when walking outside.

These days, the Taliban leadership says it is open to women’s education, but rights groups say the rules vary depending on local leaders and the communities themselves. Afghanistan remains an overwhelmingly conservative country, especially outside major cities.

“The gap between official Taliban rights declarations and the restrictive stances taken by Taliban officials on the ground indicates that the Taliban are far from an internal consensus on their own policies,” New York-based Human Rights Watch said in a report. last year .

One issue they seem to agree on is intolerance of dissent.

Human Rights Watch says the Taliban routinely threaten and detain journalists, especially women and journalists who are critical of the group. The Taliban and the government blamed each other for a series of killings of journalists recently, some of which were claimed by the more radical Islamic State group.

On Friday, the Taliban commanded a radio station in the southern city of Kandahar and renamed it Sharia Voice or Islamic Law. It is unclear whether the rebels cleaned up the station staff or allowed them to return. But the station will no longer broadcast music that is banned in Taliban-controlled regions.

The Taliban also shut down a radio station in southern Helmand province that offered women programming, but rebels said it was a temporary decision.

Fear is particularly high among the ethnic Hazara minority, Shiite Muslims, who were persecuted by the Taliban and made great strides in terms of education and social status over the past two decades. They are considered to have been deeply invested in the Western-backed government, which could open them up to reprisals after its demise.

In recent years, Sunni extremists in the local IS alliance have carried out a wave of horrific attacks targeting Hazaras. An attack on a maternity ward last year, 24 people were killed, including mothers and their newborn babies.

The Taliban have condemned such attacks and engaged in turf wars with the IS. But it is still unknown whether the Taliban, once in power, will crack down on such groups that share their ideology and include former Taliban fighters.