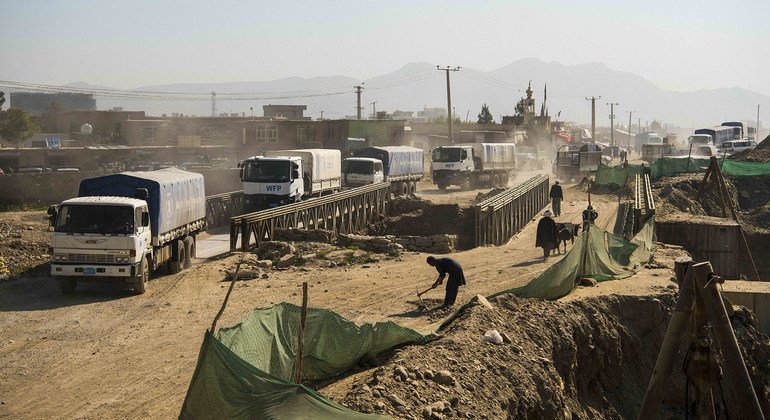 Speaking at the opening of an emergency session of the UN Human Rights Council in Geneva, just over a week ago, the Taliban came to power, Ms Bachelet reminded Member States of credible reports of violations of international humanitarian law against civilians in areas under their control.

These reports, she said, make it particularly important that the Human Rights Council work together to prevent further abuses and that Member States establish a dedicated mechanism to monitor the rapidly evolving situation in Afghanistan and in particular the Taliban’s implementation of its situation. promises.

Ms. Bachelet added that “a fundamental red line will be the Taliban’s treatment of women and girls and respect for their right to liberty, freedom of movement, education, self-expression and employment, governed by international human rights standards. In particular, ensuring access to high-quality youth education for girls be an essential indicator of commitment to human rights. “

Among the reported violations received by her office, the UN chief of rights cited summary executions of civilians and members of the Afghan national security forces, recruitment of child soldiers and repression of peaceful protests and expressions of disagreement.

Responding to these concerns ahead of a vote on a draft resolution calling for investigations and accountability for violations of rights, Afghanistan’s ambassador, Dr. Nasir Ahmad Andisha, the prevailing sense of anxiety in the country where “millions fear for their lives”.

Dr. Andisha warned that a humanitarian crisis “unfolded as we speak” and that thousands of people were at risk, from human rights defenders to journalists, academics, professionals, members of civil society and former security personnel, “which was the backbone – and we still hope be – about a contemporary and democratic society ”.

Dr. Speaking in person at the Council, Andisha reminded Member States that the situation on the ground remained uncertain: “We are witnessing a large number of serious violations of international humanitarian law and human rights violations, which have been documented and most of these gruesome videos are available online. “While some Taliban were and still are speaking differently, restrictions and violations are already taking place as we speak.”

A child goes through a temporary camp set up in Kabul after his family was displaced due to insecurity in Afghanistan.

Afghanistan ‘at its worst’

Anita Ramasastry, chair of the Coordinating Committee on UN Special Procedures, also noted that women and girls and many IDPs face special risks

“Many of these people are in hiding while the Taliban continue to search door-to-door,” she said, “and there is serious concern that such information gathering could lead to reprisals. arrests, harassment and intimidation, as well as seizure of property and retaliation have already been reported. “

Shaharzad Akbar, chairman of Afghanistan’s Independent Human Rights Commission, warned that Afghanistan was now “in its worst moments” and needed the support of the international community like never before, and rounded out the emergency session’s draft resolution as a “travesty” that did not far enough to defend the vulnerable in the country.

“We have documented that the Taliban’s progress came with summary executions, disappearances, restrictions on women, media and cultural life. This is not old history. It’s earlier in the month and it’s today, ”she said.

“Women in Afghanistan are being rejected (sic) from their offices by the Taliban, universities have been asked to discuss the possibilities of gender segregation, women must be accompanied by male members of their family in public, media do not broadcast music, journalists and activists are in hiding or on escape (sic), former members of the Afghan national security forces are afraid of the worst, the summary executions, house-to-house searches and information gathering have led to widespread fear. “

For the Organization of Islamic Cooperation (OIC), Pakistan’s Ambassador Khalil Hashmi reiterated the OIC’s commitment “to support an Afghan-led and Afghan-owned peace and reconciliation process to reach an inclusive political solution. The OIC stresses the need for active international engagement communities along political, humanitarian, human rights and development tracks. “

For the United States, Uzra Zeya, Deputy Foreign Minister for Civil Security, Democracy and Human Rights, insisted that the protection of “civilians, including women and girls, academics, journalists, human rights defenders and members of ethnic, religious and other minority groups” should remain paramount. “We condemn attacks on those and those who seek to help them, including UN staff and humanitarian aid providers. “Such attacks must stop immediately and all Afghan and foreign nationals wishing to travel must be allowed to do so safely.”

Following the meeting, a draft resolution on strengthening the promotion and protection of human rights in Afghanistan was adopted without a vote.