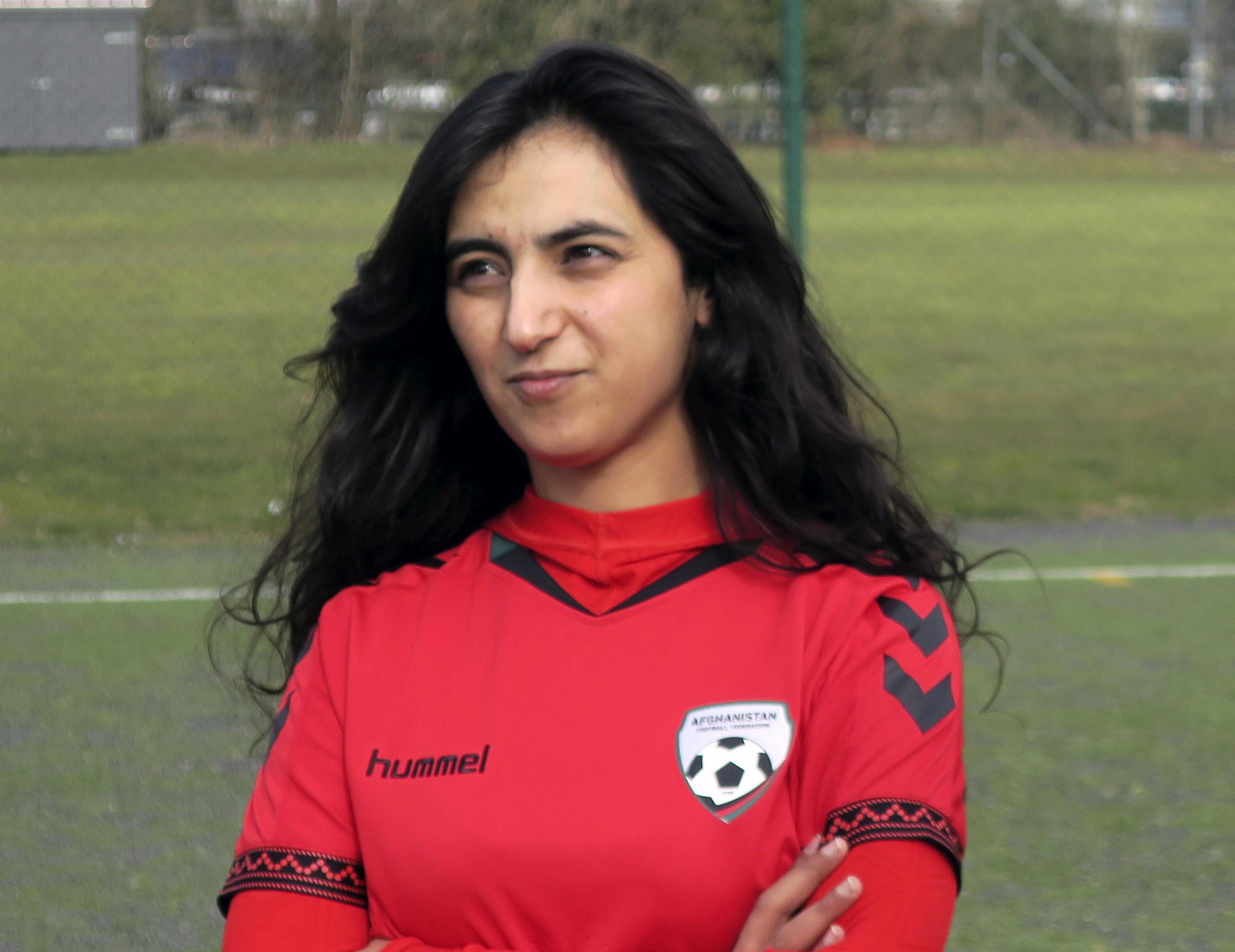 LONDON (AP) – In hectic phone calls and voicemails, Khalida Popal can hear the need and crying for help.

The footballers on the Afghan women’s national team, which Popal helped establish, are now fearing for their lives after the Taliban swept to regain control of the country after two decades.

When they call, all Popal can do is advise them to flee their homes, flee from neighbors who know them as groundbreaking players, and try to erase their history – especially activism against the Taliban, which is now re-establish the Islamic Emirate of Afghanistan.

“I have been encouraging people to shut down social media channels, take pictures, flee and hide,” Popal told the Associated Press in a telephone interview from Denmark. “It breaks my heart because we’ve been working all these years to increase the visibility of women, and now I’m telling my women in Afghanistan to shut up and disappear. Their lives are in danger.”

The 34-year-old Popal can hardly understand the speed of the collapse of the Afghan government and the feeling of being abandoned by Western nations that helped overthrow the Taliban in 2001. After fleeing with his family, after the Taliban conquered Kabul in 1996. Popal returned to Afghanistan two decades ago as a teenager who had lived in a refugee camp in Pakistan. With the protection of the international community, Popal felt optimistic that women’s rights would be promoted.

“My generation had hoped to build the country, develop the situation for the next generation of women and men in the country,” she said. “So I started with other young women who used football as a tool to empower women and girls.”

In 2007, there were enough players for Popal to be part of Afghanistan’s first women’s national team.

“We felt so proud to wear the jersey,” Popal said. “It was the most beautiful, best feeling ever.”

Popal urged his teammates to use their platforms to speak out as escalating attacks caused the Taliban to recapture the territory.

“I received so many death threats and challenges because I was quoted on national television,” she said. “I called the Taliban our enemy.”

Popal stopped playing in 2011 to focus on coordinating the team as director of the Afghanistan Football Association. But the threats continued, and she was eventually forced to flee Afghanistan to seek asylum in Denmark in 2016.

“My life was in great danger,” she said.

But she never left the female football players and helped uncover physical and sexual assaults, death threats and rape involving the leadership of the Afghan Federation. The corruption in the sport reflected the shaky foundations of a country that has deteriorated rapidly following the withdrawal of troops from the US-led mission.

“The women of Afghanistan believed in their promise, but they traveled because there is no more national interest. Why did you promise?” asked Popal. “This is what my girls who cry and send voicemails say. Why not say you would go like this? We could at least protect ourselves.”

“We would not have created enemies,” Popal said. “They’re crying. They’re just crying… they’m sad. They’re kind of desperate. They have so many questions. What’s happening to them is not fair.

“They hide away. Most of them left their houses to go to relatives and hide because their neighbors know they are players. They sit, they are scared. The Taliban are over. They walk around creating fear. ”

Popal is a world away but connected by the messages pinging into her phone from the Taliban.

“They keep taking videos and pictures from the window showing that they are right outside the home and that is very sad,” she said.

It’s hard to even imagine that Afghanistan, ranked 152nd by FIFA out of 167 women’s teams, will have to play again.

“It has been very painful to witness when the government surrendered yesterday,” Popal said. “Women lost hope.”