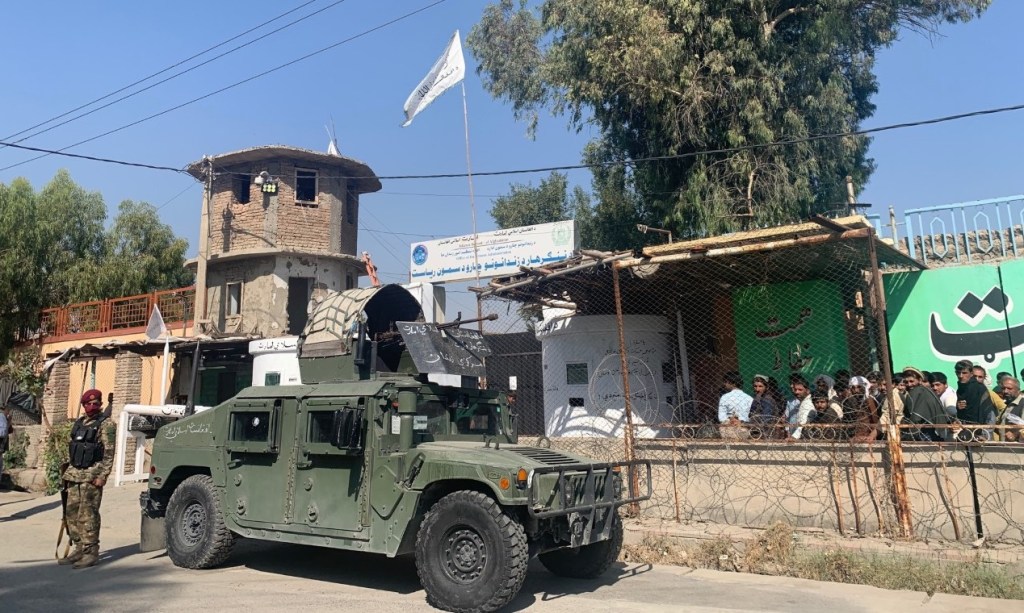 Editor’s note: While the Taliban are tightening their grip on Afghanistan, the veteran is a foreign correspondent and Only Cry for the Living: Memories from Inside the ISIS Battlefield author Hollie McKay, who has been in the country almost continuously since the US withdrawal in late August, p.highlights both the necessity and the difficulty of speaking to members of the Islamic fundamentalist group as part of her role as a journalist.

He stares menacingly – his fingers folded around his long, gray-toned beard – never speaks to me, only through me.

“I have to tell you that,” the senior Taliban official says as patches of spring sunlight twist over his cheeks like scars as the Taliban’s white-black flag sighs dead still behind him. “I was part of an operation that shot down Americans.”

I examine his body language for a moment – straight back, proud, lost in his own bone of memories.

I am thinking of the many American military families who lost their loved ones at the hands of him and his cohorts, the families who will never find the right answer or end, who will forever question the momentum of the American invasion and the two decades of warfare in a nation about 7,500 miles away.

“How would you feel if I went to your homeland and started recruiting your countrymen to fight its own people? Won’t you fight us back?” he asks a little rhetorically.

But late that night, hidden in a strange and dirty hotel room in the once Taliban stronghold of Ghazni province, I am forced to reflect on such painful proposals. Was any of this war worth the lives lost, the lost limbs, or the thousands of children who would grow old without a mother or father?

Through my many years of reporting from dozens of war-torn and blood-stained countries, I am routinely confronted with insurgents, terrorists, criminals and murderers who have braggingly taken the lives of Americans and are devoted to taking more if the opportunity arises. And yet, such an essential part of my job is to sit with them, sip tea, dig deep into their psyche and understand why they do as they do.

It is easy to turn a blind eye to seeing them “against us” as two-dimensional beings in a “good versus bad” dynamic. But as journalists, our task is not to give these often brutal people a “platform” or a “voice”, but instead to be a tool that helps initiate communication from “the other”. The competitor who seems so far away, so negative about our way of thinking, and so removed from my perception of what it means to value a human life.

Only our job is not to “keep it to them” or interrogate.

Nevertheless, there is a fine line in building a report where the interviewee opens up and comes to look as if the conversation is something in the normal. I remember on one occasion in Iraq interviewing an ISIS bomber. My interpreter at the time, a local who had lost many friends and family members, became visibly furious to the point where the subject did not open up. After a brief conversation outside, he managed to cool down, bury the hatred, and do whatever it took. 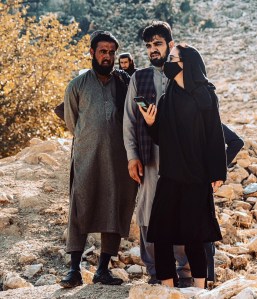 Such interviews require a sense of both compassion and division. As a war reporter, I always seek to write from a human place. Yet it evokes a strong sense of moral hurt to know that you have to sit with checkered people sometimes for hours or days in a row.

It does not get easier.

So much of my career and time spent in the theater of conflict also goes hand in hand with our uniformed men and women, far from home, and who only want to improve the lives of besieged, oppressed people.

As a naturalized U.S. citizen, I have long had a deep sense of patriotism and love for my country. Through all her flaws and fallibility, she shines a light in the darkest places like no other. She gives us the ground to undoubtedly reach the highest levels, whether in education, business, sports, art or pushing back against injustice.

In my Afghan working life, I roam the streets almost every day and observe Taliban fighters hoisting weapons paid for by hard-working American taxpayers. I am constantly reminded of the broken families left behind in the wake of bullets that I inadvertently funded.

I automatically shudder when a Taliban gets into our car on a journey into any area under the guise of “security”. They then continue to play their religious Nasheed music – Islamic songs without vocals – and often spiced with battlefield shouts and the intense sounds of bullets being fired and bombs exploding.

In general, the fighters are respectful and polite – but hate where I come from and the values ​​that the United States instills.

But in the same way, while I see Taliban heavyweights sitting in the garden in Kabul’s vibrant café scene with their wives and children, one can not help but examine the cost of entering foreign lands and what we would do if the situation became turned.

For the sake of one man – Saudi billionaire and al Qaeda leader Usama bin Laden – thousands of Americans and many more Afghans paid the ultimate price. It is often lost that Afghans were not themselves part of the 9/11 attacks. It was Saudi agents who drove planes into the Twin Towers more than two decades ago, and it was the financier himself who was found and killed on Pakistani turf almost a decade later.

“Usama,” a 21-year-old college student who was forced to flee her home in the midst of the scourge of struggle, thought questioningly to me just months ago. “Who is it?”

Immediately after the spring attack all those years ago, the Bush administration gave Mullah Mohammad Omar – the founder and leader of the Taliban – an ultimatum: hand over bin Laden or face a violent attack. Yet many Afghans deeply hold the concept of “Pashtunwali” – a traditional code of hospitality and hospitality – as the most critical of cultural tenants. For it Omar refused to admit, and alas, the devastating invasion ignited.

Oddly enough, the same ethical injunction allows me to work unharmed in the country that the previous uprising has since taken back as a journalist and verified visitor to the fought country.

Occasionally a more eerie feeling arises from the fragile situation.

“If you were an American,” warns an elite Taliban fighter who runs a suicide bombing training school on the outskirts of Kabul, without knowing my homeland (hidden by my Australian accent), half-heartedly, “I would shoot you.”

In fact, the 28-year-old commander has shot down many and incited endless attacks on Americans. My blood is boiling. I think of the hours I spent walking around the quiet, heart-rending fields of Arlington National Cemetery or the neatly kept cemetery inside the Veterans’ Administration in Westwood, a mile from my former Los Angeles apartment. I have to let it pass.

I am constantly confronted with Taliban agents – from the highest and lowest levels – who have their own battlefield stories to tell.

We do not have to give all sides an equal podium, and I confirm that the concept of “neutrality” is mythical in a combat zone, but we should at least give more players a hearing. This is how we learn, grow and (hopefully) avoid past mistakes.

Everywhere I go, every place I visit, my mind instantly goes back to massive American battles that took place – to the number of American soldiers who took their last breath – and I feel a sense of guilt that those who loved them most in the world can not be in my shoes to say the last goodbye. Every area in Afghanistan brings with it a crowded cadre of touching stories and emotional memories.

War is typically framed far from how us vs. them. And while the art of conflict journalism may feel like a dilapidated race in a world of clickbait and 280 characters, I think communication from as many lenses as possible is the only way to truly understand how to create a better way forward.

What is war? War is remembering what we thought we knew about the “enemy” and at the same time letting go.