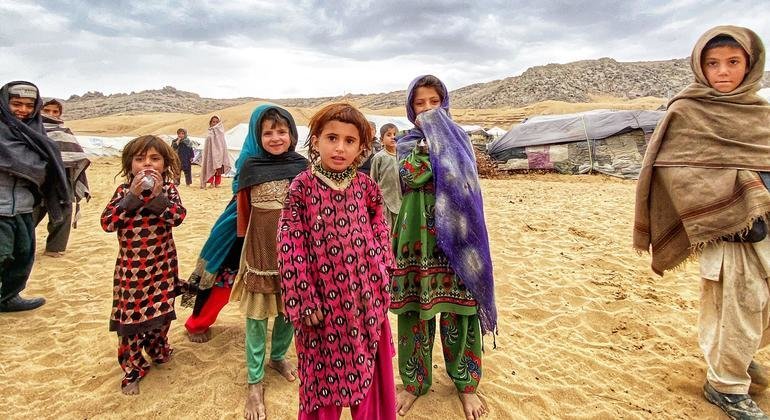 “I had honest and helpful exchanges on what needs to be done to create an Afghanistan that is inclusive, respects its human rights obligations and is a resolute partner in suppressing terrorism,” she said.

During his discussions, the Deputy Secretary-General stressed the importance of ensuring that all Afghans – men, women, young people and religious and ethnic groups – can take part in governance and public life.

“The Afghan people and the world are very interested in the steps that de facto authorities will take in this regard,” she added.

Ms. DiCarlo also highlighted “serious and understandable concern” over the situation of women and girls in the country.

“As I heard again during my visit, Afghanistan’s women and girls want to be able to go to school, work and take part in public life without discrimination“, she recalled.” The progress made in this area must not be erased. ”

In the capital, Kabul, from December 7 to 9, DiCarlo met with a wide range of Taliban representatives, political figures, women leaders, members of civil society and the diplomatic community.

“The UN has been in Afghanistan since 1949, and as shown during the recent crisis, we do not intend to abandon the Afghan people“Said Mrs. DiCarlo.

She reiterated that the UN remains committed to the people of Afghanistan and will continue to support their efforts to build an inclusive, just and peaceful society.

The Deputy Secretary-General also discussed the country’s humanitarian situation, which has deteriorated significantly over the past year.

According to the World Food Program (WFP), some 23 million Afghans need emergency food aid, a number never seen before. This includes more than three million children at risk of severe hunger and the life-threatening consequences of malnutrition.

In response, the UN has scaled up its aid and provided millions of Afghans with food, health care and nutritional support.

The problem has been exacerbated by the liquidity crisis and the decline in the provision of basic services that arose after the takeover of the Taliban.

Ms. DiCarlo said international financial institutions continue to work with the international community to remedy the liquidity situation and prevent a total economic and social collapse.

Ms. DiCarlo concluded by praising the work of the United Nations Assistance Mission in Afghanistan (UNAMA) and other UN staff.

In the three-month period from September to November, humanitarian partners have reached eight million Afghans with food aid, the spokesman for the secretary-general announced this Thursday.

Among them were 150,000 people receiving emergency assistance and 130,000 children with community-based educational activities.

During the same period, more than 1.1 million people also received primary and secondary health care, and more than 200,000 children were treated for acute malnutrition.

With the deteriorating situation in the country, the spokesman said, the humanitarian need is expected to triple by 2022.

In Afghanistan, 23 million people face extreme levels of hunger, while 3.5 million have been displaced due to conflict.