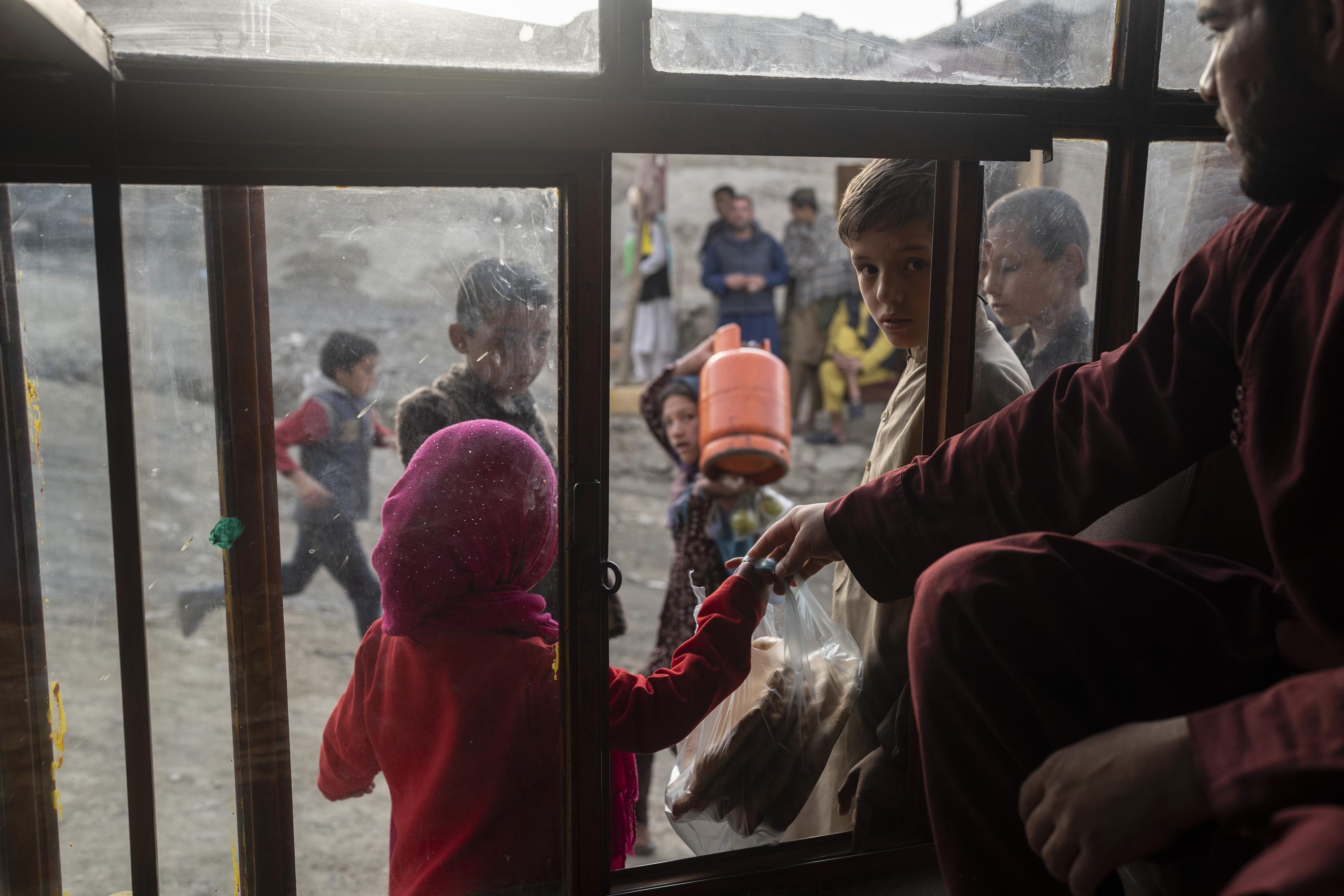 UNITED NATIONS (AP) – Afghanistan is “on the brink of a humanitarian catastrophe” and its collapsing economy increases the risk of extremism, the UN Special Representative for the country warned on Wednesday.

Deborah Lyons said the UN predicts that 60% of Afghanistan’s 38 million people are facing crisis levels of hunger in a food emergency that is likely to worsen over the winter. She said the country’s GDP is estimated to have fallen by 40%.

But she told the UN Security Council that a humanitarian catastrophe “can be prevented”, and she said the main reason is economic sanctions against the Taliban, which took over the country on August 15. The sanctions “have paralyzed the banking system and are affecting all aspects of the economy,” Lyons said.

The Afghan central bank’s reserves of $ 9 billion, most of which are kept in the United States, were frozen after the collapse of the previous government. Afghanistan was also supposed to have access to about $ 450 million on August 23 from the International Monetary Fund, but the IMF blocked the release due to a “lack of clarity” about a new government.

Lyons said “the paralysis of the banking sector will push more of the financial system into irresponsible and unregulated informal money exchanges.” That, she said, “can only help ease terrorism, human trafficking and further drug smuggling,” which will first affect Afghanistan and then “infect the region.”

She said a “major negative development” has been the Taliban’s inability to stem the expansion of the extremist group Islamic State, which now appears to be present in almost every province and is increasingly active. The number of attacks attributed to IS has risen markedly from 60 last year to 334 this year, she said.

Lyons called on the international community to find ways to provide financial support to the Afghan people, who she said “feel abandoned, forgotten and actually punished by circumstances that are not their fault.” Leaving them “would be a historic mistake,” she said.

“We have to focus for the next three or four months on helping the most vulnerable Afghans during the winter,” Lyons said.

“The international community has an urgent need to find a way to provide financial support to health professionals in state hospitals, staff in food safety programs and, yes, ultimately to teachers, provided that girls’ right to education is emphatically fulfilled,” she added.

She assured councilors that the UN will do everything in its power to ensure that funds are not diverted to the Taliban – or by the Taliban.

China and Russia urged the release of Afghanistan’s reserves, but US Deputy Ambassador Jeffrey DeLaurentis did not mention sanctions.

He criticized the Taliban for ignoring calls from the Security Council and the international community to peacefully pursue a political solution to the conflict in Afghanistan and instead opt for a victory on the battlefield. “And we are now seeing the terrible consequences of this election unfold before our eyes,” he said.

“But the Afghan people should not have to pay twice for the Taliban decision,” DeLaurentis said, adding that the United States is the largest humanitarian donor to Afghanistan with $ 474 million in aid provided in 2021, and calls on other countries to increase their support. .

Lyons said the only way to avoid losing much of the progress of the last 20 years is by the Taliban avoiding its former isolation and engaging in political dialogue with other Afghan parties, the wider region and the international community. She said the goal should be to devise a roadmap with concrete steps to establish “constructive relations between Afghanistan and the world as a whole.”

Lyons said she continues to raise difficult issues with the Taliban, including calls for the restoration of rights for women and girls and ethnic minorities and for a more inclusive administration.

The composition of Afghanistan’s cabinet “remains completely male, essentially Pashtun and almost all Taliban, at both the capital and provincial levels,” she said, and recent appointments continue “to seem designed more to reward warriors than to promote governance. and inclusion. “

The Taliban government has not been recognized by any country or the UN. Afghanistan’s UN seat is still held by the representative of the former government, Ambassador Ghulam Isaczai.

Isaczai told the council that Afghanistan is facing “a crisis of historic proportions.”

“The lives and dignity of millions of Afghans are threatened by a failing economy, severe food insecurity and a lack of security, fundamental rights and freedom,” he said. “If current trends continue, Afghanistan will experience near-universal poverty.”