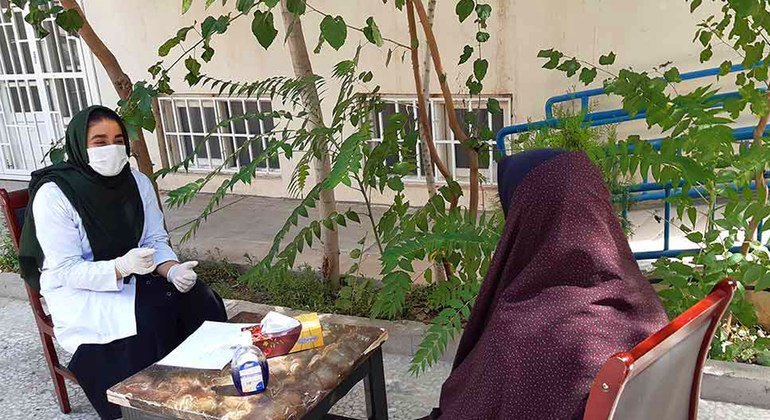 In a statement released Friday, the agency’s executive director, Henrietta Fore, said she was “deeply concerned” by reports that child marriages are on the rise.

Even before the recent political instability, UNICEF’s partners registered 183 child marriages and 10 child sale cases in Herat and Baghdis provinces between six months and 17 years from 2018 to 2019.

The agency estimates that 28 percent of Afghan women between the ages of 15 and 49 were married before reaching their 18th birthday.

I am deeply concerned about reports that child marriages in Afghanistan are on the rise.

The future of an entire generation is at stake.https: //t.co/9CV2dlPnaQ

The COVID-19 pandemic, the ongoing food crisis and the onset of winter have further exacerbated the situation for families.

By 2020, almost half of Afghanistan’s population was so poor that they lacked basic necessities, such as nutrition or clean water.

And the extremely serious economic situation is pushing more families deeper into poverty and forcing them to make desperate choices, such as putting children to work and marrying girls away at a young age.

“As most teenage girls are still not allowed to go back to school, the risk of child marriage is now even higher,” Ms Fore said. “Education is often the best protection against negative coping mechanisms such as child marriage and child labor” .- *

UNICEF works with partners to raise community awareness of the risks girls face when they get married early, such as a lifetime of suffering.

Girls who marry before the age of 18 are less likely to stay in school and more likely to experience domestic violence, discrimination, abuse and poor mental health. They are also more vulnerable to complications during pregnancy and childbirth.

The agency has launched a cash assistance program to help offset the risk of hunger, child labor and child marriages among the most vulnerable families. The plan is to upscale this and other social services in the coming months.

UNICEF will also work with religious leaders to ensure that they are not involved in the “Nekah”, or marriage contract, for young girls.

“But this is not enough,” Ms Fore said, urging central, provincial and local authorities to support and protect the most vulnerable families and girls.

She also urged the authorities to prioritize the reopening of all secondary schools for girls and to allow all female teachers to resume their jobs without further delay.

“The future of an entire generation is at stake,” she concluded.

In parallel with the coverage, the Committee on the Elimination of Discrimination against Women (CEDAW) concluded its 18th session.

In his concluding remarks, Gladys Acosta Vargas, chair of the committee, said all members were “deeply concerned about the dramatic situation” for women and girls in Afghanistan.

She argued that it was “crucial” that the committee decided to request an extraordinary report on their situation at an appropriate time.

The Committee also called for the establishment of an informal task force to consider the impact of the changing political, economic and social situation on women’s and girls’ rights.