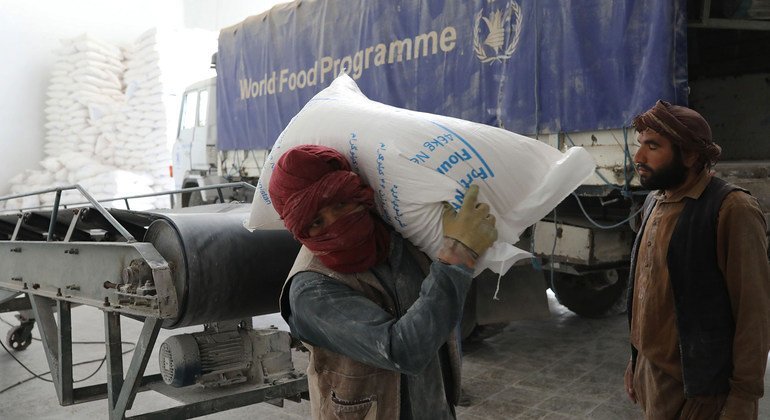 There was no claim of responsibility, but Taliban officials have allegedly blamed an affiliated group of the ISIL terrorist network.

“We express our condolences to the families of those who lost their lives and a speedy recovery to the many people who were injured,” he said. Haq.

“This is a reminder that health facilities and infrastructure are not a goal and that all civilians must be protected.”

UN humanitarian aid deliveries continue along with needs assessments to meet the growing demand across the country.

Humanitarian needs are rising rapidly in Afghanistan ahead of winter, where temperatures could drop to -25⁰C. Today, the first of three UNHCR flights with 33-ton winterization kits landed in Kabul. https://t.co/9W0VM1sFDz

In the last week of October, the International Organization for Migration (IOM) reached 8,400 vulnerable Afghans across the country with humanitarian aid, and 2,330 undocumented Afghans returning to Afghanistan received emergency shelter.

The United Nations High Commissioner for Refugees (UNHCR) said it had begun airing emergency aid to Kabul for the first time when a winter aid plane from the agency’s global depots in Dubai landed on Tuesday.

The UNHCR-chartered plane took off from Sharjah in the United Arab Emirates with a 33-ton winterization kit for displaced Afghans.

It is the first of three UNHCR flights, and the next two are scheduled to land in the Afghan capital on November 4 and 7.

Spokeswoman Shabia Mantoo said needs increased rapidly in Afghanistan ahead of winter, where temperatures could drop to -25 ° C.

Conflict and insecurity have displaced 3.5 million inside Afghanistan, including about 700,000 forced from their homes this year.

“We are using land, sea and air routes to bring humanitarian aid to Afghanistan and other countries in the region so that we can respond to the growing needs,” Ms. Mantoo.

“Additional relief supplies have also been repositioned in Termez, Uzbekistan, ready to be shipped into Afghanistan as needed. As we continue to scale up our humanitarian efforts, there is an urgent need for more resources,” she added.

Afghanistan’s Flash Appeal, which seeks $ 606 million to help 11 million people by the end of 2021, is currently only 50 percent funded.