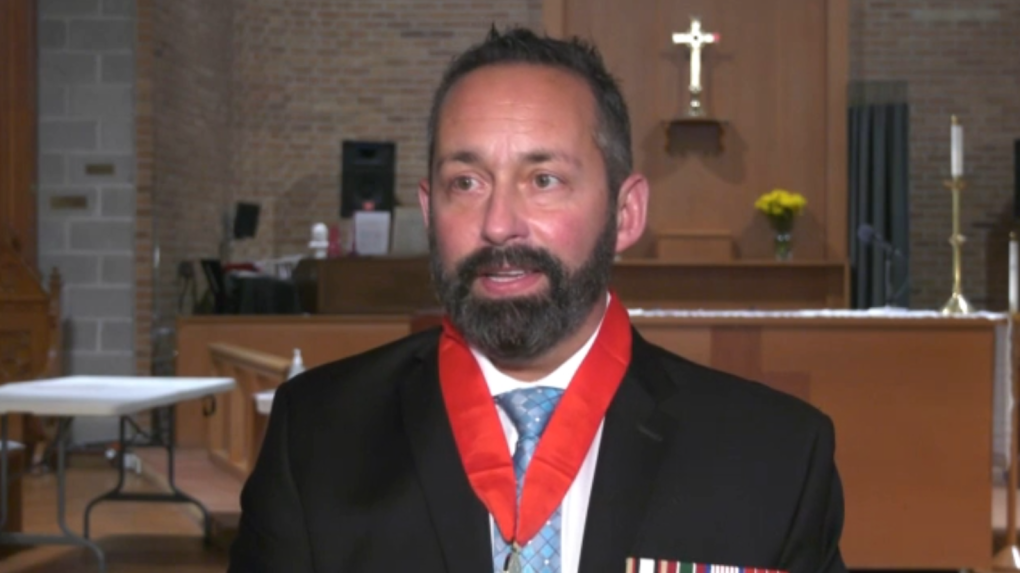 A Canadian veteran has been welcomed in St. Louis. George Order after being knighted during a ceremony in Burnaby, BC

Stephen Peddle, a retired major who served in the military for 28 years, was recognized for his work in helping to secure the family members of an Afghan interpreter into Canada.

Peddle’s service included two tours in Afghanistan, one in 2007 and another in 2012. He retired in 2019. When he first arrived, he met a young, local interpreter named Sangeen Abdul Mateen, and formed a quick friendship.

“(Mateen) was intelligent, ambitious, kind,” Peddle said. “While I was in his country, he did everything he could to keep me safe, he could intercept things with his people, their body language, that I might not have perceived.”

Peddle served in Kandahar, where he worked with about 500 Afghan soldiers, relying on Mateen to help translate.

“He was my voice throughout the trip, communicating with the Afghan soldiers,” Peddle said. “I went from there with a ribbon for life.”

Mateen came to Canada in 2012 and studied to be an electrician. He now owns a commercial business in Ontario, where he lives with his wife and four children.

But many of his family members remained in Afghanistan. During the summer, as international troops withdrew from the country, Mateen feared that his family members could be captured by the Taliban. His father was a senior officer in the Afghan National Army, and his brother a national interpreter.

“Since I’m a former intelligence officer, I know it was a legitimate threat to the lives of some of his families by affiliation, or of what they did for Canada,” Peddle said.

“It was a lot of work for him, myself and other veterans,” he said. “His family was one of the last flights out of Kabul.”

The story captured St. The attention of the George Order, a historical organization “committed to serving and supporting the military communities, veterans, and those who still serve.”

Allen Plett, knight commander and prior of the Order of St. George Cascadia Priory, said he reached out to Peddle to offer the honor of becoming a “field knight”.

“It’s an honorary recognition from the St. George Order of people in Canadian society who provide service,” Plett said. “Here’s a retired veteran who not only said something but did something.”

Peddle, who lives in Alberta, flew to BC for the ceremony in Burnaby on Sunday.

The Order of St. George has launched a campaign with the Toronto-based True Patriot Love Foundation to raise money to help relocate Afghan interpreters and support the veterans’ mental health. The organization aims to raise $ 50,000 by December 31st.