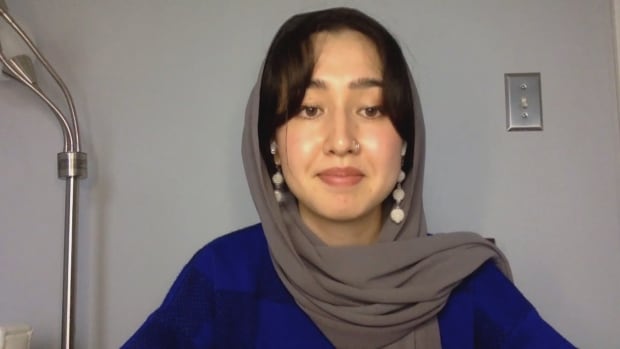 An Afghan woman in Windsor, Ont. speaks to raise awareness of the growing threats facing the Hazara people in Afghanistan.

“The point of the campaign is to seek humanitarian aid and raise awareness of the people of Afghanistan and the threat of imminent extermination they now face under Taliban rule,” Binazir Haidari said.

On Sunday, the Hazara Collective issued a global call for action to stop violence against the group. Meetings and other actions took place around the world to draw attention to the situation facing the third largest ethnic group in Afghanistan.

“Even in the US presence, Hazaras were always attacked by the Taliban,” she said.

Haidari, who is an ethnic Hazara, moved to Windsor when she was four years old, but said she fears for the majority of her family who are still in Afghanistan.

She said the Hazara people have been persecuted in the country since a genocide took place there in the late 1800s and again in the 1990s.

“Now that the United States has risen, the risk that already existed and the violence that already existed has gone to an exponential level where Hazaras have absolutely no protection and the Taliban can repeat what they did in the 1990s, perhaps to an even greater extent, “she said.

She said they face racism because of their distinctiveness and the fact that their faith is different from the rest of Afghanistan, which is prominent Sunni Muslim.

“These two factors have made them a massive target for extremist groups like the Taliban, like ISIS for years,” she said. Their situation has become more worrying, she said, since the United States withdrew its forces from the country and the Taliban took control earlier this year.

She said she has been working to get members of her family out of the country and hopes they are able to reach Canada one day.

“There have been many problems leaving the country. My family is constantly living in fear of what might happen next,” she said, adding that while her family has remained safe, Hazaras in some areas of the country have been forced away from their country and out of their homes.

“Four days ago, another Hazara neighborhood was attacked, so the threat is really there for my family.”

SE: Binazir Haidari talks about how Canada and the world are approaching the situation of the Hazara people

Binazir Haidari speaks out on the day of action

Binazir Haidari describes how the world and Canada are approaching the situation that the Hazara people are facing in Afghanistan since the Taliban took power. 1:01

She said the rest of the world has not been good at helping Hazaras try to get out of Afghanistan and appreciates that Canada prioritizes people who face danger because of their ethnicity and race when it comes to to receive refugees. Her attempts to get her family out, however, have so far been in vain.

She said there are only a handful of Hazaras she knows of in the Windsor region, but that she speaks out as her way of participating in actions taking place elsewhere in the province and around the world.

“Anything you can do to raise awareness,” she said. “Because our biggest problem is that no one knows about the Hazaras and the threats they face.”