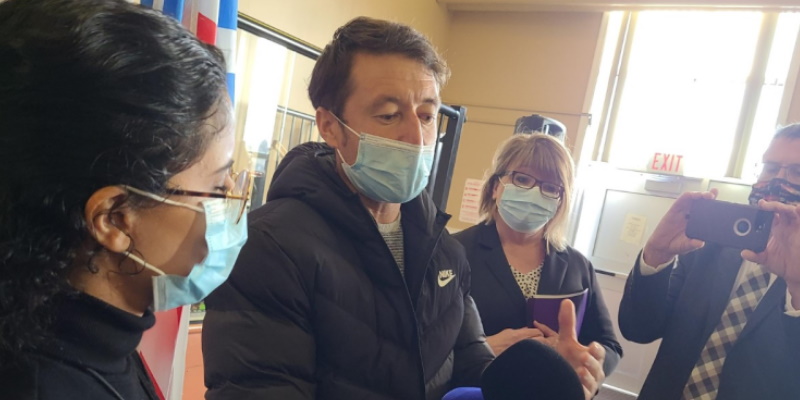 For the many Afghan refugees now calling this province home, living in Canada is a chance to live in peace.

But for many, their hearts are with their loved ones who are still living in their war-torn homeland.

On Tuesday, Prime Minister Andrew Furey and Immigration Minister Gerry Byrne met and officially welcomed a group of Afghan refugees to the province during an event in the Association for New Canadians.

After the formal part of the event, Mohammad Ibrahim Amiri asked the translator present to facilitate a conversation between him and Minister Byrne.

During that exchange, Amiri stated that although he is grateful for being a safe and welcoming place, he is worried about his family back in Afghanistan.

He calls the Taliban “extremely violent” and “worse than animals” who want to kill people.

Amiri pleaded with the provincial government.

He requests that the government help bring their families to Canada so that they too can be safe.

In response, Minister Byrne says Canada has committed to repatriating more Afghans still in the country, and family reunification will be a big part of that.