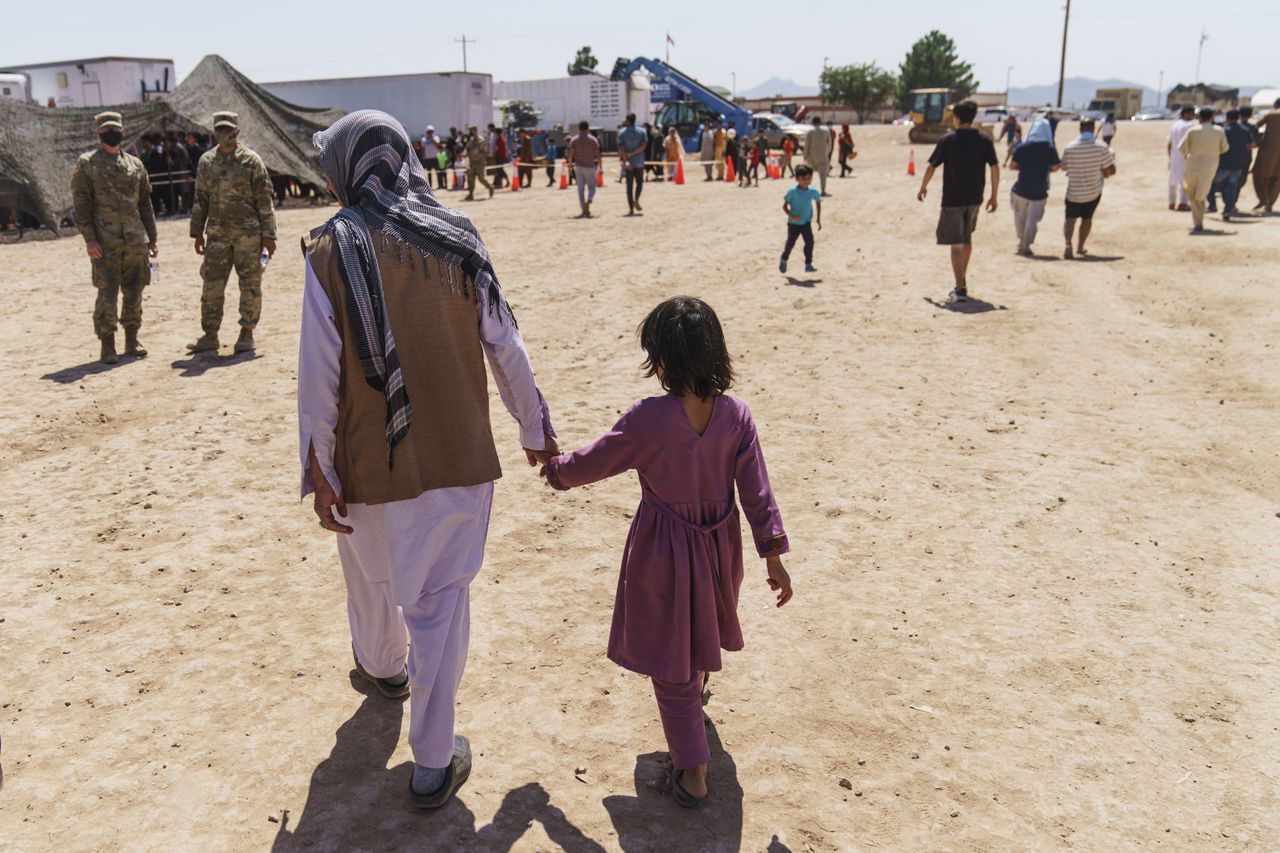 The Afghan refugees building new homes in central Pennsylvania know they have escaped war and are likely dead. It does not matter that all 11 of them, including at least two children, have been forced into a small home in a strange new country that is getting very cold and snowy.

It does not matter, they have little clothes, have to eat peculiar food and can barely understand the language. They are safe. No Taliban. No suicide bombers and no explosions in the middle of the night. They are the people who stood with American soldiers in Afghanistan during its longest war. And now America is standing next to them.

The United States evacuated more than 100,000 Afghans in August during Operation Allies Welcome (OAW), and 11 of them sat in the basement of Market Square Church last week trying to figure out what was going to happen next. The one thing they wanted Americans to know is how grateful they are for everything that has been done to protect them and their families.

They thanked the U.S. Army for getting them out of Kabul and treating them with dignity and respect during the weeks at military bases across the country. Now the International Resource Center in Harrisburg has agreed to help them figure out how to create a new life here. They have been told that the people of Pennsylvania are good and decent people, with a history of receiving refugees. And they are eager to show their gratitude.

· Get ​​to know the culture of Central Pennsylvania; it is very different from your own.

· Get ​​your children to school right away.

· Learn the language; that is the key to acceptance in the United States.

· Get ​​a job right away; it’s the best way to earn respect.

It’s sound guidance, and Phuong said it was what helped many Vietnamese refugees like him find a new home here after being forced to flee their country as U.S. troops withdrew. Phuong noted that the stories of Vietnamese refugees are not so different from those of Afghans who were desperate to leave their country. The Afghans have the added burden of being branded traitors to both Afghanistan and Islam for the help they provided to the Americans.

For the next three months, they will have financial support as well as a dedicated person to help them learn what they need to start their new life as Pennsylvanians. It will not be an easy journey, but it is far better than the future they faced under the Taliban.

The good news is that people from all over our region are coming forward to help. Churches, community organizations, and ordinary people offer food, clothing, furniture, and medical care. When they entered the country, they were all vaccinated against COVID-19, but they will still have full control and medical care to start their US journey in good health, despite a raging pandemic.

Organizations or individuals interested in joining the coalition to provide support to the new residents should contact the International Resource Center by email at [email protected]; or call 717 236-9401. It’s a good bet, whatever you have to give, these new Pennsylvanians will be more than willing to take, with sincere gratitude for a chance to start a new life as Americans.

Joyce M. Davis is PennLives Outreach & Opinion Editor. Follow her on Facebook and on Twitter @byjoycedavis. Quality local journalism has never been more important. You deserve the best. Not a subscriber yet? Please consider supports our work.