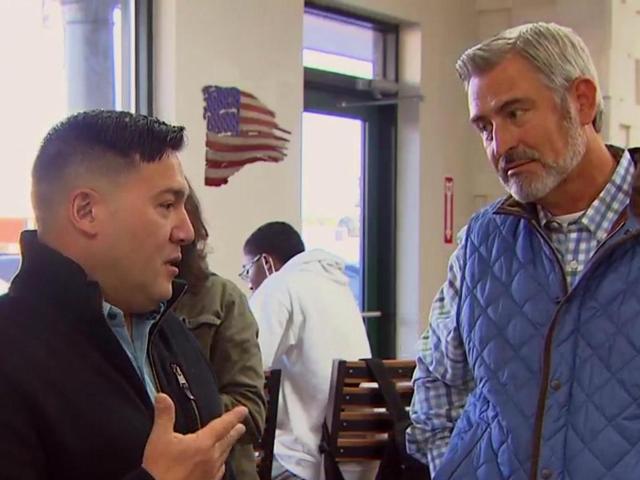 Fayetteville, NC – The Charlotte-based Interpreting Freedom Foundation helps nearly 40 refugee families from Afghanistan settle in communities in the Triangle and in Fayetteville.

Vikrullah, who fought alongside U.S. troops, managed to get out of Afghanistan and bring his wife and five children to Fayetteville.

His 11-year-old son and other children go to school in Fayetteville, where they learn English and forget the horrors of war they left behind.

The family’s new home is at the Welcome House in Fayetteville, provided by Snyder Memorial Baptist Church.

“It’s a temporary place for them to live, but we’re working on taking some of our rental housing that we own and making it permanent housing for them,” said Susie Reeder, the church’s mission minister.

John, an army sergeant, met with Shirrahman, an Afghan interpreter he worked with abroad, for a special meal provided by Afghan Kabob Restaurant in Fayetteville. John said he is disappointed that the United States left so many interpreters, but he is grateful that he was able to help his friend get out.

“In the beginning, we were just trying to get him through as a U.S. citizen,” John said. “When I realized his family was there with him and he was about to leave them, we somehow changed our strategy.”

Monday’s dinner was the start of a movement to make Fayetteville home to more Afghan families, Reeder said.

“This is a great place for them to be because the military wants to help,” she said.

Editor’s note: WRAL News did not use the surnames of the refugees or John to protect family and friends still in Afghanistan.