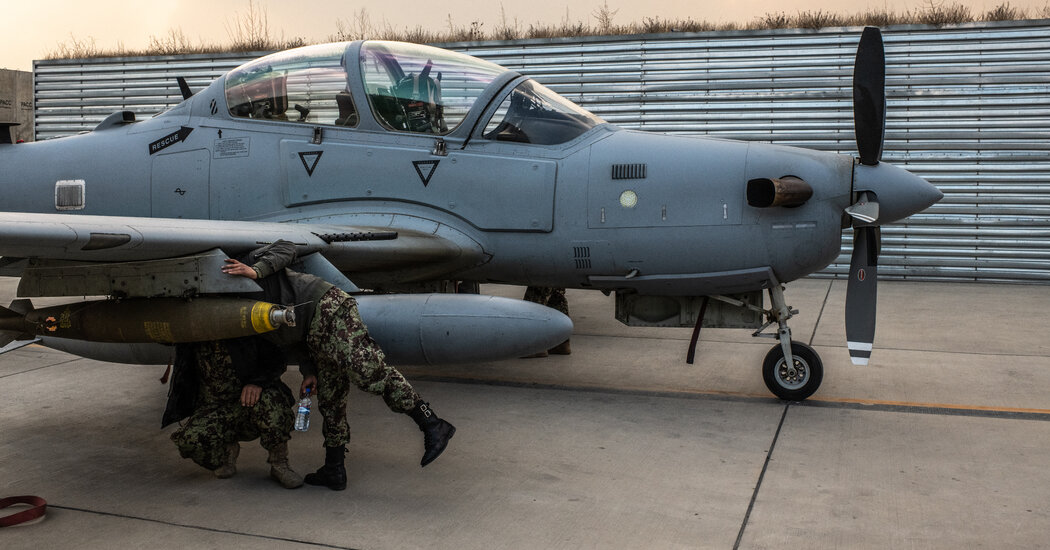 More than 140 Afghan air force pilots and crew members detained in Tajikistan since mid-August after fleeing Afghanistan were flown out of the country on Tuesday with the help of U.S. authorities.

The flight, which was scheduled to go to the United Arab Emirates, ended a three-month ordeal for US-trained military personnel who had flown US-backed planes to Tajikistan to escape the Taliban only to end up in custody.

The Afghans said they expected the US government to secure their freedom after they were detained by the Tajik authorities, after the Taliban seized power in their homeland, and they fled for fear of reprisals.

In WhatsApp audio recordings made on smuggled mobile phones, the English-speaking pilots described poor conditions, inadequate food rations and limited medical treatment at the place where they were being held outside the capital Dushanbe.

“It’s just such a great relief for the whole team to know that they are coming out of this period of uncertainty and taking the first step in starting their new life,” General Hicks said. “Hopefully, they will all soon be reunited with their families.”

On Wednesday morning, the Foreign Ministry confirmed through a spokesman that on Tuesday a “group of about 191 Afghans” had been moved via a charter flight organized by the US government from Dushanbe to the United Arab Emirates, “where they will remain temporarily for processing prior to the further voyage.”

But for many Afghans who worked with the U.S. military, the ordeal is not over.

Thousands of Afghan air force pilots and crew members remain in hiding in Afghanistan, and some say they feel abandoned by the US military, their longtime allies. They say they are desperate to leave Afghanistan because they and their families risk being hunted down and killed by the Taliban.

In telephone interviews from safe houses in Afghanistan, several Afghan air force pilots described moving from house to house to avoid detection. They said they were running out of money and did not dare seek work because they feared being discovered by the militants.

The Taliban has said there is a general amnesty for any Afghan who served in the previous government or worked with the US government or military. But several Afghan air force pilots have been killed by the Taliban this year.

said General Hicks The Foreign Ministry had also assisted with the evacuation in September of a separate group of Afghan pilots and crew members who had flown to Uzbekistan. These Afghans were also taken to a US military base in the United Arab Emirates.

The Taliban had pressured Uzbekistan to return the pilots and crew to Afghanistan.

Many Afghan pilots were trained in the United States to fly US-powered military aircraft and helicopters. The United States spent more than $ 8 billion training and equipping the Afghan Air Force, but pilots and planes were overwhelmed by demands to support a US-trained army that quickly collapsed as the Taliban overthrew one provincial capital after another this summer.

Some pilots and crew members and their families were evacuated with the help of the US government and military just after the Taliban took power in August. But many more were unable to get out despite their former advisers’ attempts to help them.

Since mid-August, General Hicks said, Operation Sacred Promise has helped evacuate about 350 Afghans. The group has investigated about 2,000 Afghan Air Force personnel and their relatives trying to leave Afghanistan, with about 8,000 more still to be investigated, he said.

The status of the Afghan Air Force aircraft flown to Tajikistan and Uzbekistan is still unclear.

During Afghanistan’s collapse, about 25 percent of the Afghan air force’s planes were flown to Tajikistan and Uzbekistan, according to a report on October 31 by the Special Inspector General for Afghanistan Reconstruction. General Hicks set the number at 56 to 60 aircraft.