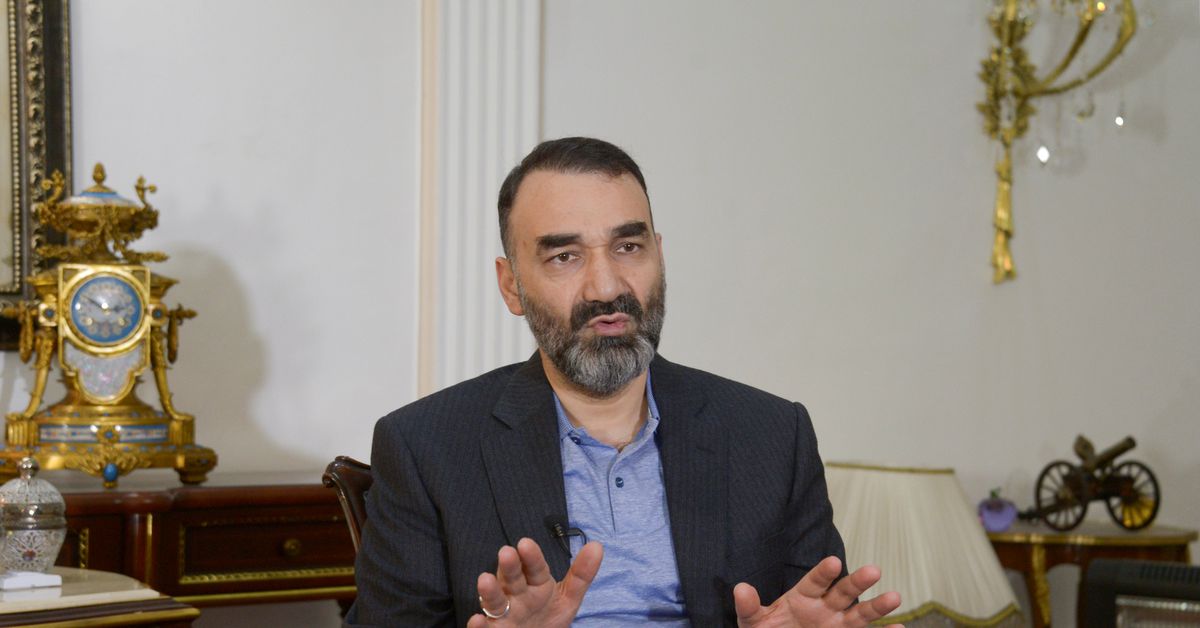 KABUL, August 14 (Reuters) – Two of Afghanistan’s most notorious regional strongmen fled on Saturday as the northern city of Mazar-i-Sharif fell to the Taliban, and security forces left the city in a headless rush up the highway to secure the neighboring country. Uzbekistan.

Atta Mohammad Noor, the former governor of Balkh province and the ethnic Uzbek leader Abdul Rashid Dostum has been involved in wars in Afghanistan since the days of the Soviet invasion and had been among the Taliban’s toughest enemies.

Noor, who had commanded local militia forces when Mazar-i-Sharif fell to the Taliban, said both he and Dostum were safe and accused the city’s fall of a “conspiracy”.

“Despite our firm opposition, all government and #ANDSF equipment were unfortunately handed over to #Taliban as a result of a large organized and cowardly plot,” Noor wrote on Twitter. “They had orchestrated the plot to overthrow Marshal Dostum and myself, but they did not succeed.”

The flight from Noor and Dostum underscores the collapse of not only the central government in Kabul as the rebels are swept forward, but also of a generation of powerful regional leaders from the anti-Soviet Mujahideen who fought against the Taliban.

Earlier this week, Ismail Khan, one of the leaders of the original uprising that triggered the Soviet invasion in 1979, was captured by the Taliban in the western city of Herat and photographed surrounded by laughing rebel fighters.

The importance of such leaders, sometimes described as “warlords”, did not come from any official position in government but from their personal authority and regional power base, and they often clashed with President Ashraf Ghani.

For years, they were accused of corruption and human rights violations, with Dostum being forced to spend a period in exile as late as 2018 due to allegations that he ordered a political opponent to be sexually assaulted.

Noor, considered one of the richest men in Afghanistan, faced repeated accusations of corruption, which he denied.

But as regular forces crumbled against the Taliban following the withdrawal of US forces, they returned to the front lines in hopes that their local power base would provide more effective resistance.

“Our path will not end here,” Noor wrote.