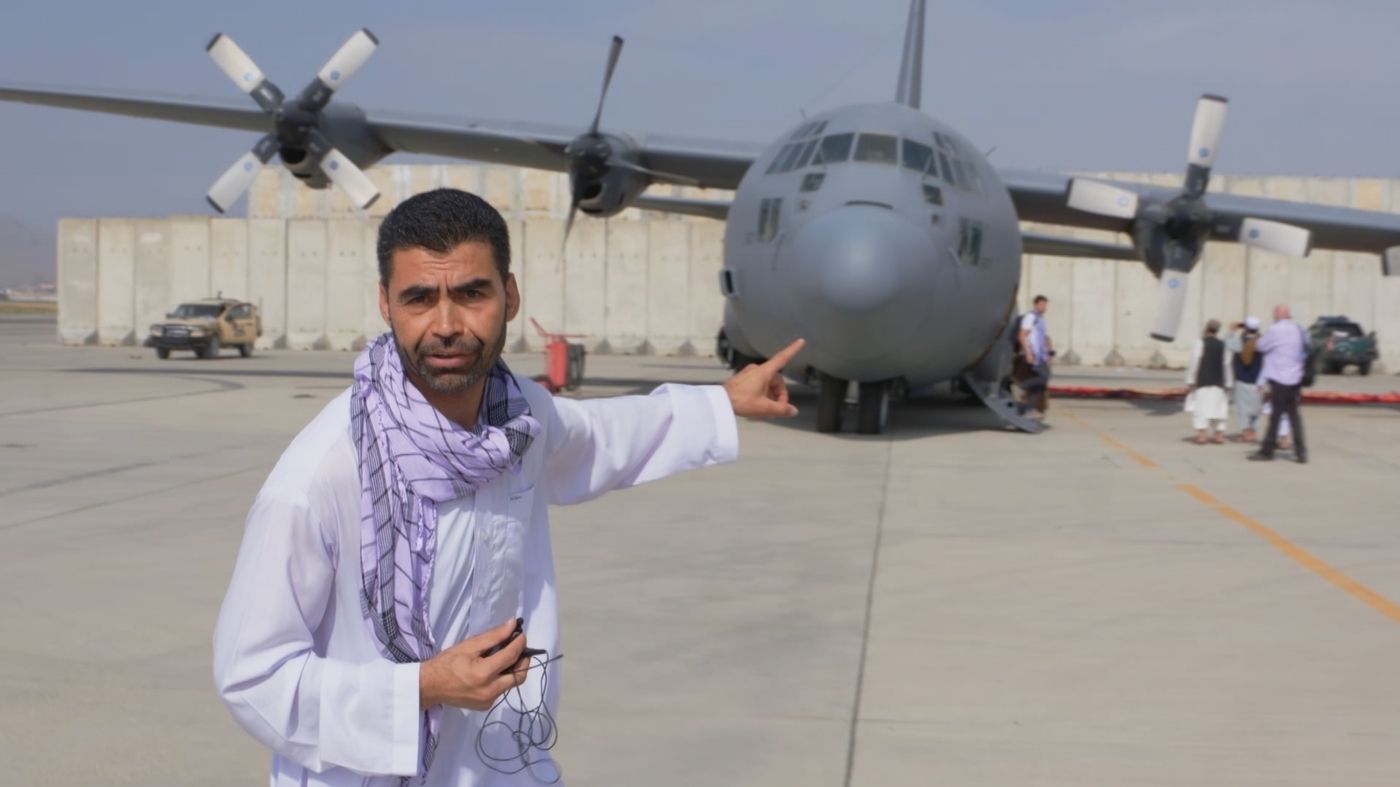 Najibullah Quraishi has won several awards for her reporting, including three Emmy Awards, a Peabody Award, an Overseas Press Club Award and a DuPont Award. He is currently in Kabul, where he is waiting to hear when he can get a plane out of Afghanistan.

Najibullah Quraishi has won several awards for her reporting, including three Emmy Awards, a Peabody Award, an Overseas Press Club Award and a DuPont Award. He is currently in Kabul, where he is waiting to hear when he can get a plane out of Afghanistan.

Afghan British journalist Najibullah Quraishi has had trouble sleeping for more than two hours a week. stretch, ever since the United States withdrew troops from Afghanistan in August, and the Taliban returned to power.

Quraishi grew up in Afghanistan under Soviet and Taliban rule and began reporting on the Taliban before September 11, 2001, the al-Qaeda attacks and the beginning of the US-Afghan war. He is currently in Kabul reporting for his upcoming PBS Frontline documentary, The takeover of the Taliban, (released October 12) which describes life in Afghanistan now – and the conflicts between the Taliban and the Haqqani Network, a US-designated terrorist group affiliated with the Taliban and whose members are part of the new Taliban government.

Quraishi says the Taliban today are just as oppressive as the group he met years ago.

Quraishi says the Taliban has reinstated harsh punishments, including whipping, beheading and even hanging people from cranes. But, he says, the Taliban’s “load and virtue” team is trying to operate “away from the eyes of the media, especially Western media.”

Meanwhile, Afghan women are experiencing what Quraishi calls “a life in hell”, where they are forbidden to work, run businesses or in some cases even go outside without being accompanied by a male family member.

Quraishi believes that a war can begin any day between the Taliban and the Haqqani network, which has fought for greater power. Whatever happens, he finds himself extremely pessimistic: “I really feel sorry for Afghanistan’s future. And I can not see any future. I can not see [light]. For me, it is always dark. I can see the future darker than today. “

This interview has been edited and compressed for clarity.

On his belief that civil war may be imminent

They have a big problem between the Taliban and the Haqqani network – the Haqqani network, which is asking for more power, and the Taliban believe they have been left behind. So Mullah [Abdul Ghani] Baradar, the Taliban’s main representative, he has returned to Kandahar, his homeland, his city, and what I hear from some sources is that he is trying to form another group. So the situation is really insecure and really bad and really tricky at the moment. [At] at any time, war can begin between Haqqani and the Taliban – any moment, at any time.

There is no medicine. I visited a clinic today. I wanted to meet one of my friends. There are many problems. First, many of their doctors have fled the country, so there was a shortage of doctors and nurses, plus medicines, accessories, that sort of thing. Plus the economy has completely collapsed. The banks are open, but if you have $ 20,000 in the bank, for example, you are only allowed to withdraw $ 200 a week. The queue behind the banks is like hundreds of people. … So all roads and streets are blocked, no matter where the banks are. … Even at night, if you go there, people literally sleep there.

About women’s rights activist Mahbouba Seraj risking his life by staying in Afghanistan
[Seraj] used to help every single woman no matter what problem they have, she was so powerful and now she is so vulnerable and she is so brave and she does not want to leave Afghanistan. Although she has spent 26 years in the United States, she is a US citizen, but she still wants to stay in Afghanistan and help women, but she does not know how. …

[I saw a woman] Narrator [Seraj] how the Taliban took her granddaughter away. It had been two days since she had been taken and she did not know what to do, where to go. And there was only one hope – it was this woman, Mahbouba Seraj, and she came to her and she was hopeless. [Seraj] said, “I can do nothing.” … I asked, “Would you be able to do anything in the previous regime?” She said, “Yes, I could have called this minister, that minister, this commander, that commander.” She could have gathered 100 soldiers in one minute in the previous regime. But now she was trapped inside her home and could do nothing.

It was for me – as a human being, as an Afghan, as a person, to be there and witness that moment – it was really difficult for me. I keep remembering those moments and I feel so sorry for all the women in Afghanistan, especially Mahbouba Seraj. She is so brave and she does not care about her life. For her, it’s all about other women, [all] women in Afghanistan. … She gets lots of calls from women around the country. They seek help, but she is literally helpless. She can do nothing for anyone.

A Taliban military unit stands outside Kabul airport following the departure of the last US plane from Afghanistan on 31 August 2021.

A Taliban military unit stands outside Kabul airport following the departure of the last US plane from Afghanistan on 31 August 2021.

About previous filming at an ISIS-run school in Afghanistan

It was more scary to be with ISIS because they are the most extremist group I have ever seen. The most shocking thing was when they invited me to film their school. At the time, I thought maybe they were just learning some books … It was shocking when the teacher started with, “What does ‘jihad’ mean?” For children ages 5 or 6, or maybe 8 or 10, they taught jihad, how to use grenades, how to use a gun, how to use Kalashnikov [rifle]. … And then from that age, they basically brainwash them.

Plus, after that, they watched some videos, the videos that they received from Syria and Iraq, where they beheaded some people. … [So] when they grow up, it’s nothing to them. They are already used to it. So this was actually their goal. For me, it was shocking because I saw the children of Afghanistan – instead of learning some physics, mathematics or other subjects, they learned jihad and how to use weapons.

About establishing trust in the ISIS fighters he filmed

You have to attend prayer five times a day and I’m sure they check it out [to see if you’re] correct or not. So I did it properly [prayer] and they always checked, and after prayer … they were more open to me, because then they were convinced that I am a proper Muslim, and they were more open. And that’s something most of the journalists in the last 20 years have either been killed or kidnapped or something they probably did not know. [these things]. But it’s a big problem for them, and they really want you to be a proper Muslim, and then they have to be happy that you are a proper journalist and you are not a spy. Once they are satisfied, when you spend time, a day or two, then they will be more open to you.

About how he stays safe while reporting on the Taliban

I wear the same clothes as them so I look like each other. … I have covered the war in Afghanistan and I have been embedded in the Taliban so many times in the last 20 years. I know their men and official spokesman Zabihullah Mujahid, so I have some kind of permission from him. He gave me an official letter, issued by the Ministry of Culture and Information, which is the Taliban and the spokesman is the leader. So wherever I go, if anyone stops me, I just show that document and I’m free to go wherever I go. So that’s how I live. So literally I have this document with me 24/7.

Amy Salit and Kayla Lattimore produced and edited the sound of this interview. Bridget Bentz and Molly Seavy-Nesper adapted it to the web.