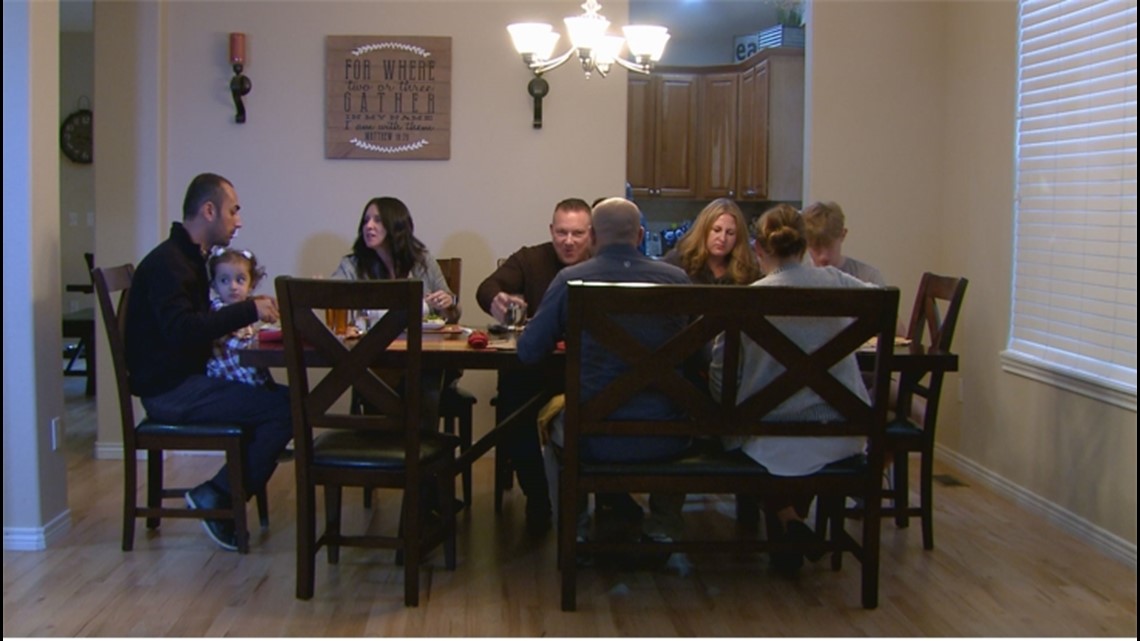 Ahmad Siddiqi came to Colorado after he and his family got safely out of Afghanistan. The Henkel family in Broomfield had helped them settle down.

BROOMFIELD, Colo – Like many families, Scott and Heidi Henkel of Broomfield have their Thanksgiving traditions, such as having a smoked turkey with Italian food like lasagna and tortellini.

But this year marked the beginning of a new tradition.

“I’m pumped. This is going to be great,” Scott Henkel said before the Thanksgiving meal.

The veteran and former U.S. Army captain served in hundreds of missions in Afghanistan with his team years ago. On Thursday, they got together for a Thanksgiving celebration year along the way.

“We talked a lot about it when we were abroad, in one of these days we will get the team back together,” Henkel said. “We drove in the same truck together – all of us – hundreds and hundreds of times.”

On his team was the Afghan interpreter Ahmad Siddiqi, who has just arrived in Colorado after he and his family safely came out of Afghanistan in late August after taking over the Taliban.

Siddiqi and his family moved to the area a month later with the help of the Henkel family.

“We’ve always had a mixed Thanksgiving, so now we have to have an Italian, American, Afghan Thanksgiving,” Henkel said.

When the Siddiqi arrived, there were emotional embraces between the veterans.

Siddiqi was always familiar with Thanksgiving when he was with Henkel in Afghanistan, but never like this.

“It’s a big Thanksgiving because I have colleagues here with me after 15 years,” Siddiqi said. “In fact, it’s a blessing. It’s a blessing, yes.”

Now Henkel hopes they can celebrate Thanksgiving this way every year.

“Brand new tradition – we want to do this every year,” Henkel said. “It’s just, this is amazing. This is all Thanksgiving should be.”

Siddiqi generally said he was happy to have his family to this day.

“Having my family, having the larger family, extended family,” he said. “New tradition, exactly, yes. But it’s a good tradition to have. People around one table, enjoying the food and enjoying the good memories.”