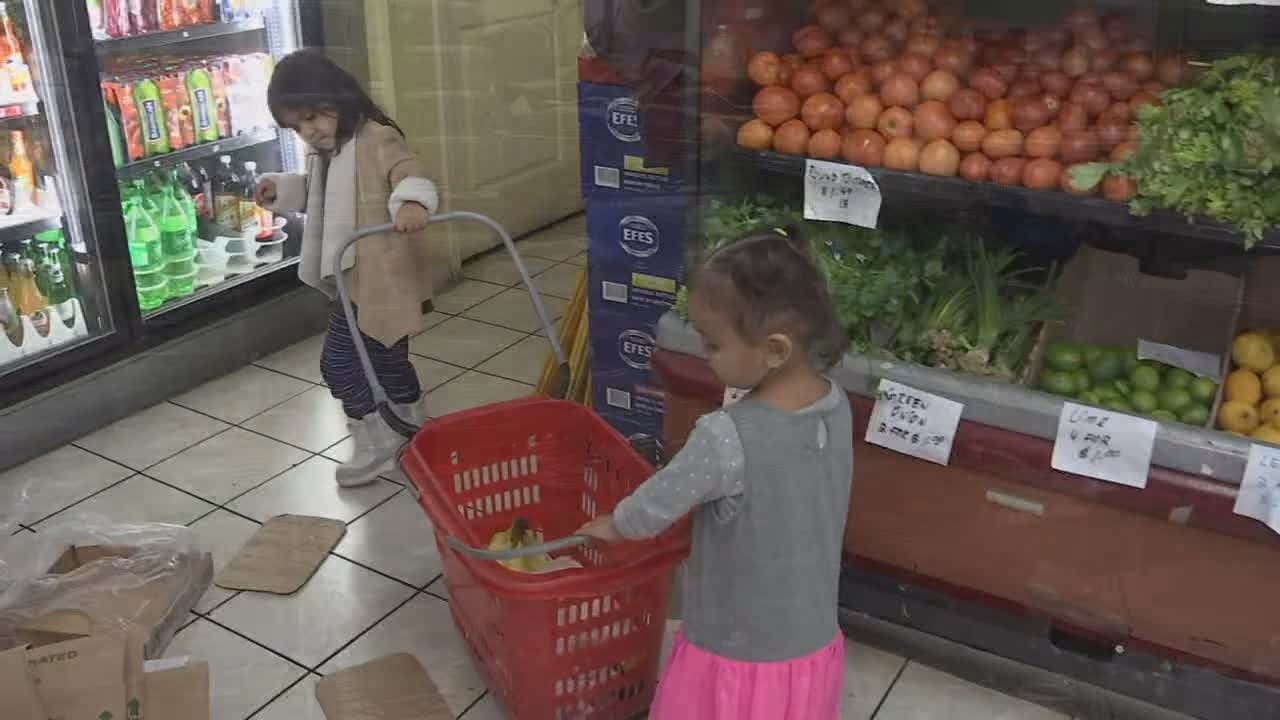 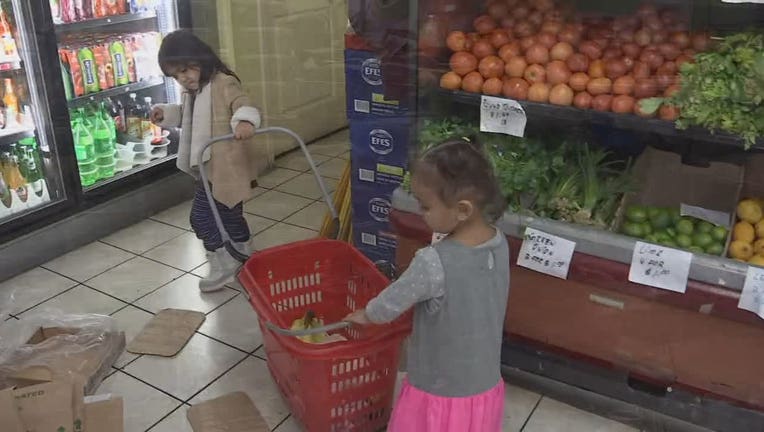 Manira and Manija trade at the Zam Zam market in Fremont after arriving from Afghanistan in November.

FREMONT, California – Mohammed Hashim Sajad is looking for a job as an electrical engineer. His wife, Raihana Baqayee, wants to cut hair. The couple hopes to enroll their two young daughters, Manira and Manija, in school.

But this family of four longs for the ordinary. That’s after they fled the Taliban in Afghanistan in late August and then spent an 80-day trip to Qatar and a treatment center in Wisconsin before arriving in Hayward this month as refugees.

“The feeling is very happy. My children are happy. My wife is happy,” Sajad said recently, speaking from the offices of the Afghan Coalition in Fremont, a nonprofit agency that helps provide legal assistance to immigrants, housing, clothing and other social services they need to adapt to life in the United States. “I thank God when I wake up in the morning.”

According to the 2019 census, about 150,000 Afghans live in the United States, and the majority of them chose to live in Fremont and the surrounding areas. The rolling hillsides remind Afghans of the home, and many already have friends and family here, or at least circles of people who speak Dari and Pashto. Fremont even has a district nicknamed “Little Kabul” that reflects the significant Afghan presence in Bay Area’s fourth largest city.

Afghans like the Sajid family are now seeking refuge as part of a third modern wave of immigration. The first two waves came in the 1980s after the Soviet invasion of Afghanistan, and the second was after 9/11, when the Taliban’s fundamentalist government took over the country following the terrorist attacks on the United States.

This latest wave started late in the summer after President Joe Biden decided to withdraw military troops from Afghanistan because he wanted to end the 20-year war there, which cost American lives and resources.

At the same time, the Biden administration orchestrated an unprecedented evacuation of Afghanistan, and air transport of about 120,000 Afghans out of the country when the Taliban government moved in.

And now the evacuated Afghans are seeking to rebuild their lives in the diaspora.

Among their biggest obstacles: Finding housing.

Providing a place to live in the Bay Area to anyone, let alone refugees from a poor country, is among the most difficult tasks.

“There is a saying in Farsi,” said Madeena Siddiqui, a volunteer in the Afghan coalition. “If I can not help my country, the closest thing is to help my people. We are the bridge that helps families settle and have an easy transition to this new life. It is extremely expensive to live in the Bay Area.”

She said the Afghan coalition is working with city officials to come up with a plan for Afghans to resettle. 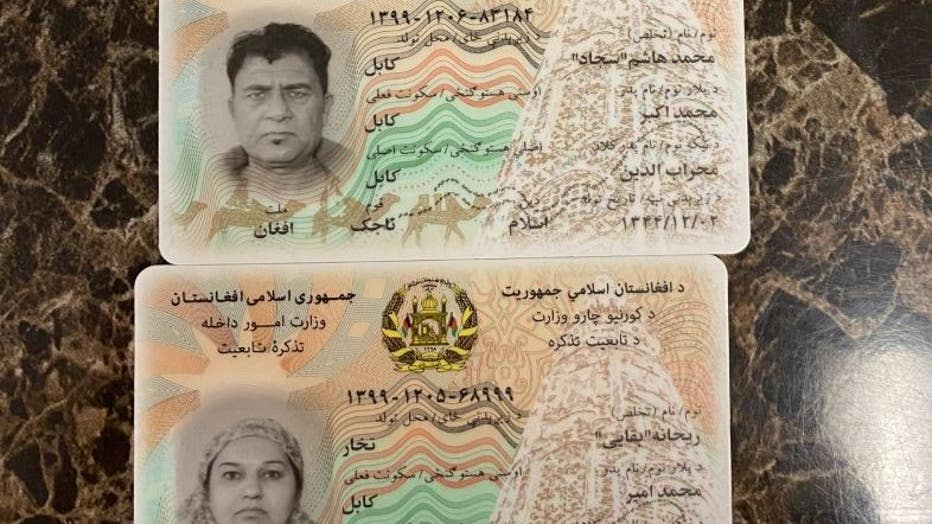 Mohammed Hashim Sajad is looking for a job as an electrical engineer. His wife, Raihana Baqayee, wants to cut hair.

But despite their financial worries, the family cannot believe their luck in escaping the Taliban, especially since Baqayee’s father is a well-known general in the U.S. Army who puts a target on his back.

As they fled their homeland, Baqayee described chlorinating through barbed wire at Kabul airport in their swift flight. Bullets hissed from their heads. Their skin peeled off, their hands bled.

“As a mother, I had to sacrifice myself and take my children’s pain,” she said, speaking through a translator. “I had to swallow it and realize this is temporary pain and we’ll get through this.”

The kids have already eaten an American breakfast with pancakes and eggs. They have been finding temporary housing for a month in a Hayward AirBnB. And Sajad already has his H1B visa in hand; he hopes he can soon get him a well-paid job as an electrical engineer in Silicon Valley. Baqayee is looking for any job; from babysitting to re-enrollment in beauty school.

While their immediate family is safe, Baqayee said she still has relatives left in Afghanistan.

And she cares about them.

Lisa Fernandez is a reporter for KTVU. Send an email to Lisa at [email protected] or call her on tel 510-874-0139. Or follow her on Twitter @ljfernandez 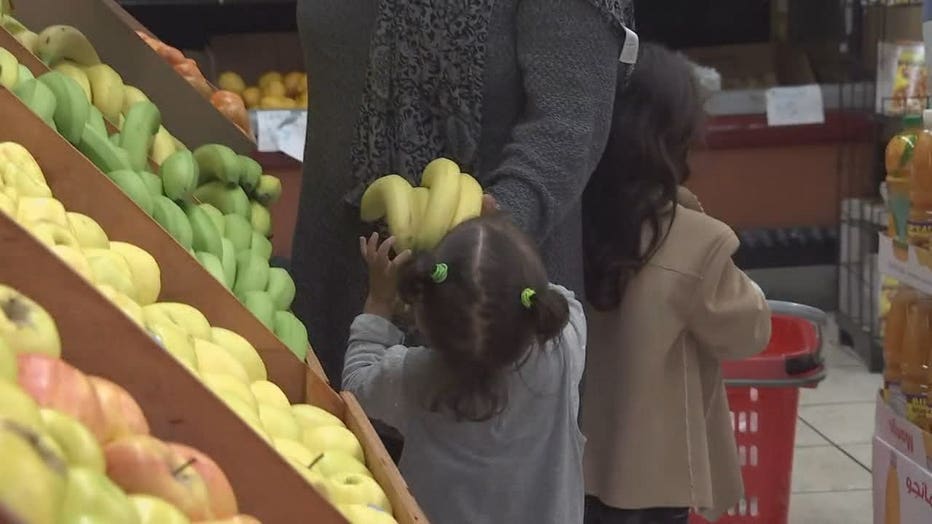 Shopping for bananas at Zam Zam Market in Fremont. 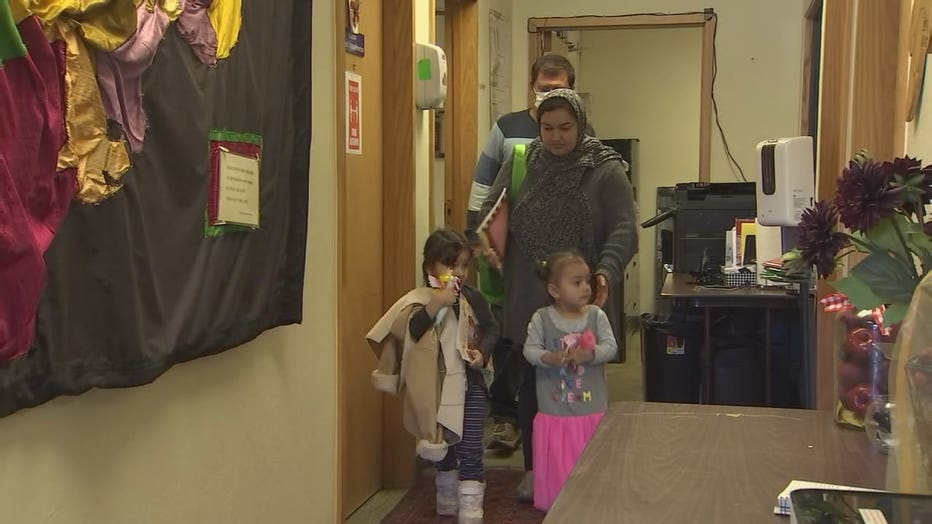 Raihana Baqayee joins her daughters in the Afghan coalition in Fremont. 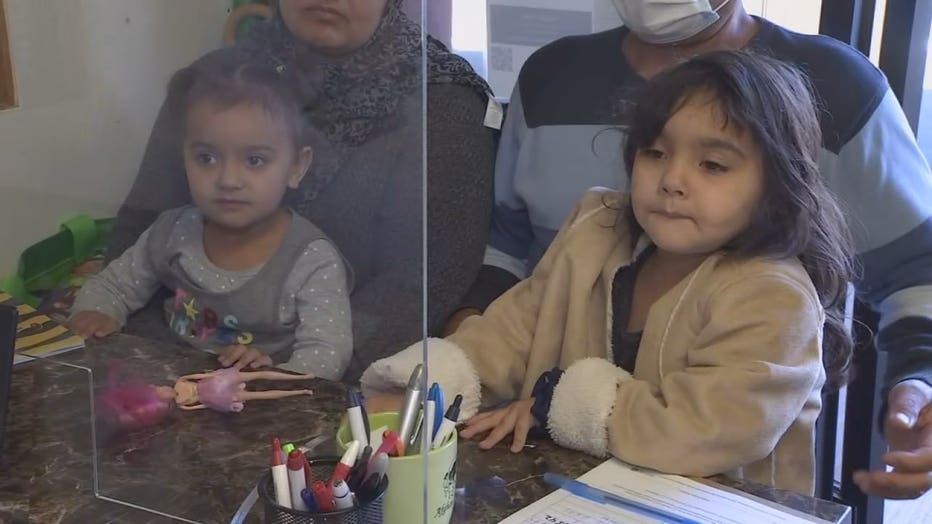 Manira and Manija are sitting on their parents’ lap with the Afghan coalition in Fremont.