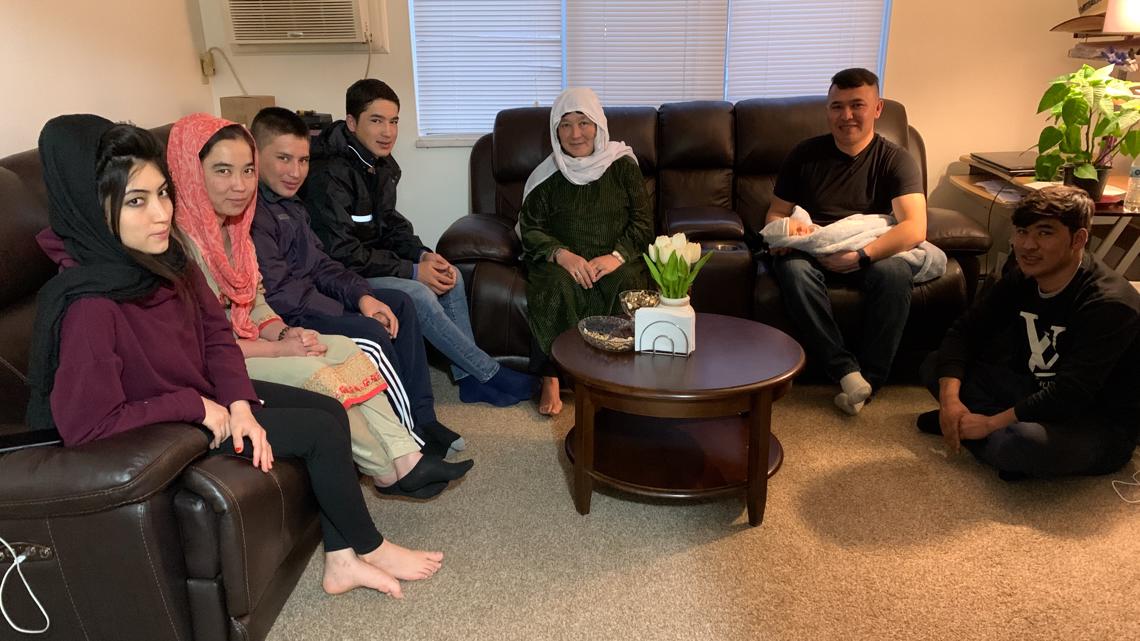 Bismillah Paiman, a specialist with the U.S. Army Reserves, says, “When they were in danger, at high risk in Afghanistan, I could not sleep honestly.”

An Afghan family is back together after fleeing the Taliban regime and reuniting with a family member who came to the United States years ago.

The Paiman family arrived in Toledo the day before Thanksgiving and say they now feel free.

“It makes me feel like I’m alive now,” said Bismillah Paiman, a specialist at the US Army Reserves in Monclova, who is thrilled to be reunited with her mother, three brothers and sister.

The entire Paiman family breathes a sigh of relief after a frightening evacuation from their country.

“When they were in danger, at high risk in Afghanistan, I could not sleep honestly,” Bismillah said.

Bismillah is a former interpreter who left Afghanistan in 2014 to come to the United States and become a specialist in Army reserves in Monclova.

He has lived in Toledo for years while his family stayed in Afghanistan.

It is until things took a turn for the worse.

“After the takeover of the Taliban, it was very difficult for almost everyone. Especially for those affiliated with some American people. It was very, very dangerous for them,” Bismillah said when translating for his brother Shokrullah.

He says the whole family was pretty much trapped inside their home.

Knowing this, he reached out to his commander and asked for help.

From there, they reached out to senators and other U.S. officials.

“From Kabul to Mazar-i-Sharif, everyone was worried.” What if something happens? What if the bad people stop the bus and get them out, “Bismillah said.

For the past two months, the family has endured several flights through several airports, but was finally reunited in Toledo just in time for Thanksgiving.

For Bismillah, a new father, it means a new beginning.

“I’m very relieved. I appreciate my command team. The Air Bridge people. They are superhuman. I would call them, they are heroes. They are always my leaders,” Bismillah said.

While the Paiman family are happy to be together, they are still not all under one roof, as they are currently split between an apartment and an Airbnb.

But being all in one city, safe from the threat of harm, is a dream come true.

And while the family is looking for a place to live, his commander receives donations.

The family also says they are excited to start the process of becoming U.S. citizens.