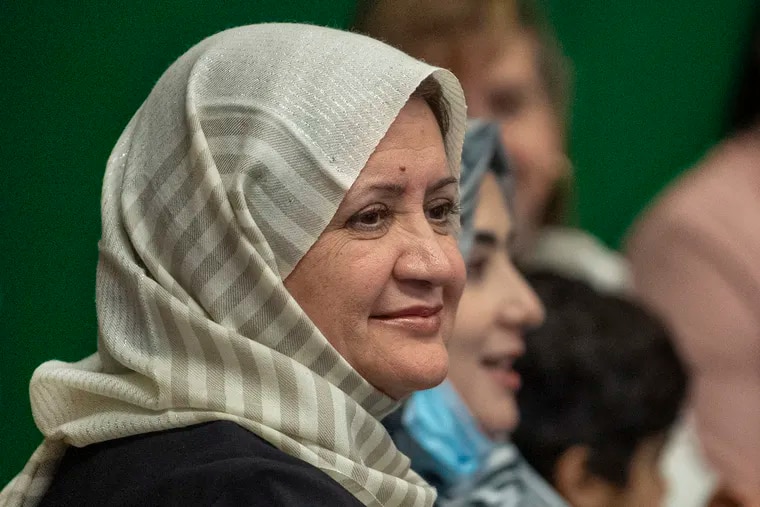 He did so when he traveled.

And others knew him.

The welcome act can take many forms, and on Wednesday night it came in the form of a seated dinner among strangers – 20 Afghan evacuees who are being resettled in Philadelphia and a dozen of their new neighbors.

Over dishes of basmati rice, chicken korma and vegetable samosas, people who have lived in the city for ages met with those who have just arrived, and the disaster in Afghanistan both brought to an environment where new friendships can be made.

The meeting was organized by Jared Solomon, a state representative in northeast Philadelphia, who sees dozens – and soon potentially hundreds – of Afghan voters settle in his district.

He wanted them to know that they are a good place where he and others, physically present, will try to help them begin a new life.

“Welcome to Philadelphia!” Salomon announced at the start of the dinner.

“Thank you!” someone called back.

The conversation took place in Pashto and Persian and English, spurred on by translation assistance called on mobile phones and, when necessary, by the shoulders of newcomers who spoke three or four or five languages ​​and may have worked as interpreters for the US military effort in Afghanistan.

What were people talking about? Everything. Nothing. Their children. Where they live. How they like it. The work they do or did or hope to do again.

“I’m very happy to meet the new people from Philadelphia,” said Rabia Ibrahimi, speaking in Persian translated by her husband, Ismail, who worked for USAID, the major state development agency. “I immediately liked the old city. The center of Philadelphia looks to me like an old city in Kabul.”

The parents and their three sons arrived in Philadelphia 10 days ago, after nearly two months on a first stop, overseas evacuation center. They are staying at a hotel near Chinatown while waiting for permanent residence.

“Good, good, good” was the verdict of their eldest child, 12-year-old Mohammad Rahim Ibrahimi, over both the food and his new country.

The tragedies in Afghanistan remained largely unspoken, set aside for at least one night.

“They want to know their neighbors – it’s a whole new community for them – and that they belong here,” said Taj Sheikh, a resettlement caseworker at HIAS Pennsylvania.

Philadelphia is proud to be a “welcome city,” and every day since August, it has been asked to prove it. The nation’s central arrival point for evacuees has seen 27,228 countries at Philadelphia International Airport, and is now heading for the challenges of resettlement as overworked immigrant aid workers struggle to identify housing in a difficult market.

The chaotic air evacuation in August has delivered about 50,000 Afghans to temporary neighborhoods at eight U.S. military installations, including about 11,000 at Joint Base McGuire-Dix-Lakehurst in South Jersey.

Now more people are leaving the bases and are on their way to permanent homes in communities around the country. About 700 are expected to settle in Philadelphia, among more than 1,500 across Pennsylvania, but both numbers could easily rise.

“I’m a patriot and I love this country, and the foundation of this country is immigrants,” said Leslie Spina, CEO of Kinder Academy Preschool in the Northeast, who attended the dinner.

Most of the Americans who ate in the market’s Rick Nichols Room live or work in northeast Philadelphia, where the city’s Afghan community is concentrated. Once a bastion of white working-class Irish, the Northeast has become dramatically more diverse as immigrants come from China, Brazil, Portugal, Russia, and the Dominican Republic.

Beatriz Gomez moved to northeastern Philadelphia from Colombia seven years ago so she knows what it’s like to be a foreigner in this country. That’s why she came to dinner. She wanted the Afghans sitting around her to know that they have followers here.

He served as an interpreter for the U.S. Special Forces in Afghanistan and also helped U.S. organizations and news agencies, especially when the country fell to the Taliban.

“It’s great to be here,” said Shirzad, who lives south of Northeast Philadelphia Airport with his wife and three young sons. “To meet Jared and people from the agencies that help refugees.”

In Afghanistan, Mohammadi was a teacher for Skateistan, an international non-profit organization founded in Kabul that uses skateboarding to help children grow and learn. It suspended operations when the Taliban took control and two-thirds of its staff left the country.

Sitting down for dinner, Mohammadi said he was not sure of the future. But he is not afraid of it either.

He has a place to live in southern Philadelphia. He is working on improving his English. And he has been to a city skate park, which offered comfort and familiarity.

Philadelphia, he said, seems like a great skateboarding city.