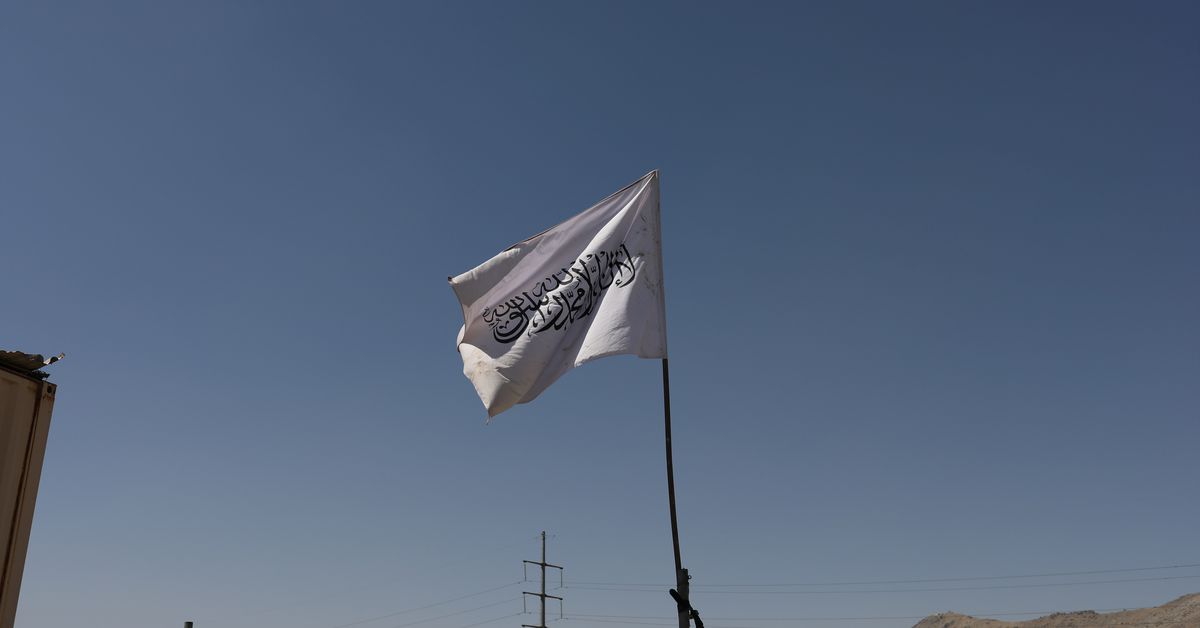 The flag of the Islamic Emirate of Afghanistan (Taliban) was hoisted at the military airfield in Kabul, Afghanistan, on September 5, 2021. WANA (West Asia News Agency) via REUTERS

WASHINGTON, September 15 (Reuters) – A group of Afghan diplomats from the ousted government in Kabul have issued a first-of-its-kind joint statement urging world leaders to deny the Taliban formal recognition and blaming them for “leaving our people at 1 p.m.” the grace of a terrorist group. “

The declaration, which was provided to Reuters prior to its public release, was signed by two dozen officials who operated in a kind of diplomatic twilight, without any government to represent, but still working from missions in the United States, Britain, France, Turkey and others. places.

The diplomats who signed the heavily worded letter were all below the rank of ambassador.

“We are disappointed that, after twenty years of commitment, our allies are leaving Afghanistan and leaving our people at the mercy of a terrorist group,” the diplomats wrote.

The letter also called on world leaders to use all available means to stop the Taliban’s violence against women, civil society activists and journalists.

It contained warnings about the global consequences of the Taliban’s overthrow of the Afghan government.

“The Taliban’s success in seizing power through illegal and violent means … encourages terrorist and violent extremist groups around the world,” they wrote, adding that the violent takeover “normalizes violence.”

Jawad Raha, first secretary at the embassy in Washington, told Reuters that his outpost was still in operation, with diplomats focusing on providing services to Afghans living in the United States and drawing attention to the situation in Afghanistan.

Raha said the embassy had taken down Ashraf Ghani’s picture after he abruptly left the presidency and left the country on August 15, leaving Kabul for the Taliban.

“We were all sad, like the other embassies, (over) the way he left the country,” Raha said.

Ghani said last week that he was traveling because he wanted to avoid bloodshed, and denied allegations that he stole millions of dollars on the way out.

The diplomats’ statement called for the establishment of an independent, international inquiry mission into Afghanistan “to ensure justice and accountability.”

It also called on world leaders to consolidate efforts to create a negotiated, all-inclusive government in Afghanistan, “acceptable to all people in Afghanistan, including women and minorities.”