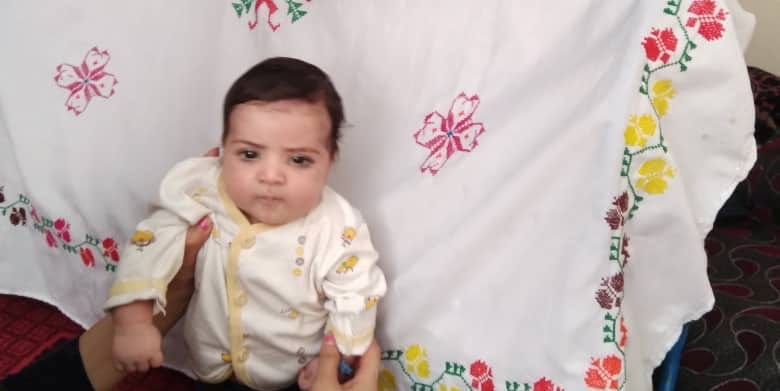 It is almost three months since Mirza Ali Ahmadi and his wife, Suraya, have seen their baby, Sohail.

Ahmadi, Suraya, their five children and dozens of other Afghan citizens gathered outside the airport in Kabul, Afghanistan, on August 19 as U.S. troops facilitated a chaotic military and civilian withdrawal following the Taliban’s rapid takeover, parents told Reuters earlier this month. . .

The crowd grew rapidly and the couple feared that Sohail, then 2 months old, would be crushed into disorder. So when a U.S. soldier behind the fence asked if they needed help, Ahmadi and Suraya handed over their child in the belief that they would be reunited when they reached the entrance 16 feet away, the Reuters report said.

But then the Taliban began pushing hundreds of people back, Ahmadi said, and the family could not reach the other side of the airport fence for more than half an hour. When they finally got inside, Sohail was gone. They could not find the baby anywhere, Ahmadi told Reuters.

Ahmadi, who said he worked as a security guard at the U.S. embassy for a decade, asked any official he could find about his missing son, trusting his Afghan colleagues to help translate. His search continued for hours and then days.

“I was talking to maybe more than 20 people,” Ahmadi told Reuters. “Every officer – military or civilian – I came across I asked about my baby.”

Ahmadi told the business he had seen other families handing over their babies to U.S. troops under the airlift. Footage of a child being led over the airport fence drew headlines; that baby was eventually reunited with his parents.

Ahmadi said a civilian official told him that Sohail may have been evacuated by himself due to the imminent danger at the airport.

Three days later, the family flew to Qatar and then to Germany, Reuters said. Ahmadi, 35, Suraya, 32, and their other children – ages 3, 6, 9 and 17 – eventually landed in the United States; they are awaiting resettlement in Fort Bliss, Texas, the report said.

The family continues to search for Sohail and has asked relief workers and officials if they have heard the rumble from an orphaned child, Ahmadi told Reuters.

“Everyone promises they will do their best, but they are just promises,” he said.

A State Department spokesman told Insider the government was aware of Sohail’s case and was working with international partners to “explore all avenues to locate the child”, including having issued an international Amber Alert. Meanwhile, an Afghan refugee support group has circulated a “missing baby” sign with Sohail’s picture, Reuters reported.

Suraya told Reuters she spent most of her time crying in Sohail’s absence.

“All I do is think about my child,” she said. “Everyone who calls me, my mother, my father, my sister, they all comfort me and say ‘don’t worry, God is kind, your son will be found’.”