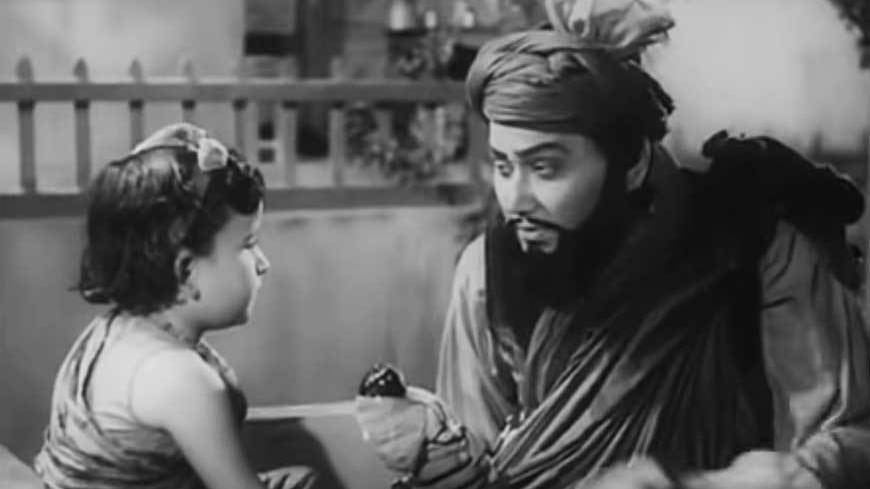 A still image from the 1961 Hindi movie Kabuliwala, directed by Hemen Gupta.

A still image from the 1961 Hindi movie Kabuliwala, directed by Hemen Gupta.

KOLKATA, India – When Ahmed Khan fled to India from his native Afghanistan three years ago, he left behind the constant noise of rocket fire and a desperate search for work in a devastated economy. He was also given a new nickname: “Kabuliwala.”

“Kabuliwala” refers to a person from the Afghan capital Kabul in Bengali, Hindi and Urdu – some of the languages ​​spoken in Khan’s new city, formerly known as Calcutta. The city was the colonial capital of India and a long-standing trading center and remains one of the subcontinent’s most diverse places, having absorbed migrants from all over South Asia and the world for centuries.

“There was no work in Afghanistan. I received no specific threats on my life, but there were constant fights between the Americans and the Taliban,” he told NPR as he sat in a friend’s textile shop in a busy market area. Khan has since been granted UN refugee status and a job selling dried fruit. In mid-August, about 18,000 documented Afghan refugees like Khan lived in India, experts say, often under uncertain circumstances.

What Khan did not know before settling here was that another Kabuliwala’s life story was already well known by many Indians – even those who had never met an Afghan in person. In fact, reading is required in many Indian schools.

“The Kabuliwala” is a fictional short story by one of India’s most beloved writers, Rabindranath Tagore. He wrote it in the 19th century and based his main character, an Afghan migrant, on Kabuliwalas, he saw in his own Calcutta orbit.

History helped fight prejudice against migrants and refugees in Tagore’s time, according to historians and researchers. And it is increasingly relevant now, they say, with Afghan refugees again in the news, Islamophobia rising in India and large parts of the world, and discrimination of immigrants everywhere.

Portrait of the Indian writer and poet Rabindranath Tagore, circa 1935.

The storyteller is a father who one day looks out of his Calcutta window to see his 5-year-old daughter playing in the street with a bearded, messy Afghan shopkeeper – a Kabuliwala. The father cringes.

With his hollow expression and dirty clothes, the Afghan man looks a bit threatening. He walks the streets selling dried fruit from the pockets of his voluminous cloak. The locals joke that he might kidnap children and hide them in the folds of his cloak.

He wore his people’s loosely soiled clothes, with a tall turban that had a bag on its back, and he carried grape boxes in his hand. … When [the girl] so this, overcome by horror, she fled to her mother’s protection and disappeared. She had a blind faith that inside the bag that the big man was carrying, there were maybe two or three other children like her.

The Library of Congress

The Library of Congress

But the 5-year-old Mini is fast becoming more confident. She forms a playful friendship with Kabuliwala, whose name is Rahmat. They laugh together at puns. His face lit up around her.

Later, Kabuliwala is involved in a dispute over money in the neighborhood and is sent to prison. Mini grows up and she and her father, the narrator, forget the Afghan man who was once a fixture on their street.

Cover for the 1961 film Kabuliwala directed by Hemen Gupta.

At the end of the story, on Mini’s wedding day, the Kabuliwala returns. He is older, even more distressed and still poor. Again, the narrator is annoyed. It is unfortunate that this poor man shows up on his daughter’s wedding day.

“The refugee symbolizes chaos, anarchy. In our safe lives, they are a reminder of the chaos, of the hopelessness, of the disturbance of other countries,” said Suketu Mehta, a writer who read “The Kabuliwala” as a teenager in school. in India, and then emigrated to the United States and wrote his own books on the immigrant experience. “We just do not want them in our homes – especially on our daughter’s wedding anniversary.”

But then comes the climax of the story: the Kabuliwala pulls out a crumpled piece of paper. On it is a handprint, in soot, from his own daughter back home in Afghanistan. He has had it in his breast pocket for years.

He is also a father. His friendship with Mini was born out of longing for his own little girl, whom he was forced to leave behind and misses a lot. He was away in India all her childhood.

“I first read the story in my teens, and now I’m a father – and it’s so much the more moving,” Mehta says.

The narrator is ashamed that he judged Kabuliwala unfairly. He now recognizes him as a father-in-law who loves his daughter and has dealt with the pain by being separated from her. This realization comes on the same day that the narrator is preparing to be separated from Mini as she marries and moves in with her in-laws.

Exterior of the Tagore Museum in Kolkata, India. The museum is housed in the home of Rabindranath Tagore’s ancestors, where he wrote many of his most famous works. He was awarded the Nobel Prize in Literature in 1913 – the first non-white person to win this prize.

“I think the whole world should read this story! Anyone dealing with refugees. We now have something along the lines of 300 million people living in a country other than the one in which they were born,” Mehta says. “The Afghan global diaspora, there is a lot of resistance [around the world] to them. Tagore would have been ashamed. “

First published in Bengali in 1892, “The Kabuliwala” made Tagore famous. There have been many film adaptations of the story in Bengali, Hindi and English. Tagore went on to become the first non-white person to win the Nobel Prize in Literature in 1913.

He was also a poet and composer: he wrote compositions that would eventually, after his death, be adopted as national anthems for two countries, India and Bangladesh.

“He is our heaven! Tagore, for us, is not only the poet-philosopher,” says Baisakhi Mitra, curator of the Tagore Museum in the home of the deceased author’s ancestors. “The moment a Bengali child comes to consciousness, I think the first big figure he meets is Tagore. And of course. [Mahatma] Gandhi is there! But he will come later. “

Street scenes in present-day Kolkata, a city in eastern India occupied by Afghan migrants and refugees for generations. Formerly known as Calcutta, it was also the hometown of Rabindranath Tagore and the setting for one of his most famous short stories, “The Kabuliwala”, about an Afghan migrant.

Mitra says “The Kabuliwala” helped change Indians’ attitudes toward migrants and refugees, especially Afghans, during Tagore’s life. In the years before he wrote the story, Afghans had fled to India to escape British and Russian fighting in their country.

“Kabuliwalas from real life were much feared [in 19th century India]. But here in this story we see a Kabuliwala who is also a father, “says Mitra.” The concept is universal fatherhood. “

She remembers an episode from her own childhood when a Kabuliwala approached her and her mother at a train station in Calcutta.

“I remember my mother telling me that a Kabuliwala at the station picked me up when I was very young. Normally my mother would have been very scared, but she remembered this story and she was alert but not scared. “remembers Mitra. “So I think, yes, it did very good for the Bengali psyche.”

Mehta, the Indian-American author, says that “The Kabuliwala” captures the immigrant experience like no other story. It should be required reading in schools around the world, he believes – especially now with constant news headlines about xenophobia, racism and the scenes of desperation at Kabul airport in August.

Two Kabuliwalas, with centuries apart, experience the same pain of leaving their children behind

Like Kabuliwala in Tagore’s history, Ahmed Khan traveled to India alone in hopes of earning a better life. He also sells dried fruit. And by chance, he settled in Tagore’s hometown – even though he did not know it as such.

He also has a little girl, whom he left behind in Afghanistan, and misses a lot. Her name is Sayema. She is 5 years old, just like the Mini from the story.

“She talks a lot! And plays with toys,” Khan recalls, smiling as he sits cross-legged on the floor of his friend’s textile shop. “She used to say, ‘I have to be a doctor when I grow up. I want to prescribe medicine to patients.'”

Khan often exchanges WhatsApp messages with his wife back in Kabul. He hopes to bring her and their daughter to India soon. For now he becomes longing when he sees Indian children in his new city.

“They remind me of my own daughter,” he says.

Khan had never heard of Tagore or his Kabuliwala from the 19th century before NPR told him about them, but says he would like to read the story now. Perhaps, he thinks, the Indians’ knowledge of it – and its theme of compassion for outsiders – has made things easier for him. The local community in Kolkata has embraced him. He has learned to speak Hindi.

And despite rising Islamophobia in India and large parts of the world, Khan says he personally has not felt it – at least not in this city where Tagore is loved and almost everyone has read his Kabuliwala story.

NPR producer Sushmita Pathak contributed to this story from Kolkata.